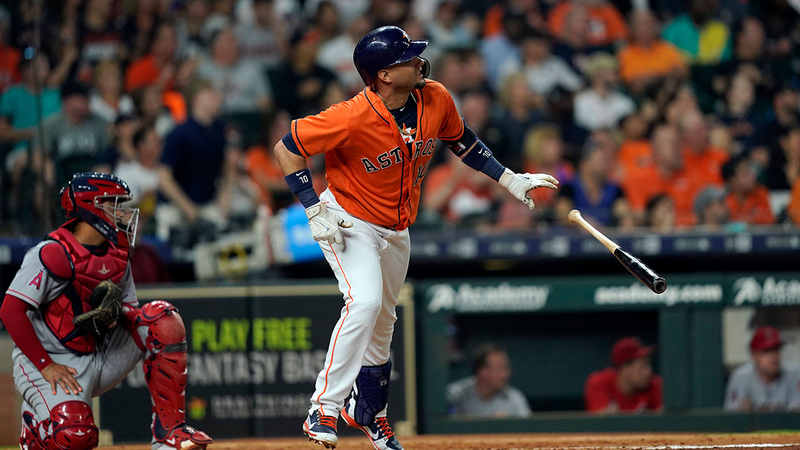 Yuli Gurriel, who defected from Cuba, has become star for the Astros, known for an explosive swing and and explosive hairdo.

HOUSTON, Texas (KTRK) -- If last week's slate of Astros home games was any indication, Yuli Gurriel is peaking at the right moment.

On Monday, Houston's star infielder was named the American League Player of the Week off of a strong seven games that included a league-high 10 RBI over that slate. His outings helped the Astros inch closer to an AL West title after notching five wins.

Gurriel went off in last Friday's game vs. the Angels, hitting two home runs, one of which was a grand slam.

In addition, Gurriel last Monday recorded his 80th career double during his 300th career game in the Majors.

The 34-year-old from Cuba joins Evan Gattis, Alex Bregman and Justin Verlander as the Astros who earned the player of the week honor this season.

The Astros also boast monthly awards for Verlander and Bregman in 2018.

As a celebration gift, Yuli has a reunion in line with brother Lourdes Gurriel Jr., a Blue Jays infielder, when Houston plays in Toronto beginning Monday.

In a season of improbabilities, one Astros star took a nontraditional path to the World Series.