GREEN BAY, WI -- Aaron Rodgers threw for 209 yards and two touchdowns, and the Green Bay Packers pulled away from the Houston Texans with two fourth-quarter touchdowns for a 21-13 win Sunday to get back to .500.

The Packers (6-6) weathered snowy conditions at Lambeau Field, making just enough plays on the cold turf to even their record for the first time since they were 4-4 after losing to Indianapolis on Nov. 6.

Scroll down for game live blog!

Brock Osweiler connected with DeAndre Hopkins for a 44-yard touchdown pass with 1:51 left to get within eight for Houston. Nick Novak missed the extra point, with footing slippery at Lambeau.

The Texans (6-6) had one last shot after the Packers failed to run out the clock. But Osweiler's last-ditch pass-and-lateral play from Houston's 12 with 4 seconds left failed, handing Houston its third straight loss.

SEE ALSO: A day in the life of a Texans wife

The Packers broke a 7-all tie when Rodgers found Jordy Nelson open in the end zone for a 32-yard touchdown pass with 12:42 left after Texans cornerback Charles James slipped on the turf.

Aaron Ripkowski's 3-yard touchdown run with 4:11 left proved to be the decisive score for Green Bay, which has won two straight following a four-game losing streak.

Hopkins finished with just two catches for 55 yards for the Texans.

Rodgers was 20 of 30. He looked OK after being limited in practice with a left hamstring injury, taking off for a couple runs, though he didn't seem to have his usual mobility on the slippery turf.

Rodgers didn't face much pressure in the first half against a Houston defense minus injured end Jadeveon Clowney. The Texans started getting more pressure on Rodgers in the second half.

On a snowy day, Rodgers didn't eclipse 100-yards passing until late in the third quarter

Osweiler has faced heat for the Texans' offensive struggles this season. He was composed in the second half in leading Houston on 10-play, 63-yard drive that ended with a 6-yard touchdown pass to Ryan Griffin on fourth-and-1 to tie it at 7 with 7:32 left in the third quarter.

Randall Cobb had fun in the snow. The wide receiver did a snow angel in the end zone after a sliding, 9-yard touchdown catch in the second quarter that gave the Packers a 7-0 lead.

The Texans came up with two big fourth-down plays, one on each side of the ball. Linebacker Brian Cushing stopped Ripkowski on fourth-and-2 from the Texans 48 for a 2-yard gain with 6:09 left.

On the previous series, Griffin did a Lambeau Leap into the waiting arms of a group of Texans fans after his 6-yard touchdown catch on fourth-and-1 finished a 10-play, 63-yard drive.

Julius Peppers still packs a pass-rushing punch for the Packers. A sack of Osweiler on second-and-1 at the Houston 41 with 56 seconds left in the second quarter gave the 15-year veteran 142 1/2 for his career, snapping a tie for fifth on the career list with Michael Strahan. Chris Doleman is fourth on that list with 150 1/2.

Peppers has sacks in three straight games. The Packers have been trying to limit his snaps this season, at least when their once-deep pool of pass rushers hasn't been depleted by injuries.

Texans: WR Braxton Miller left with a shoulder injury after being driven to the cold turf by safety Ha Ha Clinton-Dix in the second quarter.

Packers: LB Jake Ryan left for a few series in the first half after appearing to aggravate an ankle injury that kept him out the previous two weeks. ... LB Nick Perry, who leads the team with eight sacks, returned with his left hand heavily wrapped after missing most of the first half with the injury. 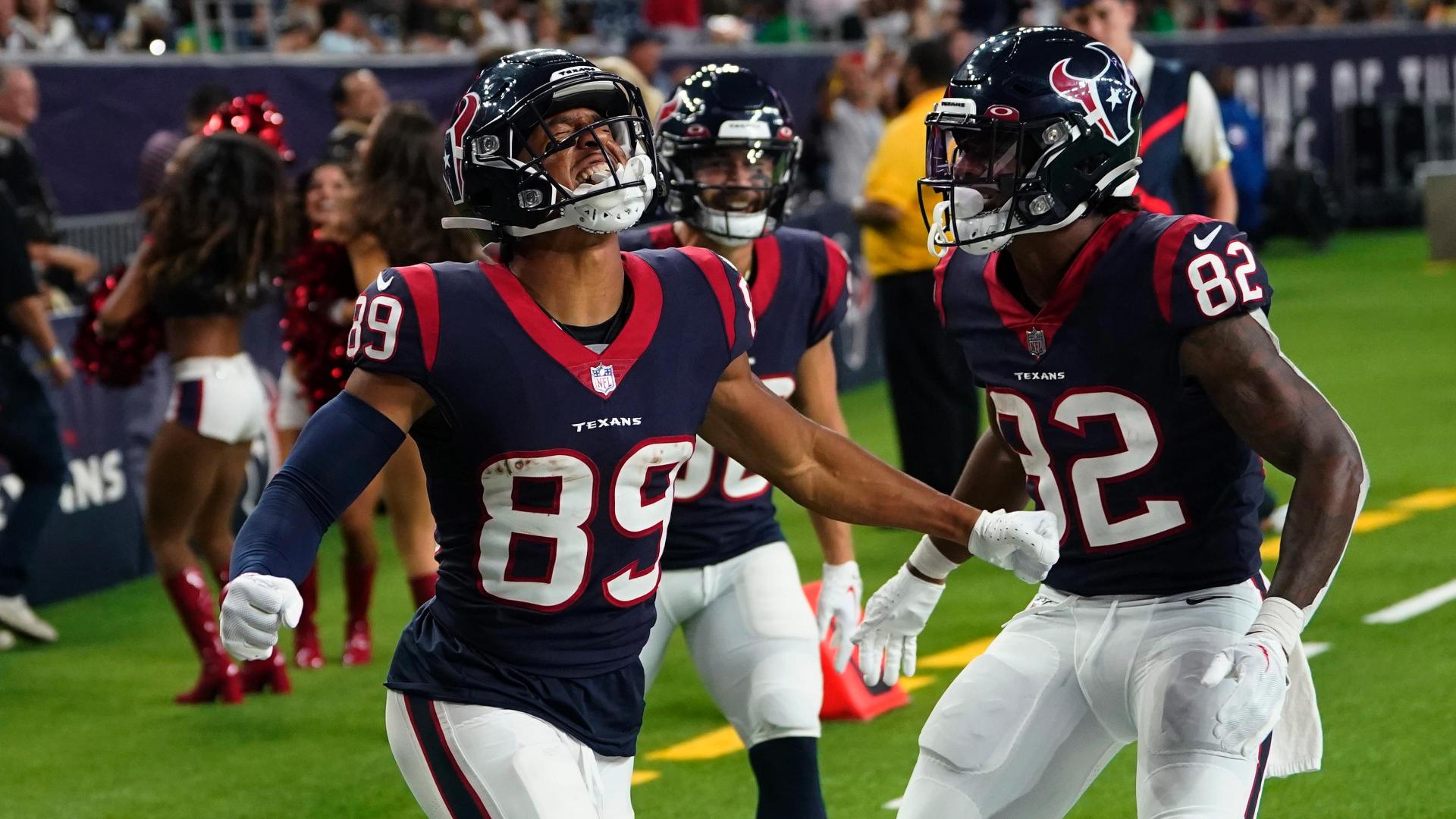