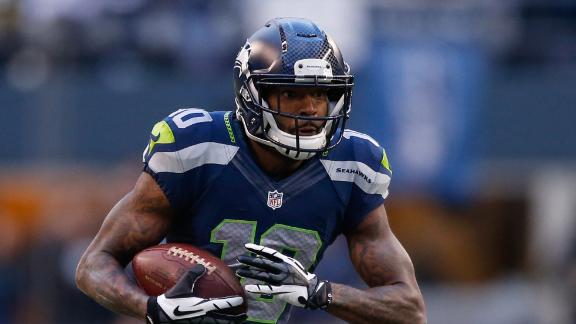 Seattle Seahawks rookie wide receiver Paul Richardson suffered a torn ACL in the team's divisional round playoff game Saturday night and will be out the remainder of the playoffs, sources confirmed to ESPN on Sunday.

The injury, which was first reported by FoxSports.com, could impact whether Richardson is ready to play for the start of the 2015 season. An ACL injury and surgery can include a nine-month rehab period or longer.

Richardson was the top draft pick for the Seahawks in 2014 as a second-round choice out of Colorado. His playing time increased after Percy Harvin was traded to the New York Jets in October.

Richardson had an ACL tear in his left knee at Colorado during a spring practice session in April of 2012.

"Paul sprained his knee that he's had worked on before, so we'll see," Seahawks coach Pete Carroll said after Saturday's 31-17 victory against the Carolina Panthers. "We're not sure. Sometimes you can't tell on the tests right now. But he's pretty sore it looked like."

Richardson also has been the Seahawks' primary kickoff returner since the Harvin trade with 16 returns for a 23.5-yard average in the regular season. Receiver Doug Baldwin likely will take over those duties now.

Richardson's injury likely means more playing time for rookie receiver Kevin Norwood, a fourth-round pick out of Alabama. Norwood, who had nine receptions for 102 this season, was inactive for the game Saturday.