Patriots' Rob Gronkowski ruled out for Sunday's game vs. Cardinals 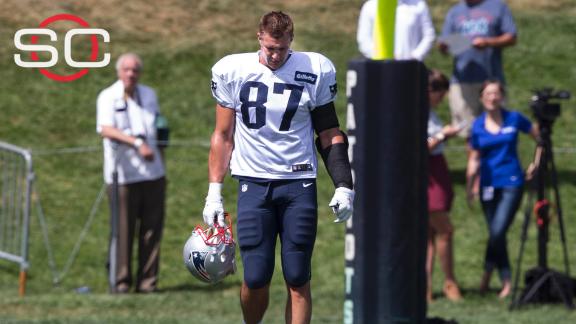 FOXBOROUGH, Mass. -- New England Patriots tight end Rob Gronkowski did not make the trip with the team for Sunday's season-opening game against the Arizona Cardinals and will not play because of a hamstring injury, the Pats announced Friday.

Gronkowski, who was listed as questionable by the club earlier Friday, injured the hamstring Aug. 15 in a joint practice with the Chicago Bears and has been limited since.

Gronkowski said his availability for the game "boils down to a coaching decision, the medical team, and myself; we'll all get together and collaborate and see where I'm at."

Gronkowski's absence takes away a top weapon from third-year quarterback Jimmy Garoppolo,who is making his first career regular-season start. The Patriots have three other tight ends on the roster, with Martellus Bennett likely to fill the biggest part of the void. Clay Harbor andAJ Derbyalso are on the depthchart.