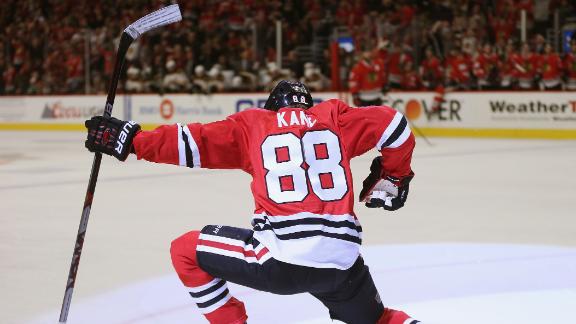 The Art Ross Trophy has gone to the top scorer in the NHL each season since 1947-48, but it wasn't until Sunday that an American won it.

Chicago Blackhawks forward Patrick Kane, a Buffalo native, finished the season with a career-high 106 points to outpace the Dallas Stars' Jamie Benn(89) for the title. Kane finished with career bests in goals (46) and assists (60).

"It is an honor being the first American to win the scoring title as there have been so many great hockey players from the United States in the NHL," Kane said in a statement. "I take a lot of pride in that, but I also take a lot of pride in doing it with the Chicago Blackhawks. I owe a lot to my teammates, coaches and the organization as I couldn't have done this without them. This has been a special season, but we still have a lot to accomplish as a team and I look forward to another long run in the Stanley Cup Playoffs."

The Blackhawks finished third in the Central Division and will face the St. Louis Blues in the first round of the playoffs starting Wednesday. Chicago will attempt to become the first team to win back-to-back Stanley Cups since the Detroit Red Wings in the 1997 and 1998 seasons.

Kane's list of accomplishments this season is long. He became the first Blackhawks player to win the Art Ross since Stan Mikita in 1967-68. Mikita had won it four out of five years, with Chicago's Bobby Hull taking the honors in 1965-66.

Kane posted a26-game point streak (16G, 24A) from Oct. 17 to Dec. 13, the longest run by an American-born player. He had a career-best seven-game goal streak from Nov. 2 to Nov. 15, 27 multipoint games and his first two regular-season hat tricks.

All of these numbers came in an era when scoring is down. He became just one of four players to break the 100-point mark in the past five seasons.

"What a tremendous season for Patrick," Blackhawks general manager Stan Bowman said. "He started the season very strong and carried our team with his dominant play early, allowing our team to stabilize and come together as a group throughout the season. Patrick kept pushing the pace all year long and led not only our team but the entire league which demonstrates how impressive his performance was from Day 1 until Game 82."

Kane will have to wait to find out whether his career year is worthy of the Hart Trophy, given to the league's MVP. He will face stiff competition from Sidney Crosby, Alex Ovechkin, Benn and more.

Kane's linemate Artemi Panarin could be in line for some hardware of his own. He led all rookies in scoring with 77 points and could become the first Blackhawks player to win the Calder Trophy as the league's top rookie since Kane in 2007-08. 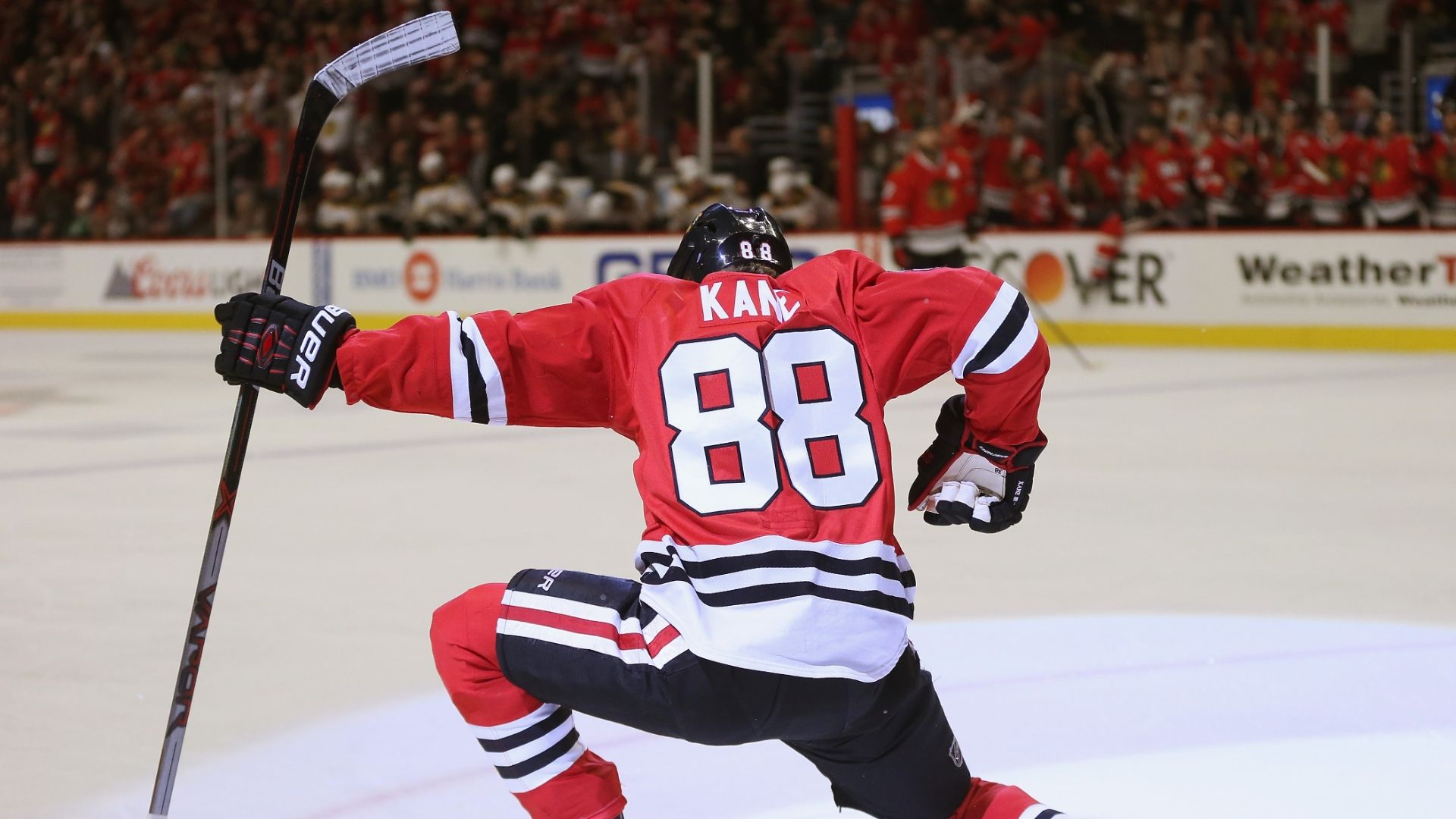