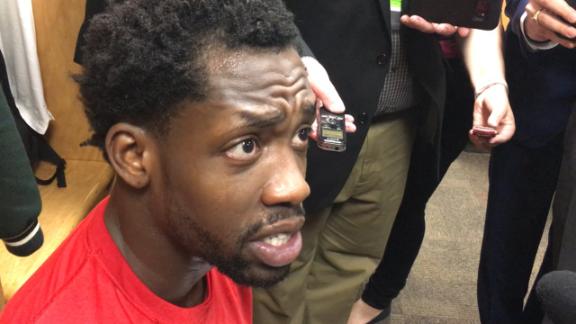 OKLAHOMA CITY -- Houston Rockets forward Patrick Beverley says he didn't feel protected by the NBA after a second-quarter incident with a fan in Oklahoma City on Friday night, so after the game he needed to "address the situation before it gets out of hand."

On Sunday, Beverley was fined $25,000 by the NBA for confronting the fan, who has been identified as the son of one of the minority owners of the Oklahoma City Thunder. Beverley said he didn't think the fan's relationship to the organization had anything to do with the fine. Beverley's issue was with the way the fan yelled at him while he was on the ground, in front of the fan's courtside seat, after a foul.

"I'm not comfortable with that. So if the NBA won't protect the players in that situation, I feel the need as a man, as a grown man who has children, who has morals and who stands up for the right thing, I have to protect myself."

In the first half, Beverley was knocked down after attempting a layup and landed at a fan's feet. The fan was identified as Stuart Scaramucci, son of Thunder minority owner Jay Scaramucci. Beverley got up and immediately started to complain about Stuart Scaramucci.

He pointed at Scaramucci as referee Scott Foster and several Rockets went to help him up. After the game, Beverley approached Scaramucci, who was sitting behind the basket, and they got into a heated discussion.

Rockets forward Sam Dekker went to pull Beverley away, and he left the court as fans yelled at him.

"I felt like I didn't do anything out of the ordinary," Beverley said. "I felt like I addressed him and said, 'At the end of the day, this is a basketball game. This is a game. I'm a grown man, you're a grown man. Let's just keep it professional.' Just like that, 'There's no need for blatant disrespect,' and that's all."

Asked how the fan responded to him, Beverley said, "He shrugged his shoulders like, 'Whatever.' ... His wife puts her finger in my face.

"I accept the 25 [the NBA fine]. It's OK. But at the same time, if it happens again and the NBA won't protect its players, I feel a need as a person and as a man with two young boys, who has a daughter, who has strong morals about myself, who was raised by a single mother to protect myself if no one else is going to protect me.

"And when I mean 'protect myself,' I don't mean go up there and start a fight with a person, because that's not what all happened. I walked up to the guy, and I told the guy, 'At the end of the day, brother, this is a game. I'm a professional. You're a man. I'm a man.' That's it, and I left it at that. No curse words, no pointing fingers. I just let him know, 'Just don't do something like that.' I have my son, he's 2 years old back in Chicago watching this, my daughter watching this. Enough with the blatant disrespect."

Scaramucci told the Norman Transcript that Beverley touched him and his wife during the encounter.

"[Beverley] goes around the refs, around the dancers and walks right up and gets right in my face and starts putting his hand right in my sternum and saying, 'Don't you ever do it again. ... You can't do that to me. I'm a player,'" Scaramucci told the Transcript, adding that Beverley later threw up his hands and brought them down, slappingScaramucci's wife on the arm in the process.

ESPN's Calvin Watkins reported Saturday that the Rockets asked the NBA to review the situation after Beverley told them of the fan's behavior.

Beverley said he has had incidents with fans in Oklahoma City in the past as well.

"This isn't the first incident I've had with OKC. I had a ball boy tell me he's going to kill me," Beverley said, referring to a situation four seasons ago, after he was involved in a play in which Thunder star Russell Westbrook was hurt, causing him to miss the rest of the playoffs.

"I had to have a police officer at my house. I can't be on the same floor as my teammates? This is my first year in the playoffs. Ever," Beverley said, referring to the incident four years ago. "This is my first year of NBA basketball, and I have a person on Twitter saying he's going to kill me. So what to do? You guys tell me: What to do? If no one is there to protect me.

"I had that situation, couple years later I have this situation. You guys tell me, what to do?" 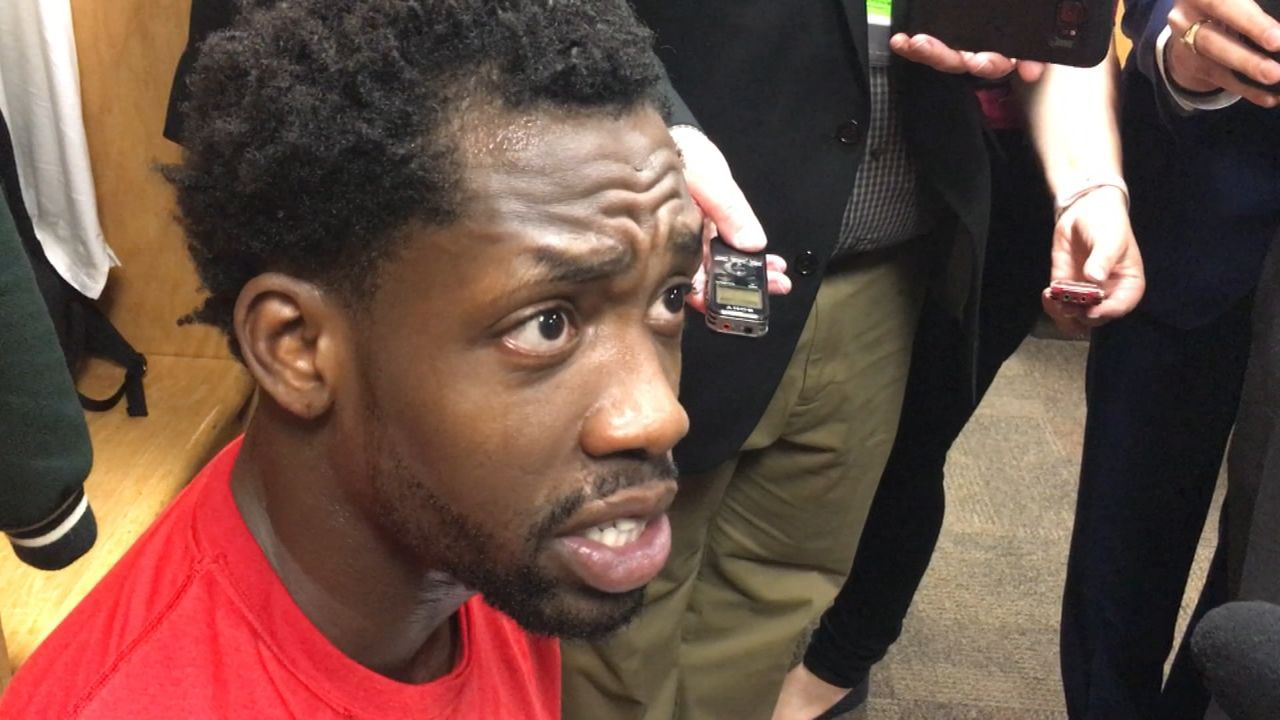