Panthers up in arms over Broncos' helmet hits on Cam Newton 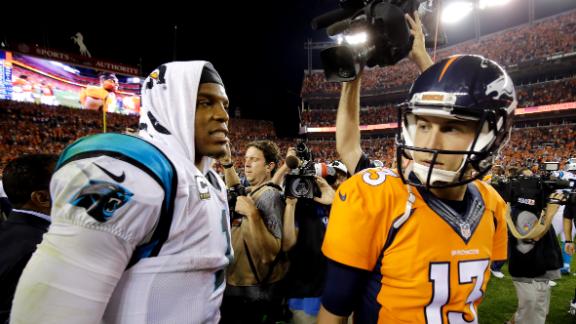 DENVER -- Carolina Panthers quarterback Cam Newtonsays he didn't feel he was being targeted with helmet-to-helmet hits, even though he appeared to take several in Thursday night's 21-20 loss to the Denver Broncos.

But several of Newton's teammates thought otherwise, noting a flag was thrown only once.

"Do you see them calling it?" Carolina linebacker Thomas Davis asked. "Early in the game, a guy took two, three steps and hit him in the head and they didn't call a penalty.

"We've talked about it ad nauseam. It doesn't matter. They ain't going to change it."

"I know he's the biggest guy on the field, but he's still the quarterback," Olsen said of the 6-foot-5, 245-pound NFL MVP. "We'll see what some of those [helmet-to-helmet hits] look like. Obviously, we got one of them, but we didn't get many yards off of it."

The one that was called occurred late with Newton trying to rally Carolina for a last-second field goal that Graham Gano ultimately missed from 50 yards. But Newton also was flagged for intentional grounding, offsetting the penalties.

"It's not my place to question the officials," Newton said. "I really like the officiating crew. It wasn't something I know they did intentionally, but it's not fun getting hit in the head.

"We didn't lose the game off that. I know that for a fact."

He said he tries to warn the officials every time he is hit in the head.

The NFL said in a statement Friday that medical personnel, including the unaffiliated neurotrauma consultant, reviewed video of Darian Stewart's final-minute hit on Newton. They "concluded there were no indications of a concussion that would require further evaluation and the removal of the player from the game," the league said.

An NFL Players Association spokesman said Friday morning that the union was reviewing whether proper concussion protocol was followed.

Under the revised policy agreed upon in July, if the NFLPA's findings dispute the league's findings, the union can appeal to a neutral arbitrator who has the authority to discipline the Panthers or the individuals responsible for Newton's well-being.

"This is why we have the new policy," said union spokesman George Atallah. "We'll look into it."

The investigation will be headed by NFLPA medical director Dr. Thom Mayer and in-house counsel Sean Sansiveri, who oversees health and safety issues for the union.

Newton said he was asked a couple of questions after the game to determine whether he needed to be in the concussion protocol.

Carolina coach Ron Rivera said a couple of the shots Newton took "were unfortunate," but Rivera didn't want to take a hard line on what happened until after he reviewed film.

Information from ESPN's Dan Graziano and Chris Mortensen contributed to this report.

Cam Newton takes vicious hit to the head
Late in the fourth quarter, Cam Newton rolls out of the pocket and gets hit in the head by Darian Stewart. A roughing the passer penalty was called, but due to an intentional ground penalty on Newton it was offset. 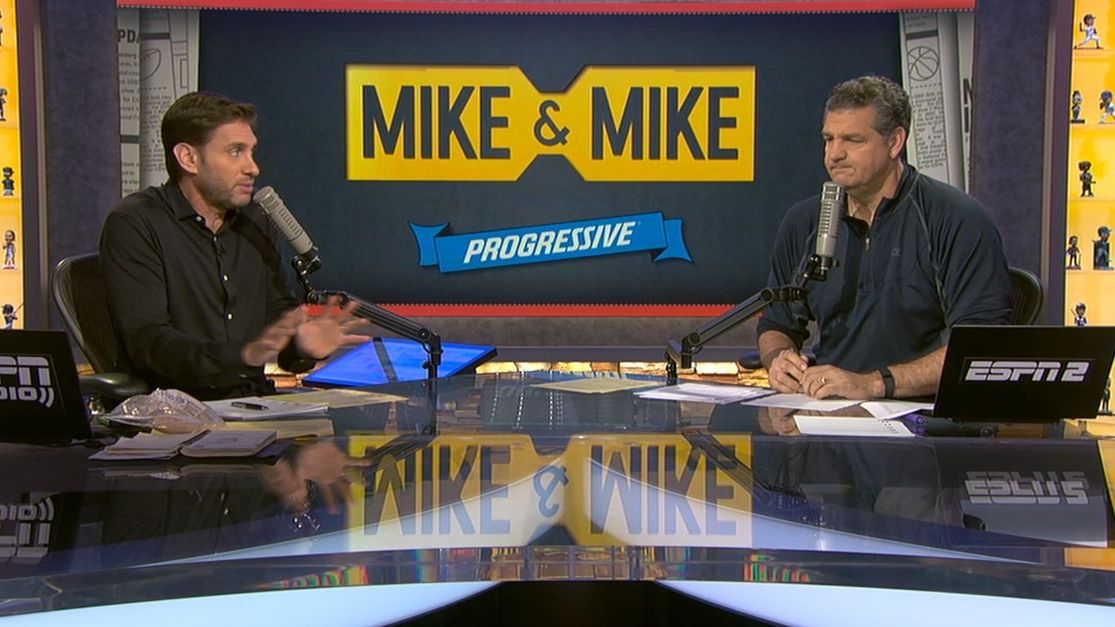 Does Newton get the same treatment as Brady?
Mike & Mike point out some of the differences between how referees often give calls to Tom Brady that Cam Newton doesn't receive. 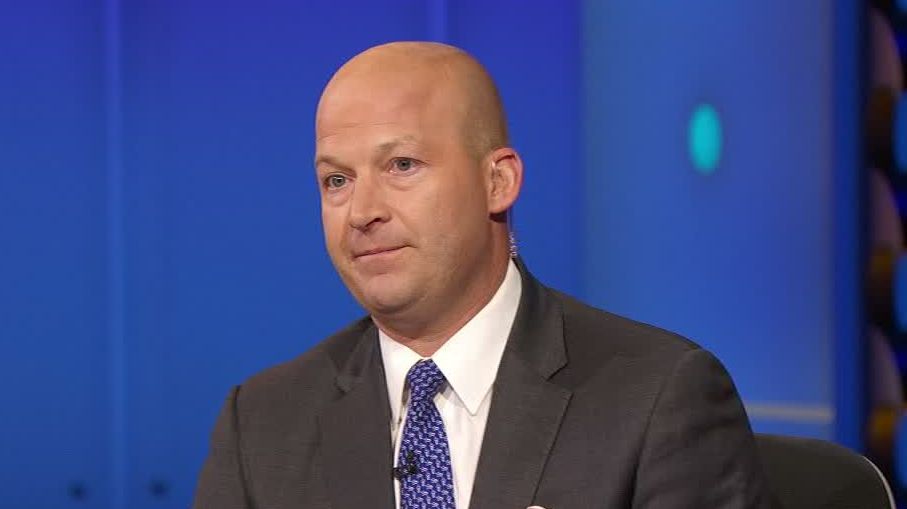 Calls not consistent with Newton?
Tim Hasselbeck and Louis Riddick provide their takes on Cam Newton not getting the calls from the officials after getting hit hard four times against the Broncos and only one being called.