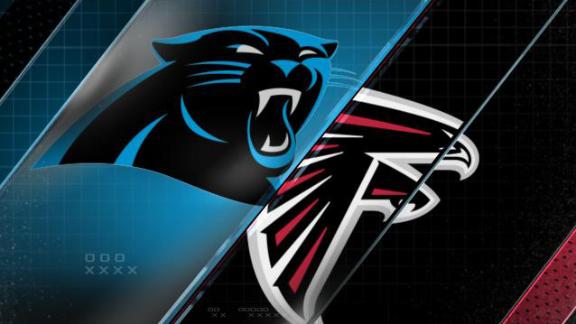 Running back DeAngelo Williams is listed as probable for Sunday's NFC South showdown against the Atlanta Falcons, but the Carolina Panthers will start Jonathan Stewart for the fourth straight game.

If Williams plays after missing the past three games with a fractured right hand, it will be the first time this season he hasn't started when he and Stewart were healthy.

Stewart has rushed for 437 yards the past four games since Williams was injured in the first half of a loss at Minnesota. That's more than any other back in the NFL.

The Panthers (6-8-1) are 3-0 with Stewart starting the past three games and need to beat the Falcons (6-9) to repeat as NFC South champions and host a playoff game.

Coach Ron Rivera said Friday that he did not want to divulge his running back rotation beyond Stewart starting because it could give the Falcons a competitive advantage.

Rivera said concerns remain about Williams' ability to block with the injury, so there are no guarantees that the team's career leader in rushing will play.

Stewart has averaged 22 carries a game the past three weeks with Williams out. He averaged only 10.5 carries in his other nine games.

Meanwhile, rookie linebacker Adarius Glanton is expected to get his second straight start with A.J. Klein still limited in practice with an ankle injury.