Obama: I'd be 'pretty aggravated' 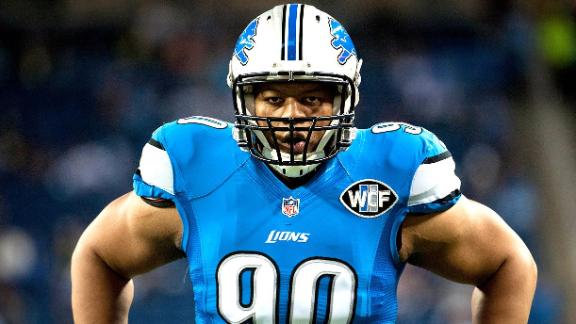 WASHINGTON -- President Barack Obama says he would be "pretty aggravated" if he were a Detroit Lions fan after the team lost an NFL playoff game to the Dallas Cowboys following a disputed penalty call.

But because he is a long-suffering fan of his hometown Chicago Bears, Obama says he can't have "too much sympathy for the Lions." The Bears had a losing season and missed the playoffs.

Obama told The Detroit News in an interview Tuesday that he couldn't remember a case in which a referee's "good call" was "reversed without explanation."

Detroit was ahead 20-17 midway through the fourth quarter of Sunday's game when a referee flagged the Cowboys for pass interference. But officials rescinded the call moments later, leaving the Lions facing fourth-and-1. Detroit punted, and Dallas then drove to the winning touchdown for a 24-20 final score.

Obama said he watched the game and told the newspaper that he couldn't "remember a circumstance in which a good call by one of the refs is argued about by an opposing player of the other team with his helmet off on the field, which in and of itself is supposed to be a penalty. The call is announced and then reversed without explanation. I haven't seen that before. So I will leave it up to the experts to make the judgment as to why that happened, but I can tell you if I was a Lions fan I'd be pretty aggravated."

Lions defensive end Darryl Tapp tweeted that "it's pretty bad" that Obama has to chime in on the controversial play.

Obama was interviewed before his scheduled Wednesday visit to the Ford Michigan Assembly Plant in Wayne, Michigan, to tout a resurgent U.S. auto industry following the federal bailout.

In the interview, the president also lamented the Bears' poor performance.

"Given the performance of my Bears, I can't have too much sympathy for the Lions," Obama said. "You guys were in a lot better position than we were. I'd love to have your defense right now."