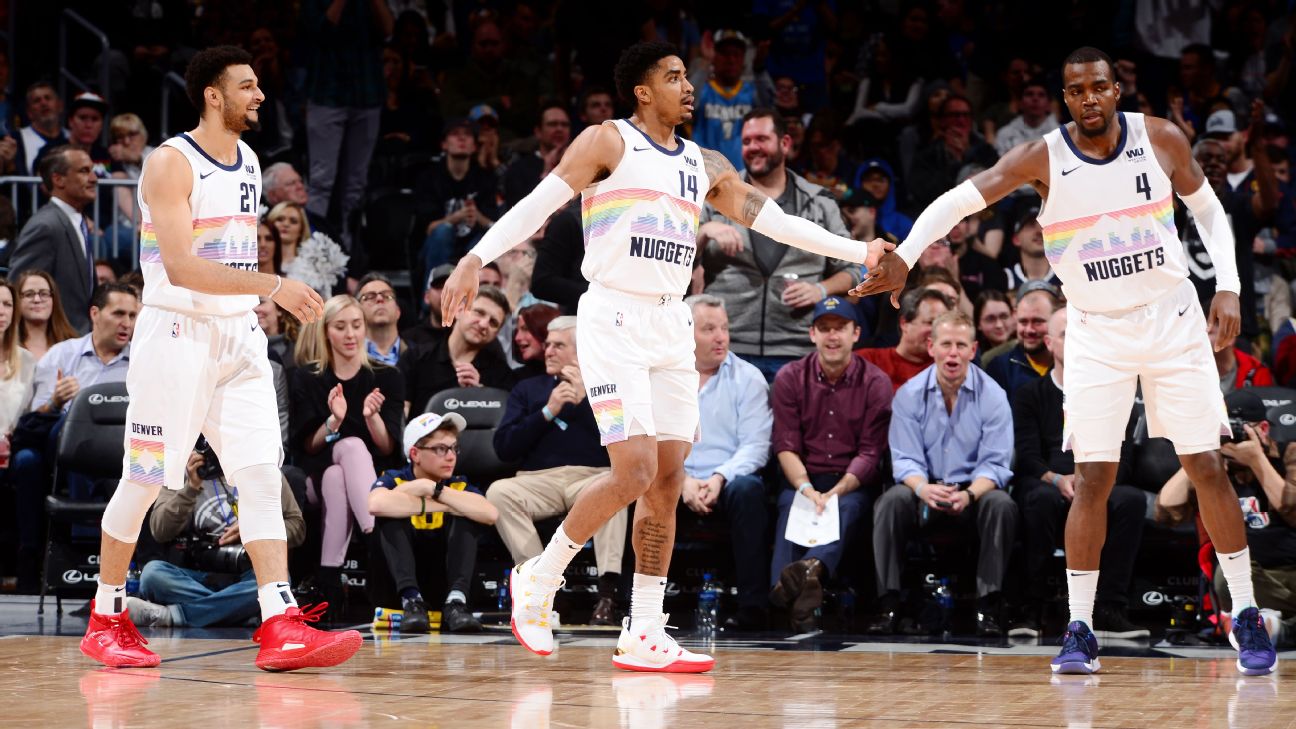 ESPN
By Ohm Youngmisuk
LOS ANGELES -- The Golden State Warriors will begin their three-peat quest against an old rival in the LA Clippers, while the Denver Nuggets will look to prove they are legitimate challengers to the champs as the No. 2 seed in the Western Conference playoffs.

The West playoff seeding was finalized late Wednesday night when Denver and the Portland Trail Blazers both completed stirring come-from-behind victories on the final night of the regular season. The Nuggets clinched the No. 2 seed with a 99-95 home victory over the Minnesota Timberwolves and sent the Houston Rockets down to the fourth seed in the process.

The Rockets, who could have been as high as the second seed, slid to fourth because of the Nuggets' victory and Portland's 136-131 home win over the Sacramento Kings. That means a Warriors-Rockets rematch could now potentially take place in the second round, after Golden State needed seven games to outlast Houston in the conference finals last postseason.

The Warriors will begin their title defense by renewing the rivalry with the Clippers. Of course, the No. 1 vs. No. 8 matchup lacks the sizzle of past Warriors-Clippers battles, with Blake Griffin, Chris Paul and DeAndre Jordan all gone from Los Angeles. Still, the Warriors love putting on a show at Staples Center and are thrilled to have a short, in-state commute to Southern California. Golden State enters the series with a 17-3 record against the Clippers since Steve Kerr became head coach in 2014.

Now, the Warriors will start their latest postseason run with a new weapon to use in DeMarcus Cousins, who will get his first taste of the playoffs in his nine-year career.

While Clippers coach Doc Rivers admitted he would have liked to have avoided the two-time defending champs in the first round, the Clippers will look to continue to do what they have done most of this season -- exceed expectations by playing tough-nosed team basketball with a second unit powered by super sixth-man scorer Lou Williams and Montrezl Harrell.

"We got our work cut out for us," Warriors All-Star Kevin Durant said. "I know it's a 1-8 series, but they got a lot of talent that know how to play in the playoffs. They got players that are ready for the playoffs, so we're looking forward to seeing what our game plan is, looking forward to preparing for this team. We'll see how it goes."

"They got an all-world scorer in Lou Williams, who can get it going at any time in the game from anywhere," Durant added. "You got [Danilo] Gallinari,who can do the same. And then you got wing players like [Landry] Shametand Wilson Chandler, guys that can come in and give you some problems in the playoffs for a stretch, having another big like [Ivica] Zubac.So, they got a nice team, well-coached.

"They're going to definitely play us extremely hard from the start, and it's not going to be as easy as people think it is."

Added Clippers guard Patrick Beverley: "We've got nothing to lose. All the pressure is on them."

With the Warriors heavily favored over the Clippers, Golden State's second-round foe will be either the Rockets or the fifth-seeded Utah Jazz. For much of Wednesday night, it looked as if the Rockets would get the 2-seed, before the Nuggets and the Blazers made their comeback wins.

The Rockets and Jazz split their four meetings this season, but Houston enters the postseason with a red-hot reigning MVP James Harden, who has helped the Rockets win 20 of their past 24 games.

"He's been carrying this team for the second half of the season. He's been, I feel, like even better than last year," the Jazz's Rudy Gobert said about Harden. "It's going to be a good challenge for us."

The Nuggets will be making their first postseason appearance since coach George Karl's last season in 2012-13. Denver clinched the second seed with a game-ending 15-0 run against the Timberwolves. The Nuggets will face theSan Antonio Spurs, who earned the seventh seed and avoided a first-round matchup with the Warriors by beating the Dallas Mavericks105-94at home inDirk Nowitzki's final game Wednesday night, coupled with Oklahoma City's 127-116 win at theMilwaukee Bucks.

The Nuggets and Spurs split their season series this season and haven't faced each other in the postseason since 2007, when San Antonio knocked out Denver in the first round en route to a title. This will beDeMar DeRozan's first postseason with the Spurs.

Russell Westbrook helped Oklahoma City clinch the sixth seed and a meeting with the third-seeded Blazers on Wednesday with his 34th triple-double of the season. Westbrook's 15 points, 17 assists and 11 rebounds led the Thunder -- who were without Paul George (right shoulder) -- to victory over the Bucks.

Thunder coach Billy Donovan expects George to be ready for the postseason matchup against Portland, which needed a 28-point rally to clinch the third seed. Oklahoma City enters this matchup having swept the season series against Portland.

"Every time we've played them over the years, it's pretty much been a war -- physical, close games, chippy," Portland's Damian Lillard said after the final Blazers-Thunder meeting of the regular season.

The Blazers will seek playoff redemption after they were swept as the 3-seed last year by the New Orleans Pelicans in the first round. 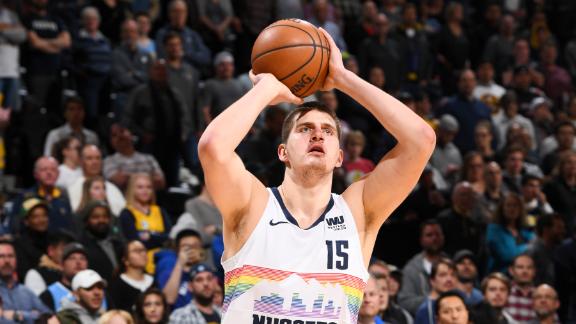