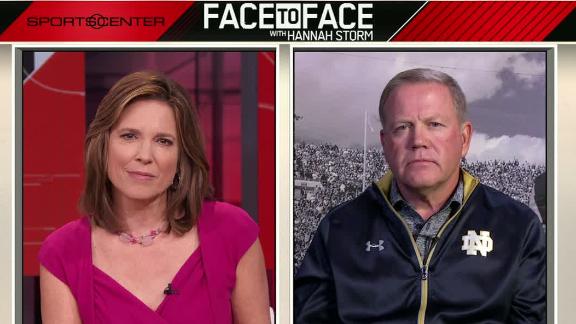 A fall from a preseason No. 10 ranking to a 2-5 start has left Notre Dame with a sour taste in its mouth, but athletic director Jack Swarbrick made it clear this week that Brian Kelly will not be coaching for his job once the Fighting Irish resume play out of this weekend's bye.

"Brian will lead this team out of the tunnel opening day next year," Swarbrick told ESPN.com.

Kelly has drawn criticisms in the media and from select former players for his sideline behavior and postgame news conference demeanor, in addition to his handling of the Irish's quarterback situation and his playcalling during a hurricane in a loss at NC State. Current Irish players took turns defending their coach last week, saying the tough public love masked more intimate personal dealings behind the scenes.

Such player-coach relationships are what have Swarbrick encouraged, though he is aware of the public perception surrounding Kelly this season and wants to do a better job of managing that.

"I guess I'd say I wish the perception matched the reality a little better," Swarbrick said. "I understand the perception, but we've got to work to alter that perception because it creates noise and gets in the way. But the reality couldn't be further from it. I'm not going to reveal the nature of the postgame discussion between Brian and the team after Stanford [a loss on Saturday], but that was a discussion between a coach and a team who really care about each other and have a great relationship, and that's what I get to see every day. What we have to do is try to avoid the situation, which creates a different perception because that perception doesn't reflect the reality. We have to figure out how to be better at it."

Kelly has a 57-28 record in his seven years as Notre Dame's head coach, and he signed a six-year extension in January that will take him through the 2021 season. He fired his defensive coordinator, Brian VanGorder, after a 1-3 start this season, which has paid dividends on that side of the ball.

With former analyst Greg Hudson now in charge of the defense the past three games, the unit has gone from 103rd nationally to 64th in total defense, from 101st to 67th in scoring defense and from 104th to 56th in yards per play, though the Irish are just 1-2 during that time.

"Just as I wouldn't single out any individual player, it's unrealistic to say: Oh, the result of this lays solely at the feet of the head coach," Swarbrick said of the overall struggles this season. "I bear responsibility. I'm ultimately responsible for our performance, so all of us are in this together. But I can tell you I continue to have complete confidence in Brian. I think you really see what you've got in a coach with how they manage times like this, and I think he has done a great job of it."

"His focus has been really laser sharp, his relationship with this team is probably as strong as any that I've seen with him at Notre Dame, and those are all positives. Neither of us are satisfied with 2-5, but I'm at most of the practices. I'm at training table. I have an office at the Gug [football complex] in addition to my other office. I get to see the program day in and day out and I continue to have great confidence in Brian and confidence in our future as a program."

Swarbrick said he has spent more time with Kelly this season than in past seasons, but the nature of those meetings are targeted on narrow issues that they hope can help put the players in better positions to get over the hump in a season that has seen all five Notre Dame losses come by eight points or fewer.

As Notre Dame readies to host Miami out of its bye on Oct. 29, Swarbrick says he sees no cracks in the foundation, morale or chemistry of the Irish.

"Everybody associated with the program is disappointed -- the players, first and foremost, the coaching staff, me -- because we want to do better, we know we can do better, so there's great disappointment," Swarbrick said. "Having said that, this is a pretty remarkable team in terms of its togetherness and its resiliency. They still come to every practice energized and focused. And as Brian has said repeatedly, they do everything we ask. They give us everything. So from that perspective, we want a different result." 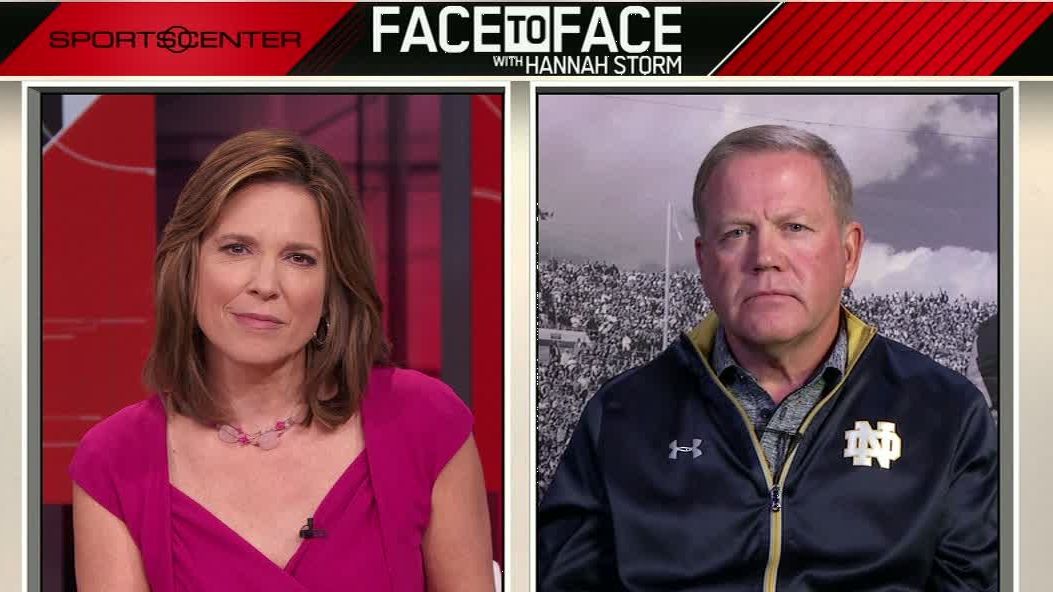