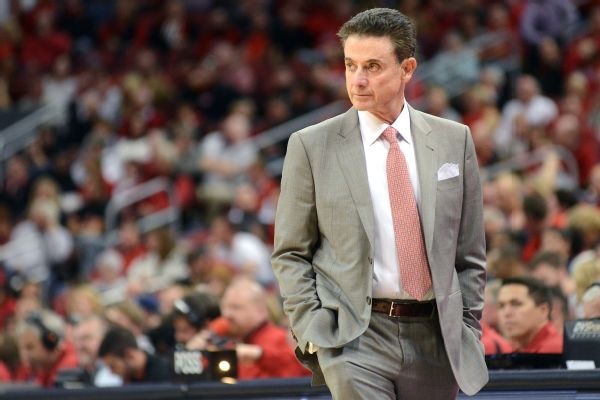 Hall of Fame coach Rick Pitino has been charged with failing to monitor a staff member in his basketball program, but Louisville otherwise escaped potentially serious penalties stemming from an NCAA investigation into allegations made by a former escort.

The NCAA's notice of allegations, released Thursday, includes four Level I charges, with one to Pitino, two directed at former director of basketball operations Andre McGee and the fourth aimed at former assistant Brandon Williams.

The university was not charged with any violations, such as a lack of institutional control or failure to monitor, the two most egregious NCAA infractions.

Pitino, however, could face a steep penalty. Although the NCAA did not say Pitino was complicit or charge him with committing a violation, it alleges that the coach "did not monitor" McGee and failed to "spot-check" his program, including "actively looking for red flags."

"The people who investigated this were highly professional. They were fair," Pitino said at a news conference Thursday. "Do I agree with failure to monitor my staff? No. I overly monitor my staff."

Pitino has repeatedly denied any knowledge of the accusations made by former escort Katina Powell. In her October 2015 book, "Breaking Cardinal Rules," Powell said McGee paid her and other escorts thousands of dollars and gave them tickets to games in exchange for sex with recruits and players in the players' dormitory, Minardi Hall. The NCAA agreed, alleging that McGee paid some $5,400 to the escorts.

"The Notice of Allegations absolutely confirms that Katina Powell told the truth in her book and in each of her meetings with the NCAA. You can say what you want about Katina Powell and the decisions she made, but you can't call her a liar," Powell's attorney Larry Wilder said.

"When will they [the University of Louisville and Rick Pitino] acknowledge that Miss Powell is something more than what she was accused of being, which is a liar? The way they treated this lady when she came out and told the truth would scare the hell out of anybody who is interested in telling the truth."

"The NOA does contain a narrow allegation, which we will dispute, that Coach Pitino failed to monitor Andre McGee," Jurich said. "If he would have caught a whiff of what was going on, he would have hit the roof."

"We need to get kids comfortable to come and talk to us when there's a wrong," Jurich said.

The NCAA says McGee's payments, made for at least 17 athletes and recruits, can be construed as impermissible benefits.

"I asked it to myself a million times: Should he have known?" Jurich said of Pitino. "And I have come to the conclusion that he could not have known. The activity was clearly kept from him."

A source familiar with the testimony that three Louisville recruits provided to investigators told Outside the Lines John Barr on Thursday that the NCAA was "very conservative" in terms of the allegations leveled.

"It kind of mystifies me a little bit. How can you have strippers and escorts on a college campus and the head coach is not responsible for that? How on earth can you not charge a program with a lack of institutional control when there is criminal conduct on your campus?" the source said. "This is not something that was a one-time occurrence. It happened on multiple occasions."

But what Pitino did or did not know might not matter. Under the most recent NCAA enforcement legislation, enacted in 2014, a head coach is presumed to be responsible for the actions of any and all staff members and can be held accountable for their violations, even if the coach is unaware.

Not knowing what happened, in other words, is no longer a defense. The NCAA's stance is that the head coach should have known.

McGee, who had moved on to and later resigned fromMissouri-Kansas Cityweeks after Powell's book was released, refused to talk to NCAA investigators. Williams, who was on the Louisville staff for one year as a program assistant, refused to turn over phone records. Refusing to cooperate with NCAA investigators, considered major breaches of ethical conduct, typically results in the harshest penalties.

Acknowledging that violations likely did occur and in the hopes of mitigating further penalties, Louisville last season self-imposed a postseason ban, cut scholarships and reduced its recruiting access. The NCAA noted those efforts in its document, recognizing the "imposition of meaningful corrective measures and/or penalties."

"These allegations underscore why it was appropriate for the University to impose strict penalties on our basketball program earlier this year," Jurich and Pinto said in a statement. "The penalties we imposed were among the most severe penalties ever self-imposed by an NCAA member."

Earlier this month,Pitino said the school's self-imposed sanctions should be enough to satisfy the NCAA.

The school has 90 days to respond to the NCAA's notice and dispute any of its findings. The NCAA will then have 60 days to review that response. That timetable, coupled with the meeting schedule for the NCAA's Committee on Infractions, means that neither Pitino nor the university will learn of penalties until at least the spring of 2017.

In conjunction with the university, the NCAA hired two consultants -- Chuck Smrt and Steve Thompson -- to lead the investigation and conduct more than 90 interviews.

"We've gone above and beyond in our all efforts to get to the truth in this case. I'm not sure there's anything more this university could have done in this investigation to get the truth," Thompson said.

Information from ESPN staff writers Brian Bennett and John Barr and The Associated Press contributed to this report. 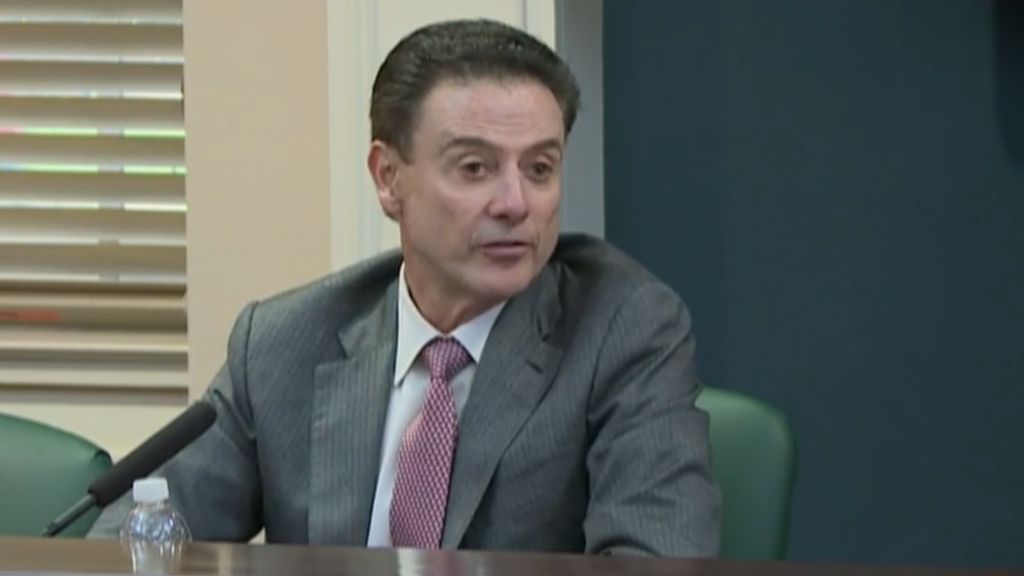 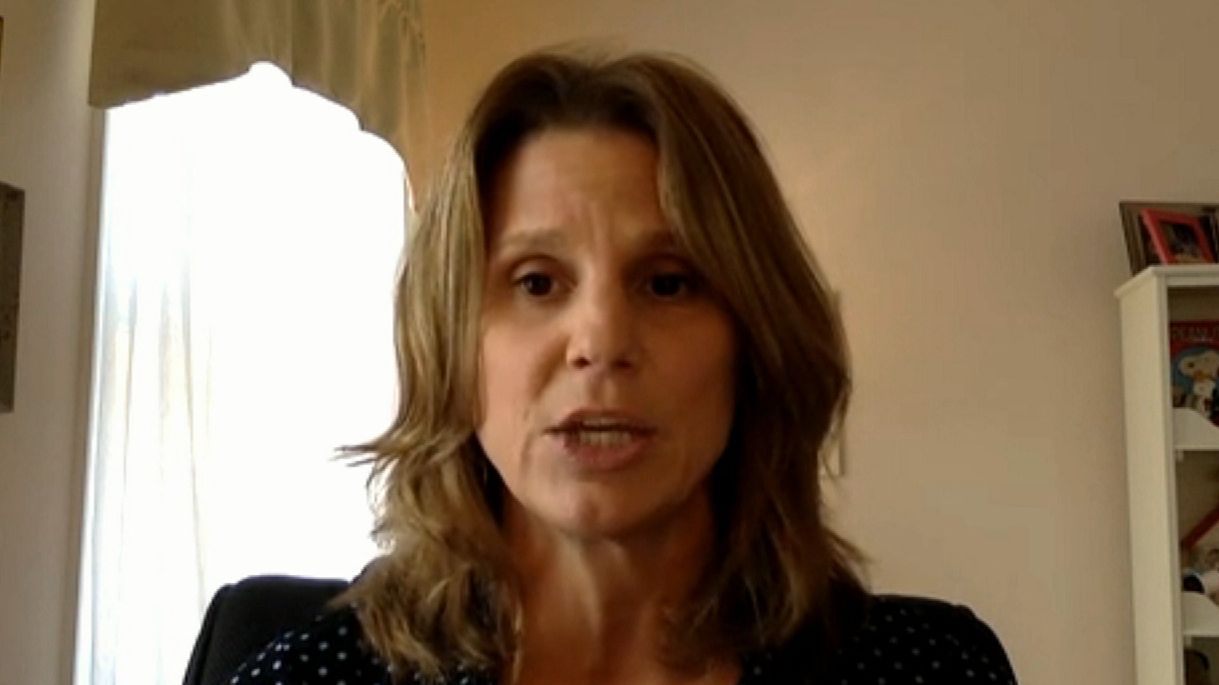 What type of penalties is Pitino facing?
ESPN college basketball reporter Dana O'Neil thinks the NCAA will attempt to levy a ban against Rick Pitino similar to what Jim Boeheim and Larry Brown received. 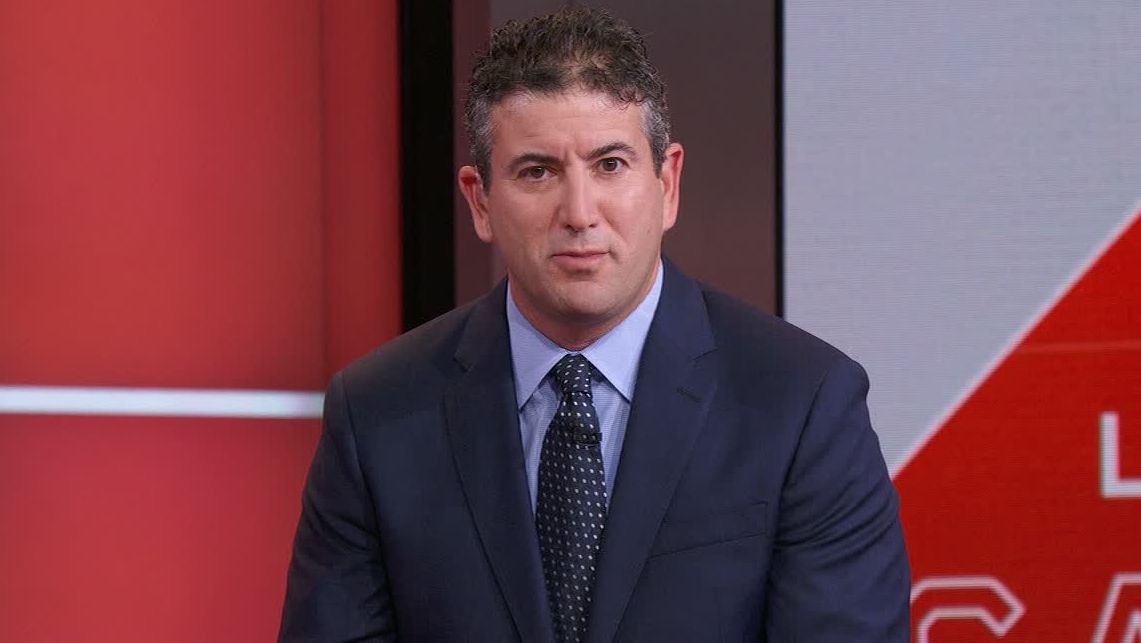