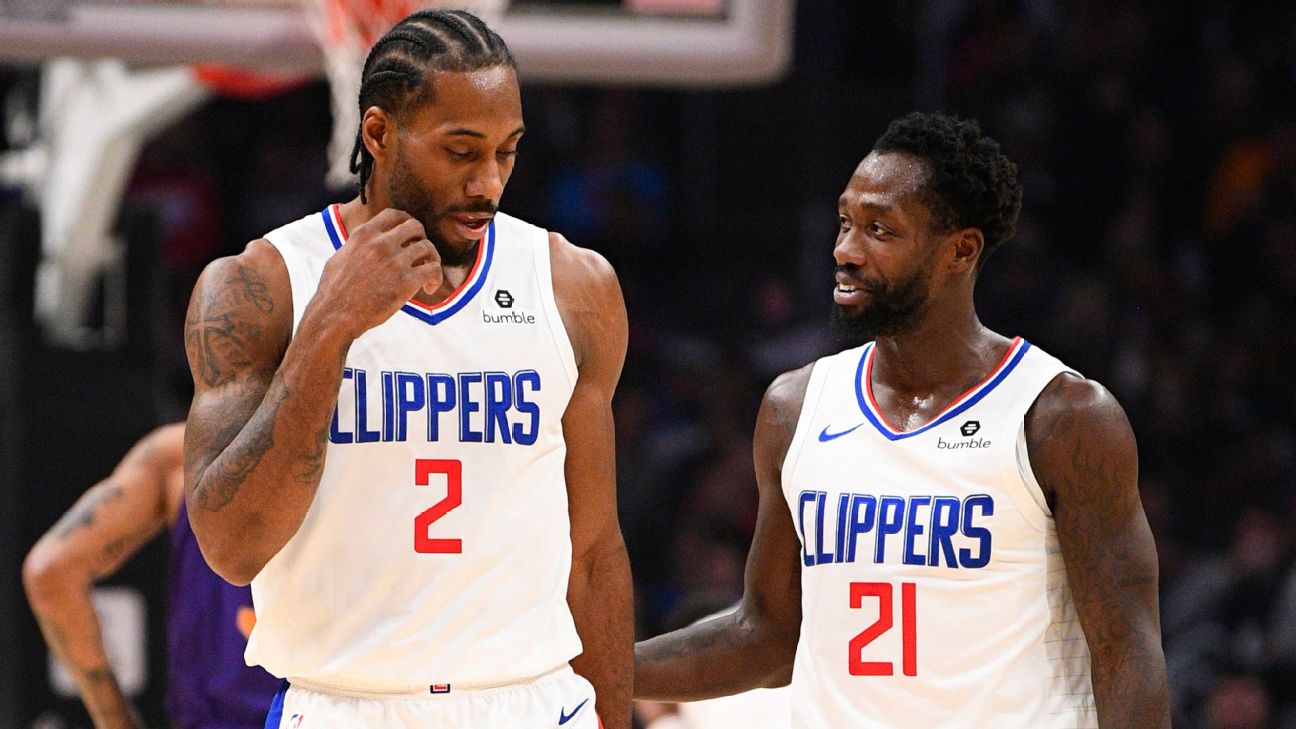 How are the 2020 NBA playoffs and draft lottery likely to shake out with teams approaching the 60-game mark?

The postseason picture is starting to take shape, with 15 teams already having greater than a 99% chance to make it in, according to ESPN's Basketball Power Index. But which team is going to get that final spot in the Western Conference? What are the most likely matchups? And which franchises are going to land the top picks in the draft?

With the help of BPI and FiveThirtyEight, let's break down the tightest and most intriguing races to watch from now until the end of the regular season.

Note: FiveThirtyEight's projections account for injuries, while BPI's do not.

The New Orleans Pelicans, Memphis Grizzlies, San Antonio Spurs, Sacramento Kings and Portland Trail Blazers are the contenders for the final playoff spot in the West and a likely first-round matchup with the Los Angeles Lakers.

Both BPI and FiveThirtyEight like the Pelicans here, and an easy schedule down the stretch will help them significantly.

Chances to make the postseason

The Lakers have a comfortable hold on the No. 1 seed in both projection systems, but there are a few other groupings to monitor.

Avoiding the No. 4 seed -- and a potential second-round matchup with the Lakers -- likely will be a goal for the LA Clippers, Denver Nuggets and Houston Rockets, which all have a real chance to land No. 2.

Here's how BPI projects the race:

This should be tight down the stretch, as both BPI and FiveThirtyEight had these three teams finishing within two games of each other. FiveThirtyEight similarly gives the Clippers a slight edge in this one. And while all three teams are likely to earn home-court advantage, they could still slip to the next tier.

The Dallas Mavericks, Utah Jazz and Oklahoma City Thunder aren't locked into these seeds, but they're beginning to look like their own grouping. None has a better than 14.2% chance to earn home-court advantage, per BPI.

Here are their likely seeds for now:

Given how tight these two groupings are, BPI doesn't project any potential first-round playoff series between two specific teams as being more likely than 40% at the moment. The Lakers should get the winner of the race for the No. 8 seed, while the next most likely matchup is Thunder-Clippers (37% chance).

After the league-leading Milwaukee Bucks and their almost assured status as the top overall team, things get complicated in the Eastern Conference.

It looks like three distinct races for 2-3 (Toronto Raptors vs. Boston Celtics), 4-5-6 (Miami Heat vs. Philadelphia 76ers vs. Indiana Pacers) and 7-8 (Orlando Magic vs. Brooklyn Nets), but injuries to 76ers stars Ben Simmons and Joel Embiid will complicate things. (Simmons is out for an unknown, extended period, while Embiid is out at least a week).

Here's how BPI projects the races:

Even though FiveThirtyEight factors in the potential effects of injuries, its system has Philly taking the No. 4 seed, followed by Miami and then Indiana. It also has Boston claiming No. 2 and Orlando grabbing No. 7.

As in the West, there aren't a lot of likely playoff matchups shaping up yet here. Bucks-Nets is 75% likely, per BPI, while Sixers-Heat is up to 69%. However, BPI has not fully factored in the effects of the Philadelphia injuries, so don't count out an Indiana run into the 4-5 slot just yet if the Pacers can hit a groove with Victor Oladipo back in the lineup

This is the second season under the new lottery odds, in which the three worst teams share the same 14% odds of landing the No. 1 pick and the top four picks are drawn instead of top three.

Both BPI and FiveThirtyEight have the Golden State Warriors finishing with the worst record, but their expected pick position isn't significantly higher than other teams' due to the new system. Both systems also have the Cleveland Cavaliers and New York Knicks following the Warriors in the lottery order.


While the draft's top three of Georgia's Anthony Edwards, the National Basketball League's LaMelo Ball and Memphis' James Wiseman has been in place for a couple months, there remains little consensus about how teams should rank those three prospects or the rest of the lottery. 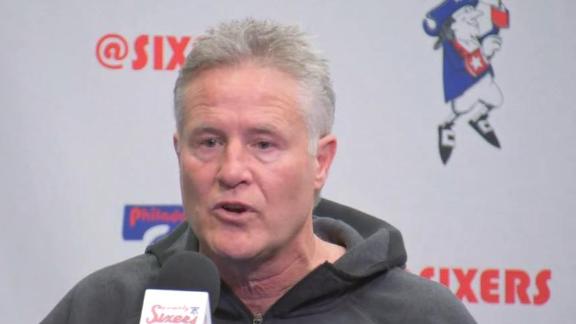 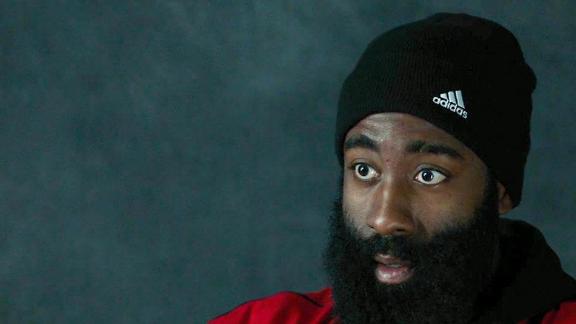 James Harden shares thoughts on Giannis' game in exclusive interview
James Harden sits down with Rachel Nichols to discuss the Rockets' switch to small ball, how he believes he's the best player in the NBA, and why it's easier to be Giannis Antetokounmpo than Harden.
Report a correction or typo
Related topics:
sportsespndailyhouston rocketsboston celticsnbaevent
Copyright © 2020 ESPN Internet Ventures. All rights reserved.
More Videos
From CNN Newsource affiliates
TOP STORIES