NASCAR's Tony Stewart will retire from Cup racing after '16 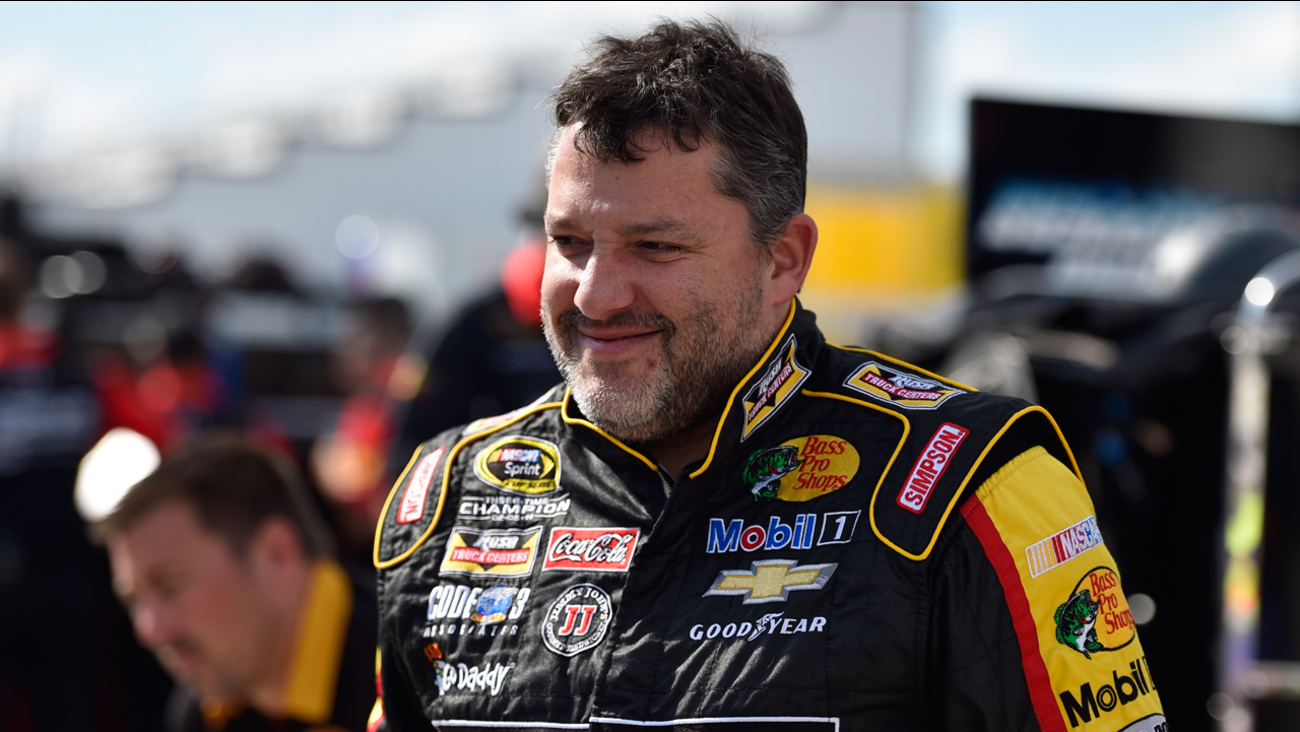 The three-time NASCAR champion announced his decision Wednesday at the Stewart-Haas Racing shop in North Carolina, saying "next year will be my last year in the Sprint Cup Series." He said it was "100 percent" his choice.

His planned departure is not a surprise. Stewart will be 45 next season, hasn't won a race in over two years and has been privately working on finding a successor for the No. 14 Chevrolet all year.

"There wasn't any pressure from anybody," Stewart said of his decision. "If anything, it was the opposite. I know people were trying to talk me out of it. It's a scenario where everybody in their career makes the decision that it's time for a change."

Stewart, who deeply loves dirt track racing, isn't getting out of the car for good, though.

"I am still going to race," he said. "I am not retiring from racing, just the Sprint Cup Series."

Clint Bowyer, released from his contract with Michael Waltrip Racing because the team is folding at the end of the season, will replace Stewart in the No. 14 in 2017. Bowyer has been looking for a one-year deal for next season as a stopgap while Stewart runs his 18th and final Cup season. SHR also fields cars for reigning series champion Kevin Harvick, Kurt Busch and Danica Patrick.

The last three years have been trying for Stewart. He struck and killed sprint car driver Kevin Ward Jr. during a 2014 event in New York. He also missed the final third of the 2013 season with a broken leg suffered in a sprint car crash. His passion for NASCAR racing has also waned in the last several seasons, in part because of an evolving rules package that he has struggled with.

Stewart told AP in June that his confidence was shot and he was struggling to find any enjoyment in being in the race car.

"I think deep down, you know when it's time to do something different," Stewart said Wednesday.

Stewart said the fatal incident with Ward and his comeback from injuries played no role in his decision.

Not much has worked for Stewart this season. He's mired in 25th in the points standings and failed to qualify for the Chase for the Sprint Cup championship for the third consecutive year.

Stewart, who moved from IndyCar to NASCAR and got his break in 1999 with Joe Gibbs Racing, is the second star in two years to call it quits. Four-time champion Jeff Gordon will retire at the end of this season.

Stewart has 48 Cup victories and is a lock for NASCAR's Hall of Fame. He's one of the most proficient drivers in racing, winning in every kind of series, from sprint cars to a dominant stretch in NASCAR where he reeled off at least one win in 15 straight seasons.

But the last two seasons have been filled with heartache and hardship on and off the track for Stewart. While no one would ever count out Stewart from winning one more race, he's no longer a regular threat to find victory lane. He last won a Cup race on June 2, 2013, at Dover International Speedway.

Stewart said he considered retiring at the end of this season, but stuck around for the fans and to try and win his first Daytona 500.

Bowyer is an eight-time race winner in the Sprint Cup Series and finished second in the 2012 championship standings. Bowyer said he would likely announce his team for 2016 later this week.

"Whether it's racing him on Sunday or watching my dirt late model teams race at his famed Eldora Speedway, Tony and I share the same passion for racing," Bowyer said. "That makes this opportunity a perfect fit for me. I appreciate everything he's done for me and the sport of auto racing. These are big shoes to fill, but, boy, am I ever looking forward to getting behind the wheel of a champion's ride, and have Tony there with me along the way."
Related topics:
sportsnorth carolinanascaru.s. & worldrace car
Copyright © 2020 by The Associated Press. All Rights Reserved.
More Videos
From CNN Newsource affiliates
TOP STORIES