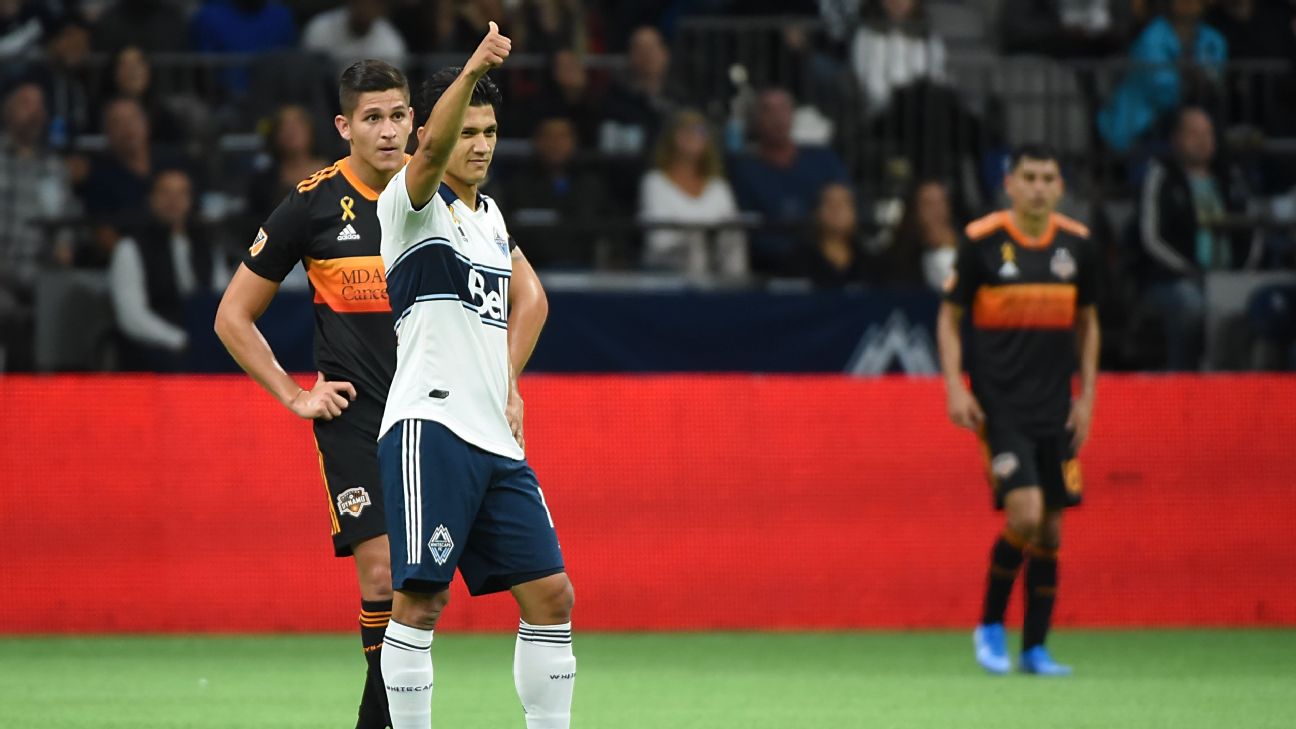 Fredy Montero scored in the 90th minute to give the Vancouver Whitecaps a 2-1 win over the visiting Houston Dynamo on Saturday night.

The Whitecaps (7-15-9, 30 points) ended a three-game losing streak, while the loss all but eliminated Houston (10-16-4, 34) from playoff contention. The Dynamo are nine points from the final playoff spot in the Western Conference with three matches left.

Montero, who entered in the 82nd minute, took a flicked pass from Theo Bair on the left side of the box and slammed home a bouncing ball for his seventh goal. Dynamo goalkeeper Joe Willis got a piece but couldn't keep the ball out of the net.

- Stream a replay of this game on ESPN+

- Davis: Have Rooney and D.C. United given up?

Vancouver goalkeeper Zac MacMath made a critical near-post save on Memo Rodriguez in the 93rd minute.

Houston's Mauro Manotas redeemed himself for an earlier handball that led to a penalty when he scored the equalizer in the 78th minute.

Following a penalty kick by Vancouver's Hwang In-Beom in the 54th minute, Manotas scored his 13th goal, taking advantage of a mistake by MacMath.

MacMath made the save on a 40-yard strike by Maynor Figueroa but spilled the rebound to an unmarked Manotas.

The Whitecaps earlier grabbed the lead from the spot. They earned a penalty after Manotas was whistled for a handball from a free kick by Yordy Reyna.

Manotas was in the wall and blocked the shot into his stomach but made a reactionary move to cradle the ball before it came free. Referee Robert Sibiga reviewed the play and awarded the penalty.

In-Beom left no doubt with the shot for his third goal on his first PK of the season. Vancouver has converted five of seven this year. Willis has been scored upon on all six penalties this season and has goals on 20 of 23 in his career.

The tally brought some life back after a first half befitting teams at the bottom of the Western Conference. There were three shots apiece and two shots on goal in the first 45 minutes.

On Sept. 21, the Whitecaps remain home against Columbus while Houston hosts Orlando City. 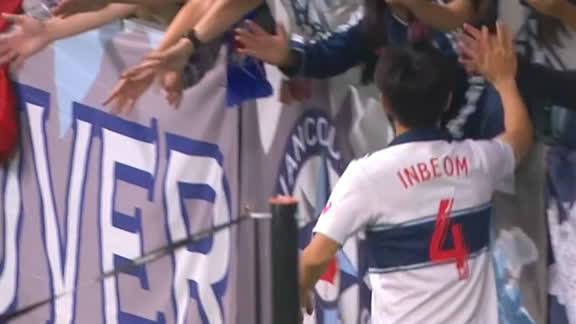 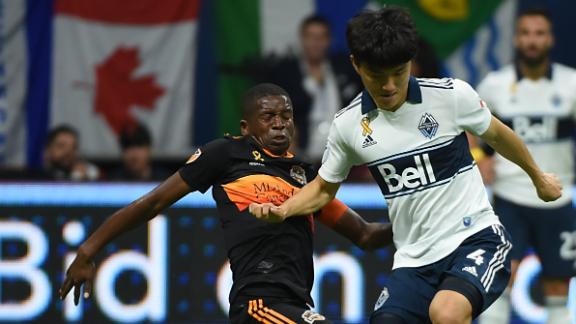