MLB Power Rankings: Who needs to step up for all 30 teams 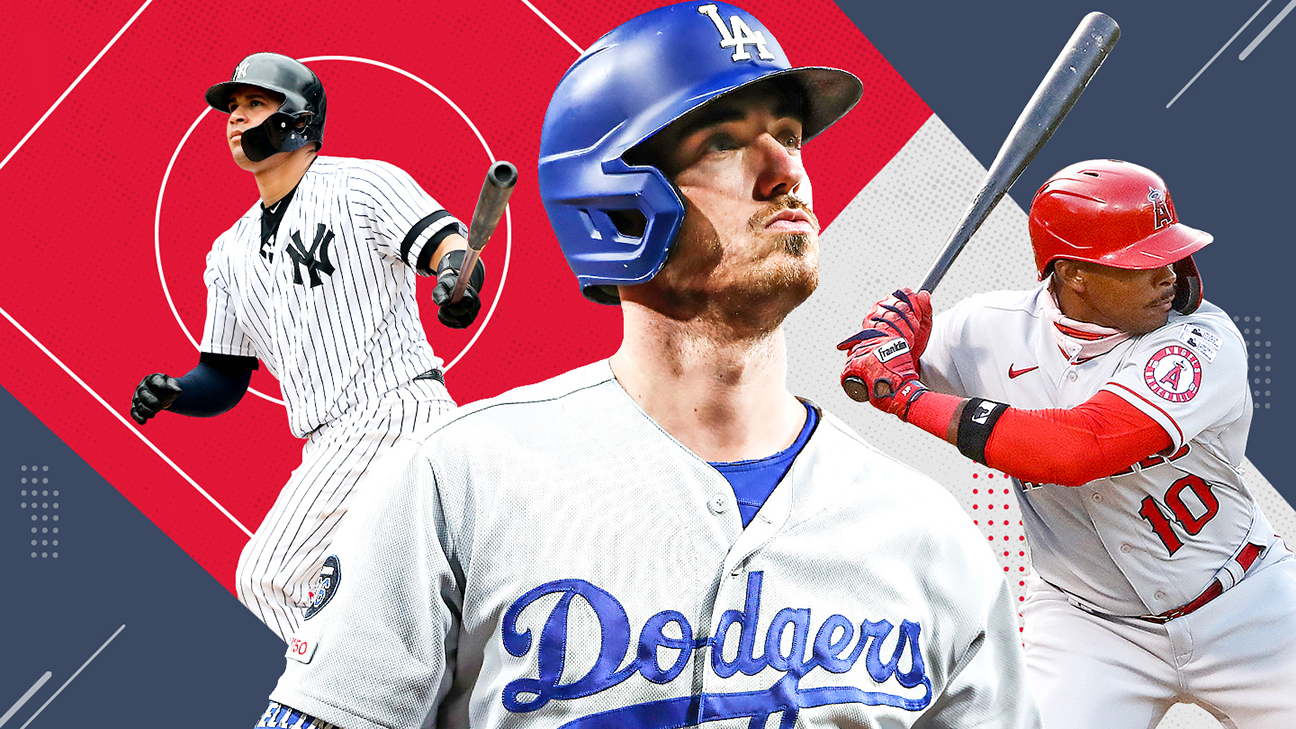 With a third of the 2020 MLB season already gone, it's time to acknowledge that some of the bottom-tier teams that have had stunning turnarounds in the standings may well stick in the playoff picture the rest of the way.

We knew the 60-game schedule was going to create some level of randomness and potentially open the door for some surprises, but no one could have seen the Orioles and Marlins as solid playoff contenders or the Rockies as a top-10 team. But that's where we are with the midpoint of the season about a week and a half away.


The ESPN Power Rankings reflect that reality -- with the surprising Orioles jumping eight spots to No. 21 in the latest rankings, the Marlins moving up four spots to No. 17 and the Rockies pushing all the way up to No. 8 with a four-slot rise.

With the compressed schedule flying by, teams -- and players -- that haven't gotten off to the starts they'd like to need to snap out of it soon. With that in mind, national baseball writer David Schoenfield offers his picks for a player who needs to step up for every team along with this week's rankings.

Cody Bellinger hasn't found his MVP swing of 2019, but maybe a two-homer game on Friday and a two-hit game on Saturday will get him going.

The Yankees have the depth to keep scoring a lot of runs even with Giancarlo Stanton and Aaron Judge sidelined, butGary Sanchez's .133 average and 43.3% strikeout rate (17% above his career rate) are cause for concern.

ICYMI: Aaron Judge is everything MLB could want in a superstar

Marcus Semien finished third in the 2019 MVP voting thanks in part to an impressive 83 extra-base hits. His pace in 2020 over 162 games is just 51, and he's not walking as much either.

The Cubs are off to a great start even though Kris Bryant and Javier Baez are both struggling. Entering Sunday, Baez was hitting .203 with an awful 25-to-3 strikeout-to-walk ratio, giving him a poor .241 OBP. Bryant was hitting .196 and his strikeout rate was his highest since his rookie season.

ICYMI: Cubs dominate as others struggle to deal with the coronavirus

We know the Twins can score runs, but two-time All-Star Jose Berrios is 1-3 with a 5.92 ERA, mostly because of a walk rate that is double what it was last season. Kenta Maeda and Randy Dobnak have pitched well, but Minnesota needs its ace to get in a groove.

Tyler Glasnow was a popular Cy Young pick in the non-Gerrit Cole category, but he has been wild and more hittable than he was last season and has a 7.04 ERA. The good news is he's still averaging 97 mph with his fastball and he has fanned 27 in 15 innings.

Somebody in the rotation needs to step up behind Max Fried. Kyle Wright is 0-3 with a 7.20 ERA in four starts with 16 walks in 15 innings. The former No. 5 overall pick still has limited big league experience, but it might be "next up" in the Braves rotation -- perhaps Ian Anderson or Tucker Davidson.

David Dahl entered Sunday tied for last in the majors among position players with minus-0.9 WAR, thanks to an empty .194 batting average that includes no home runs and a poor 20-to-4 strikeout-to-walk ratio. Dahl was an All-Star in 2019, although he played just 20 games in the second half.

ICYMI: What will it mean if Charlie Blackmon hits .400?

The entire Cleveland offense has been a big black hole of nothing, hitting just .196 entering Sunday. Nobody expected this to be a top-tier offense, but many did expect Francisco Lindor to be an MVP candidate. He's hardly the only problem, but with a .233 average and .281 OBP entering Monday, he has to start hitting like an MVP candidate to lift this offense.

The young bullpen has struggled in clutch situations (the Astros are 1-4 in extra-inning games), and Ryan Pressly has blown two saves in replacing injured closer Roberto Osuna, but getting Jose Altuve back hitting like Jose Altuve would help make up for the shaky relief staff. His .206 BABIP does suggest there's some bad luck going on there, although his strikeout rate is up as well.

Coming up with the Indians and then the Padres, Francisco Mejia was regarded as a bat-first catcher, but he's hitting .079 with one walk. The problem is backup Austin Hedges is hitting .121 with two walks, so Padres catchers are hitting a collective .087/.149/.188. Remarkably, they have competition for being the worst-hitting backstops in the majors -- Cleveland's catchers are hitting .088/.225/.147.

ICYMI: Luis Robert could be MLB's next superstar

Well, Max Scherzer, Stephen Strasburg and Anibal Sanchez have combined for three wins in 11 starts. Strasburg is back on the IL, so we'll excuse him for now, but Sanchez is 0-3 with a 9.69 ERA. With Strasburg out, Sanchez has to rediscover the stuff that made him a key starter during last year's playoff run.

ICYMI:Strasburg to IL after 16-pitch start

Eugenio Suarez continues to struggle, and his .123 batting average isn't an accident -- his expected batting average is just .189 and his average exit velocity is down. He's walking more, but that has led to a less aggressive approach. He's swinging much less often on the first pitch, but he's also swinging less often on pitches in the strike zone.

Scott Kingery's adjusted OPS entering Sunday was minus-30. Is that even possible? It is when you're 6-for-47 with no extra-base hits. Rookie Alec Bohm was called up and will get a chance at third base, so maybe that puts Andrew McCutchen on the spot. He's 10-for-52 with just one double and hit his first home run coming off the bench on Sunday.

If the Marlins are going to continue to surprise, the pitching staff will have to carry the load. Jordan Yamamoto had some bright spots as a rookie in 2019, holding batters to a .191 average, but his first two starts in 2020 were shaky, with 13 hits in 7 innings and two home runs in both outings.

How long can the Marlins keep it up?

With a rotation already thinned out by Marcus Stroman's injury (and then his opting out of playing at all) andNoah Syndergaard's spring Tommy John surgery, Steven Matz needed to step up -- and he's 0-4 with a 9.00 ERA and nine home runs allowed in 23 innings. He's actually throwing harder than last year, so he's had command and location issues.

ICYMI: Stroman opts out of 2020 season

They're just getting back in action after the long layoff, but the one move they made was calling up rookie outfielder Dylan Carlson, who went 1-for-6 in Saturday's doubleheader in his major league debut. You never want to put too much pressure on a rookie, but since this offense doesn't project as one of the best in the league, a healthy contribution from Carlson will be key.

Keep it going, Baltimore! You know who needs to step up? I'm going with ownership -- it's time to stop forcing manager Brandon Hyde to play Chris Davis, who is hitting .133 with one RBI entering Monday. Yes, he has two more years on his contract after 2020, but this is now Year 3 of him not hitting. It's time to end this.

Vladimir Guerrero Jr. does hit the ball hard -- 86th percentile in hard-hit rate -- and he's cut down on his chase rate, but his average launch angle is just 5.6 degrees. In other words: too many grounders, not enough line drives and fly balls.

Robbie Ray once looked like one of the best up-and-coming lefties in the league, but he has battled inconsistency the past couple of seasons. He tweaked the setup in his delivery, but even after taking a no-hit bid into the sixth inning against the Padres on Sunday -- while walking six men -- he has an 8.53 ERA. He still has premium velocity, so there is always hope.

Matthew Boyd was Detroit's Opening Day starter after striking out 238 batters last season, but he's 0-2 with a 10.24 ERA in four outings and has allowed seven runs in each of his past two starts. He had a wipeout slider last year -- batters hit .189 and slugged just .339 against it -- but he has left a lot of hangers this year, as batters are slugging .840 against the slider in 2020.

We can point to the pitching staff, but it's not exactly a group that should come with high expectations. Rafael Devers, however, has been a disaster both at the plate and in the field. He should be turning into one of the game's top stars after his monster breakout in 2019, but everything about his game has looked off so far.

How can Red Sox climb out of vortex of ugliness?

Rookie starters Brady Singer and Kris Bubic have been solid so far in their first few major league starts. If there's any hope of the Royals sneaking into the playoffs as a low seed, those two will have to continue to improve.

Rookie first baseman Evan White has been as good as advertised on defense -- Gold Glove-caliber -- but has struck out in an astonishing 44% of his plate appearances, the highest rate among qualified hitters. The Mariners are counting on him being a big part of the future, so he has to learn to make contact.

Josh Bell is hitting .203/.243/.304 with just four walks, two home runs and 24 K's. Part of the problem: He's seeing the lowest percentage of pitches in the strike zone of any hitter in the majors. He needs to make some adjustments, and if pitchers aren't going to throw him strikes, he has to take his walks. 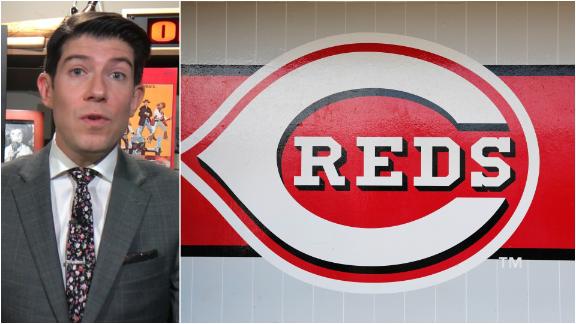