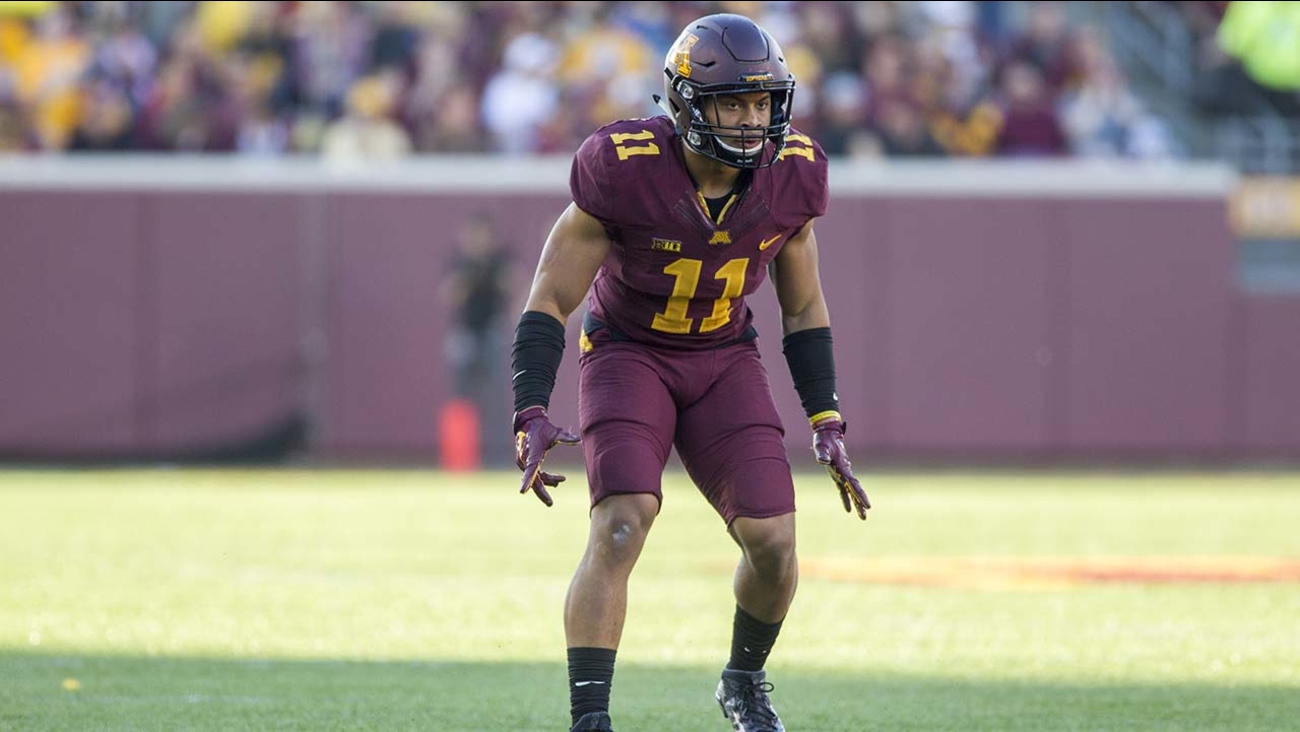 MINNEAPOLIS, MN -- The University of Minnesota football team is threatening to boycott one of the nation's top second-tier bowl games over the suspension of 10 players accused of participating in a sexual assault.

Prosecutors decided there was not enough evidence to file criminal charges, and the players thought the matter was behind them. But a separate school investigation concluded Wednesday that the athletes violated a policy adopted last year that defines sexual assault as anything without a "clear and unambiguous" expression of consent.

On Thursday, the entire team gathered to tell reporters they will not practice or play unless the suspensions are revoked. Several players also are facing possible expulsion.

"All these kids' reputations are destroyed," senior quarterback Mitch Leidner said. "Their names are destroyed. It's extremely difficult to get back, and it's very unfair for them, and that's why we're sticking together through this thing."

Statement from President Eric W. Kaler:
During my tenure as University of Minnesota President, I have worked to improve the safety of our campuses, so our students can focus on their education and college life without feeling the threat of personal harm. I have worked particularly hard to increase understanding of the members of the University community about the importance of young women feeling safe during campus life. We still have a long way to go, but I am proud of the steps we have taken, including Mark Coyle's hiring.

One of my jobs as President is to put our institutional values at the forefront of all we do and ensure our actions are aligned with those values. This principle is far more important than any football game and the University community as a whole, and it is more important than any single athletic team. Some of the values that we hold, as a community, include:
Every member of the University community deserves to be treated with respect.

Our student-athletes are important representatives of the University, and when they wear the M, they are held to a high standard of conduct.
When the expectations for conduct are not met, there are consequences.

I understand that members of our football program are disappointed that 10 of their teammates will not represent the University of Minnesota at the Holiday Bowl.

That is an Athletics Department decision based on values.

I have heard the call from members of our football team to boycott the Holiday Bowl.

Athletics Director Coyle and I have offered, through members of the coaching staff, to meet with the players today to discuss their concerns, but the players have thus far declined that offer.

This offer remains open, as we'd like to sit down with these student-athletes and answer any questions that we are legally permitted to address.

It is important that they understand our commitment to the University's values, and why any Athletics Department decision is different from any conduct code and is different from the decisions made in the criminal justice system.

A bowl game is a wonderful reward for an excellent football season. It is my hope that our eligible football players, marching band, spirit squad and loyal fans take advantage of this opportunity. However, the University of Minnesota will not change our values or our code of conduct for the sake of a bowl game.

Out of respect to the Holiday Bowl Committee, we should let them know soon whether we intend to carry through with our acceptance of their invitation. I am hopeful that members of our football team will meet with us before then, so we can have a dialogue about an issue that is clearly important to them and the University community as a whole. While the 10 players are suspended from active participation in the football program, they remain members of the team and students at the University of Minnesota.

Sexual misconduct already has been a sensitive subject for the university and for its athletics department. Former athletic director Norwood Teague resigned in August 2015 amid allegations of sexual harassment. His replacement, Coyle, was brought in with orders not to tolerate such behavior and played a key role in the decision to suspend the players.

University officials have declined to say why the players were suspended or provide any details of the internal investigation, citing student privacy rules. But an attorney for several of the suspended players and the father of one of them confirmed the action was taken in connection with an alleged sexual assault in an apartment near campus in the early hours of Sept. 2, after the Gophers won their season-opener.

According to police reports, the woman who made the complaint attended a few parties before ending up in the off-campus apartment of players Carlton Djam and Tamarion Johnson. The reports said she accompanied Djam and a male whose name was redacted to Djam's room, where she had sex with both of them at the same time.

After the unnamed male left, she said Tamarion Johnson entered the room and that she had sex with him, too. She said she remembered seeing several people watching.

"She described it as a line of people, like they were waiting for their turn ... She recalls yelling for them to stop sending people in the room because she couldn't handle it," one of the reports said.

The woman said she recalled at least three other men forcing themselves on her, including players Dior Johnson and Ray Buford Jr. She told police the sexual contact between her and Djam and the unnamed man may have been consensual, but that it was not consensual with the others.

She was not sure if she had had sex with player KiAnte Hardin, though he told police they did and that she agreed to it.

The men all told police their sexual contacts with her were consensual.

The school's policy says consent may be initially given, but can be withdrawn at any time and that "sexual activity must stop" at that point or even if there is confusion over consent.

Djam recorded video of part of his encounter with the woman and turned it over to police. According to one investigator's description of it:

"She appears lucid, alert, somewhat playful, and fully conscious; she does not appear to be objecting to anything at this time. ... (She) sounds as though she is somewhat intoxicated, but is not slurring her words and is certainly conscious and aware of what is going on. She does not appear to be upset by the sexual activity and does not indicate that she wants it to stop ... and the sexual contact appears entirely consensual."

The woman acknowledged to police that she drank five to six shots of vodka that night and that there were gaps in her memory, the reports said.

The roles of most of the other suspended players were not clear in 22 pages of redacted police reports released Tuesday.

The Hennepin County Attorney's Office said it had insufficient evidence to prove "beyond a reasonable doubt that either force was used or that the victim was physically helpless as defined by law." That statement cited the high standard of proof needed to secure a conviction in criminal cases.

But the university uses a lower bar in student discipline cases - the "preponderance of the evidence." That standard, used by courts in most civil cases, requires proof only that it's "more likely than not" that the student code of conduct was violated.

A redacted copy of the university's 82-page investigation report obtained by Minneapolis television station KSTP goes into greater detail than the police report, with the woman saying she believed 10 to 20 men had sex with her, though she was not certain because of her limited memory.

University investigators wrote that they generally found her account more credible than those of the accused students. The investigators concluded that several students had failed to provide full and truthful information.

The school's Office for Equal Opportunity and Affirmative Action investigates allegations of sexual misconduct against students, according to university websites. The office then prepares a report and shares its findings with the Office for Student Conduct and Academic Integrity, which determines the sanctions and informs the accuser and accused.

Either side can request a formal hearing before a special committee, and either party can appeal that panel's decision. It's not clear if that has happened. Neither attorney Lee Hutton, who represents several of the players, nor the Equal Opportunity and Affirmative Action Office returned calls seeking comment from The Associated Press.
Related topics:
sportsminnesotau.s. & world
Copyright © 2021 by The Associated Press. All Rights Reserved.
More Videos
From CNN Newsource affiliates
TOP STORIES