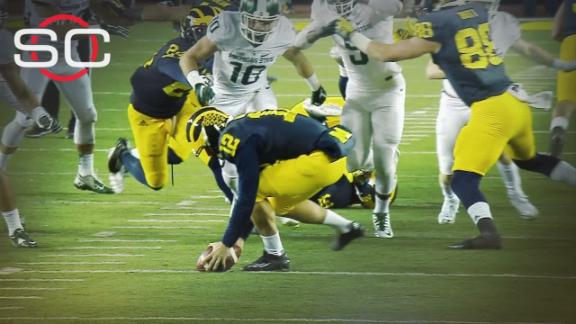 ANN ARBOR, Mich. -- Michigan'sBlake O'Neill,the Australian-born punter whose bobble on the final play helped cap the Wolverines' shocking27-23 losstoMichigan Stateon Saturday, says his instincts from his days playing Aussie Rules football kicked in after the initial snap got away from him.

"I tried to sort of kick it over my head, and that didn't work out," O'Neill said Tuesday from the team's practice facility. "That's life. That's football. You learn from it so you can do better and pick up yourself up, dust yourself and move on. We're sort of taught to pick up and move it on. Obviously, that's completely on me. I own this error and very much know better if I was to have my time over again."

In the Australian game, a closer relative to rugby than American football, players pass to their teammates by kicking, and they often do so with opponents close by.

The graduate transfer described the past few days as "interesting," after his punt attempt in the final seconds ended up in the arms of a Michigan State defender, who returned the ball 38 yards for the game-winning touchdown.

O'Neill said he has learned from the mistake and put it behind him.

"Pick yourself up, dust yourself off and go again," O'Neill said. "That's the beauty of sport. We get another chance against Minnesota [on Oct. 31] to come out and prove we're improving."

O'Neill, who played last fall at Weber State before transferring to Michigan, said he has dropped only one other snap on a punt attempt in his career. On that play, he was able to gather the ball and get off a 67-yard punt.

Droves of Michigan fans and football empathizers reached out to O'Neill over the weekend to offer their support. News of the memorable and improbable ending reached Australian papers, and he heard from friends in Melbourne, his hometown. O'Neill's family was at the tail end of a monthlong visit to the U.S. and spent the weekend with him.

O'Neill said his teammates supported him and he heard from NFL players such as formerArizona Cardinalskicker Jay Feely. O'Neill also said hewatched the play a few times in the film room with special teams coach John Baxter, but that didn't extend beyond the usual game review.

O'Neill also said he stayed away from Twitter over the weekend, as a small group of fans posted vitriolic messages to him after the game.

"I just figured I think I'd be better off to let this one cool down a little bit before I check it," he said. "I've certainly been impressed by the amount of people who have taken time out of their day to say thank you for playing for Michigan and supporting me. I'm really appreciative of all that."

"But it's the world we're living in right now too," Dantonio said. "People tend to attack other people via social media. It's just one play. It should not define a person." 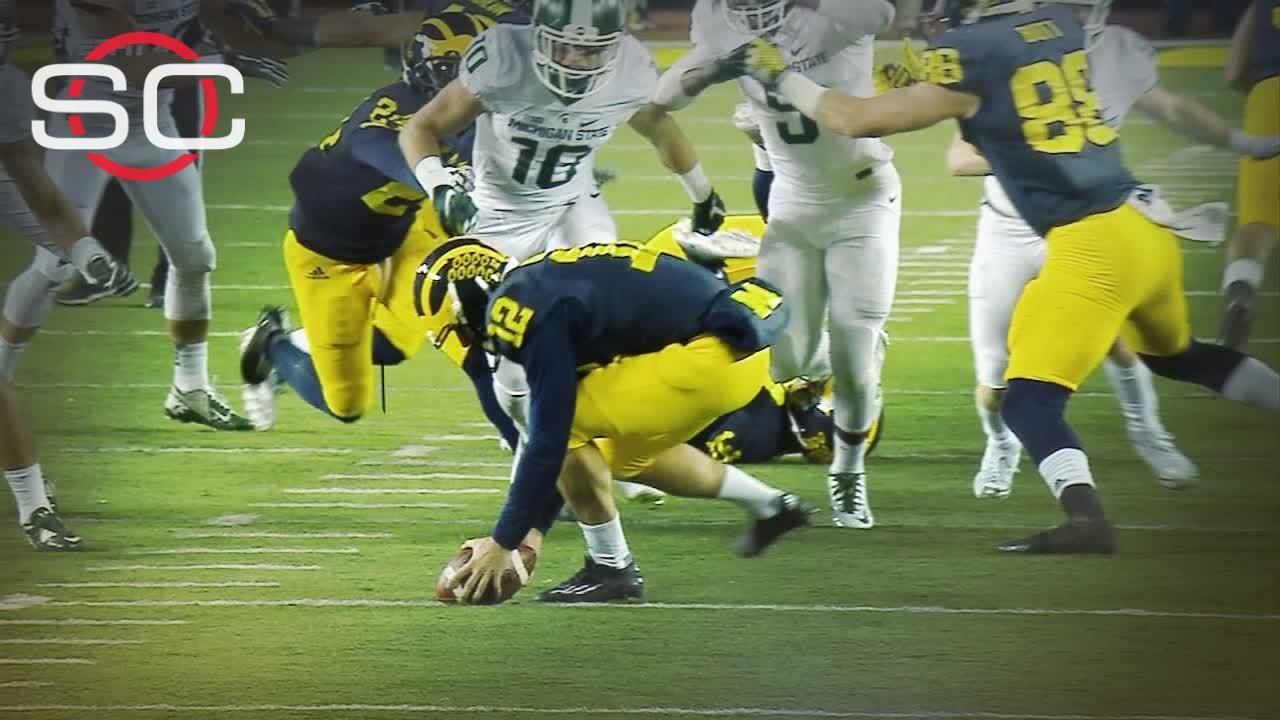 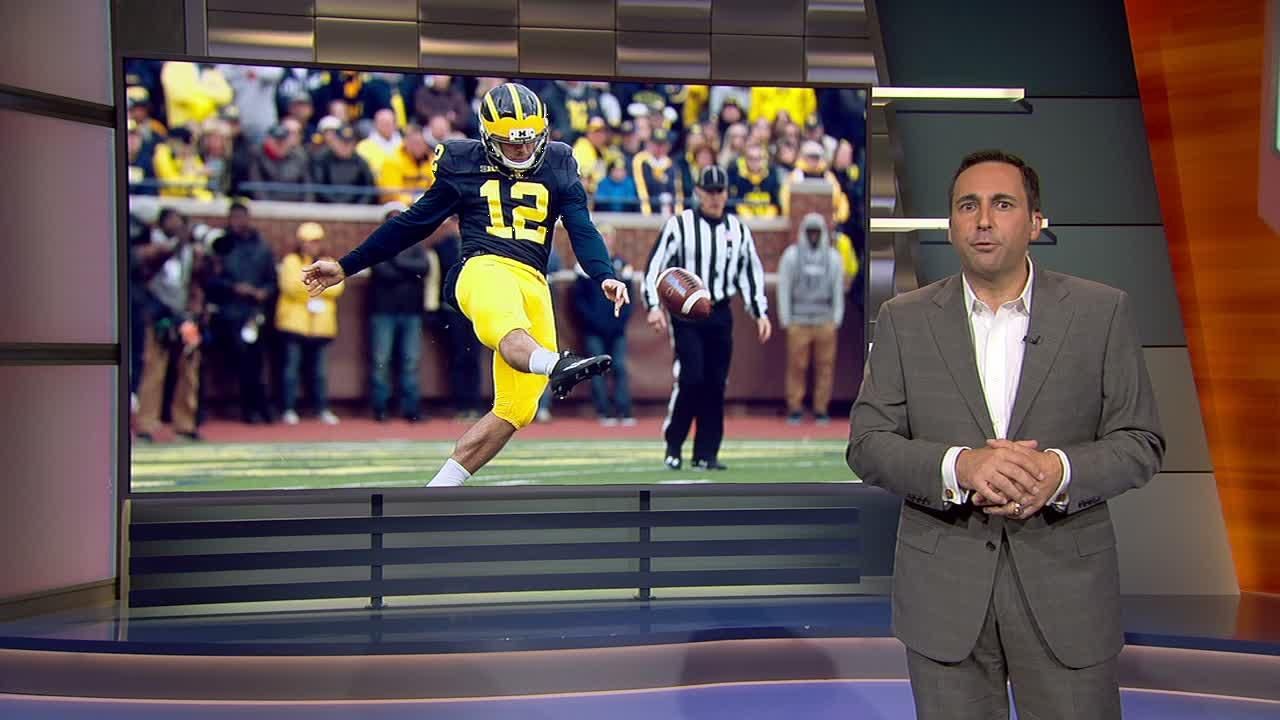