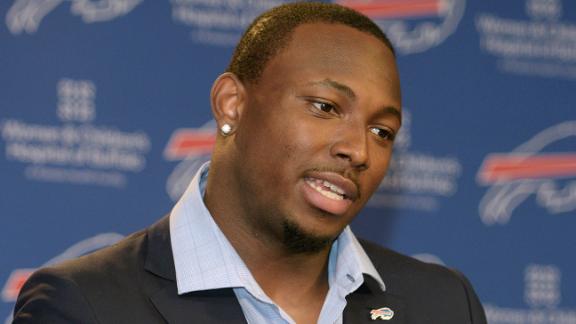 McCoy, who was traded to the Buffalo Bills in March, has since accused Chip Kelly of considering players' race in roster decisions, telling ESPN The Magazine that the Eagles coach "got rid of all the good players ... especially all the good black players."

Vick, however, disagrees -- and he said he told the running back as much at a recent charity event hosted by former Eagles teammate DeSean Jackson.

"I try to give my little piece of advice that I can offer him. He's his own man. He has his own feelings and emotions. So I can't interfere with that," Vick told NJ.com at a celebrity golf outing in New Jersey on Monday. "The only thing I try to tell him is stay positive, don't expose yourself so much. You're still blessed to be playing in the NFL, a great league, and don't take things so personal. Your life is great on and off the field. Keep it that way."

McCoy said earlier this month that he doesn't regret making the comments. Kelly, meanwhile, has denied the accusations and said he has tried to reach out to McCoy in an effort to clear the air.

"Shady said that for his own reasons," Vick said Monday. "I know Chip personally, and I don't feel that way about him. I try not to even look at it that way.