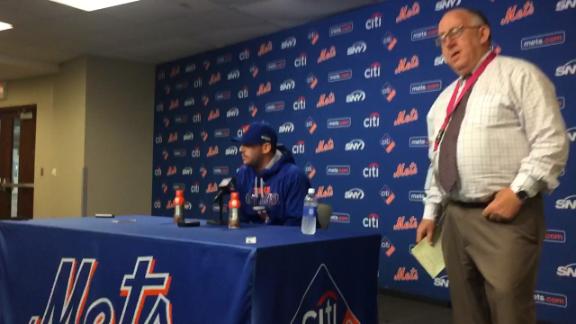 Harvey later apologized to teammates for the unexcused absence, which apparently happened because he lost track of time.

"Obviously, today was not the greatest," Harvey said after arriving at Citi Field. "I know we had a mandatory workout. The last thing I ever want to do is not be here with my team. Basically, there's no excuse. I screwed up. I wasn't here. I showed up a little late. I've talked to [general manager] Sandy [Alderson] and I've talked to [manager] Terry [Collins] and my teammates and apologized to them and apologized to everybody. They understand. I'm here to get my workout in and be with the team.

Harvey remains on schedule to pitch Game 3 of the National League Division Series against the Los Angeles Dodgers on Monday, when the series shifts to Queens.

Collins said Harvey would be fined for missing the workout, which took place from noon to 2 p.m. ET. The Mets' manager also indicated that Harvey called to say he was stuck in traffic.

"One thing about having rich players: There's a nice donation they'll be making."

Asked about his level of disappointment about Harvey's absence, team captain David Wright said: "You have to ask Matt. I'm concerned about the guys that are here. The guys that are here, we had a great workout. You'll have to talk to Matt about that. We're rolling. We're clicking. Guys came in today, took care of business, did what they need to do to prepare for Friday. I'm happy with that. I thought it was a good workout. You can only worry about what you can control. We had everybody else here. I thought everything went great."

Harvey and the Mets were embroiled in drama last month after agent Scott Boras advocated that Harvey pitch no more than 180 innings, including the postseason, in his first year back from Tommy John surgery.

The hullabaloo subsided when Harvey went to Collins before a Sept. 26 start in Cincinnati and indicated he wanted to have a looser innings restriction. Harvey ended up tossing 189 1/3 innings during the regular season.

The Mets have planned to be conservative in terms of the frequency of his postseason starts. That is why Harvey is due to start Game 3 rather than pitch twice in the division series if it goes the distance.

On a positive note for the Mets, rookie left-hander Steven Matz took a positive step Tuesday toward being available for the division series. Matz, who has not pitched in a game since Sept. 24 because of back spasms, threw a bullpen session at Citi Field before the formal team workout.

Alderson said Matz will head to Florida and throw 90 to 95 pitches in a simulated game Thursday. The Mets plan to carry 11 pitchers and 14 position players on their postseason roster. Team officials will make the call on Matz shortly before the 1 p.m. ET deadline on Friday to submit rosters. They will fly an extra pitcher to Los Angeles with the team in case Matz is unable to contribute.

The Mets originally eyed Game 4 for Matz, but Jacob deGrom could come back on short rest for that outing if the team is down in the series. Otherwise, Bartolo Colon would be an alternative to Matz.

"Certainly today is a step forward, so we are encouraged," Alderson said.

The GM ruled out infielder Juan Uribefor the division series, although Alderson suggested Uribe may be ready in future rounds. Uribe originally damaged cartilage in his chest diving for a grounder at second base on Sept. 20. He exacerbated the issue when he tried to pinch hit five days later.

As a result of Uribe's absence, outfielder Kirk Nieuwenhuis should join catcher Kevin Plawecki, infielders Wilmer Flores and Kelly Johnson and outfielders Michael Conforto and Juan Lagares as the bench players for Game 1 on Wednesday, when the Mets face left-hander Clayton Kershaw.

Conforto would start Game 2 on Saturday in left field against right-hander Zack Greinke, with Michael Cuddyer shifting to the bench.

After Sunday's regular-season finale, the Mets sent Eric Young Jr., Eric Campbell, Logan Verrett, Anthony Recker and Bobby Parnell to Florida to keep in baseball shape in case they are needed in future rounds. The Mets sent home Johnny Monell, Dilson Herrera, Tim Stauffer, Dario Alvarez and Eric O'Flaherty -- indicating they don't intend to use those players in the postseason. 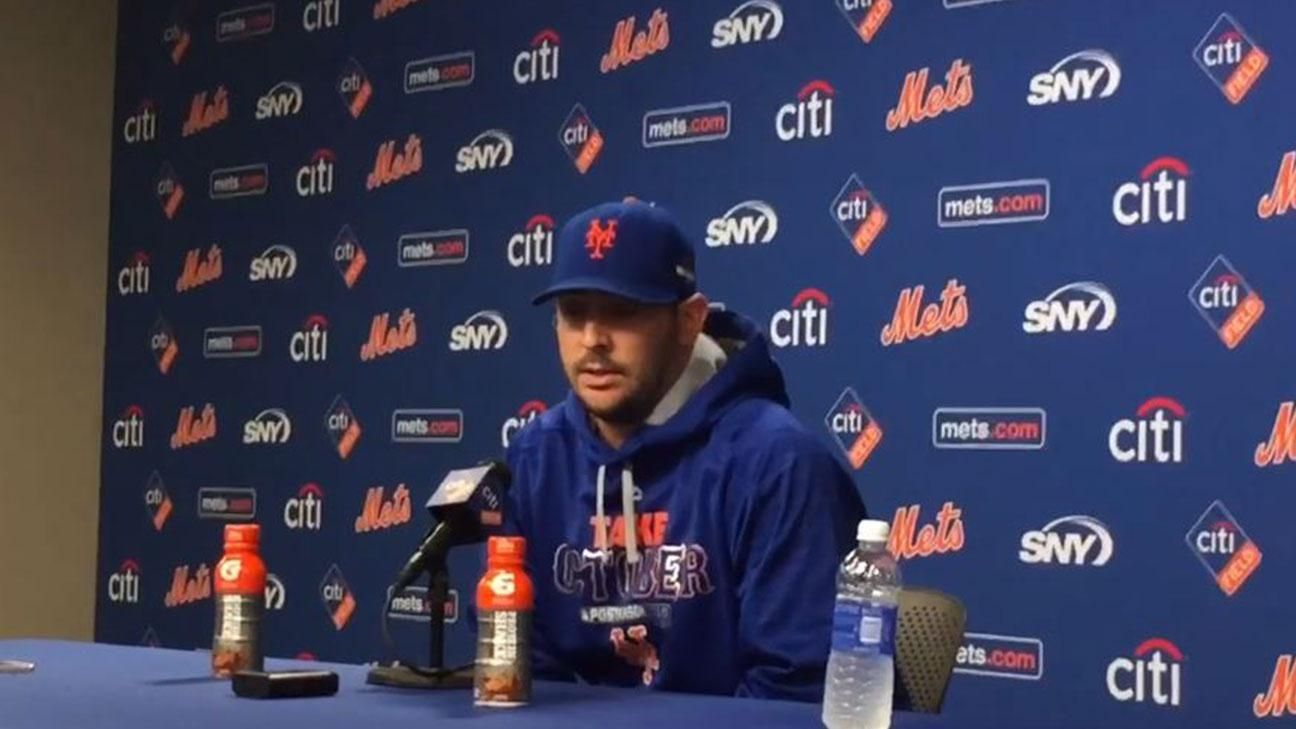