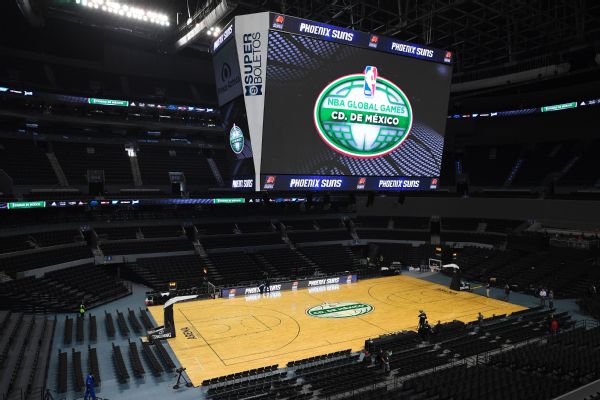 Dallas Mavericks owner Mark Cuban said would support the idea of an NBA team in Mexico.

Cuban praised the Arena Ciudad de Mexico, and added that the distance from the United States is not a factor.

As part of the NBA's Global Games series, the Mavericks defeated the Phoenix Suns 113-108 on Thursday night in the fourth regular-season NBA game played in Mexico.The previous regular-season game in Mexico took place in 2015, when Boston faced Sacramento.

"I would love a team down here. I think it would really help the sport,'' Cuban said. "I would like to come back with the Mavericks, and every time that the NBA asks, we would love to be here.''

Mexico City mayor Miguel Angel Mancera said earlier in the week that he supports the idea of an NBA team in Mexico.

The game was the first of two that the Suns will play south of the border. Phoenix will take on the San Antonio Spurs on Saturday.

Mexico is hosting two games in one season for the first time in NBA history.