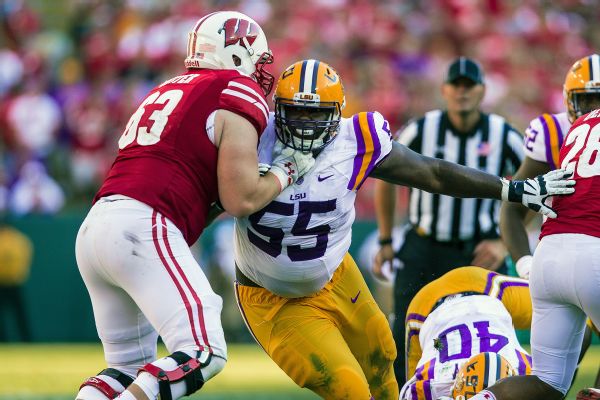 Tigers coach Ed Orgeron announced his decision in a Thursday news release, which noted that Valentine's dismissal is a result of his violating team rules.

"At this point in time, Travonte is no longer part of our football program. We wish him the best," Orgeron said.

This is the third time that a program has dismissed Valentine in the past 19 months. After the 2014 ESPN 300 honoree sat out his freshman season while waiting to be cleared academically, former LSU coach Les Miles kicked Valentine off the team in July 2015 before he ever appeared in a game. He was subsequently dismissed at Arizona Western College only a few months after his arrival.

Valentine claimed to have gotten his act together during a six-month stint at Mississippi Gulf Coast Community College, prompting Miles' staff to offer him a second chance last summer. He returned to LSU in August as a potential anchor at the center of the Tigers' defensive line in new coordinator Dave Aranda's 3-4 scheme.

Valentine got off to a strong start, making three tackles and playing 35 snaps in the opener against Wisconsin, prompting Miles to say, "I think he's just getting started."

However, the 356-pound lineman wore down late in the Wisconsin game and conditioning would remain an issue, with his weight fluctuating as the season progressed. Orgeron eventually benched Valentine, with the sophomore sitting out the final seven games of the season leading up to Thursday's dismissal.