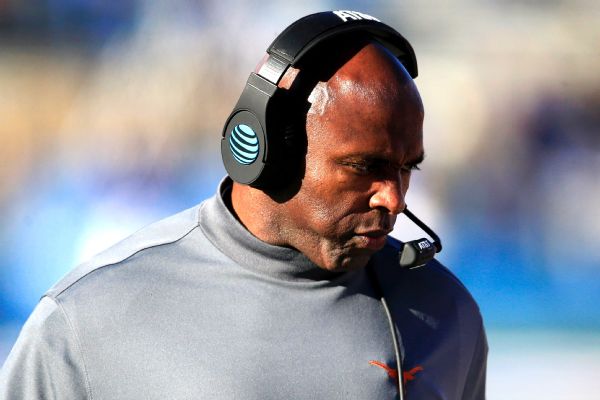 The Charlie Strong era with the Texas Longhorns is over.

"Decisions like this are tough to make. The responsibility is not taken lightly," athletic director Mike Perrin said in a statement announcing the firing. "Coach Strong represented The University of Texas with class and dignity, and he demanded our student-athletes do the same by adhering to his system of core values. However, after thorough evaluation, the body of work over three seasons has not shown the improvement we were hoping for. This was an important year for our program to take the next step, and the results simply aren't there, so we've decided to make a change.

"In the end, the results over three seasons were not there," university president Greg Fenves said in a statement. "It was not clear the future was going to be at the levels expected of Longhorn football."

"I'm most disappointed for these kids and our staff who have poured so much of their lives into this program for the last three years," he said. "I do understand that it comes down to wins and losses, and we have not done our job in that area yet. I accept full responsibility for that but know in my heart that we accomplished our primary goal, which is the development of young men. ... There are very bright days ahead, and I'll be pulling for these kids no matter where I am."

Shortly after the decision to fire Strong was announced, defensive lineman Charles Omenihu tweeted, "I love you coach."

Strong's final season at Texas began with a 50-47 double-overtime victory againstNotre Dame, which was a preseason top-10 team but entered Saturday 4-7. The win moved the Longhorns from unranked to No. 11 in the Associated Press Top 25.

The Longhorns pulled off an upset victory againstBaylor and had an opportunity, if they won out, to finish 8-4 and save Strong's job. After close losses to West Virginia and a one-win Kansas team, coupled with Friday's blowout loss to TCU, the Longhorns instead finished at 5-7.

Some Texas boosters had been exerting "extreme pressure" on Texas leadership to move on from Strong and pursue Herman, ESPN's Brett McMurphy reported last weekend. Fenves and Perrin publicly offered their support for Strong during the season, and Strong acknowledged last week that Fenves would "take a long look" at the program's progress at the end of the season.

Strong's hiring was a social leap forward as he became the first black football coach in school history, but his short tenure was marked by turmoil, losing football and a divided fan base.

Strong had been coaching through hot-seat speculation ever since a 1-4 start to the 2015 season. He demoted offensive playcaller Shawn Watson after a season-opening loss to Notre Dame and struggled through another up-and-down year for a 5-7 finish despite upset wins againstOklahoma and Baylor.

Despite that offensive talent, Texas came up short in too many close games, with losses by margins of 3, 3, 4, 5 and 7 points this season. Against Kansas, the Longhorns gave away six turnovers and blew an 11-point fourth-quarter lead. With Friday's loss to TCU, they were 1-18 when trailing at halftime during Strong's tenure.

Information from ESPN staff writer Max Olson and The Associated Press was used in this report. 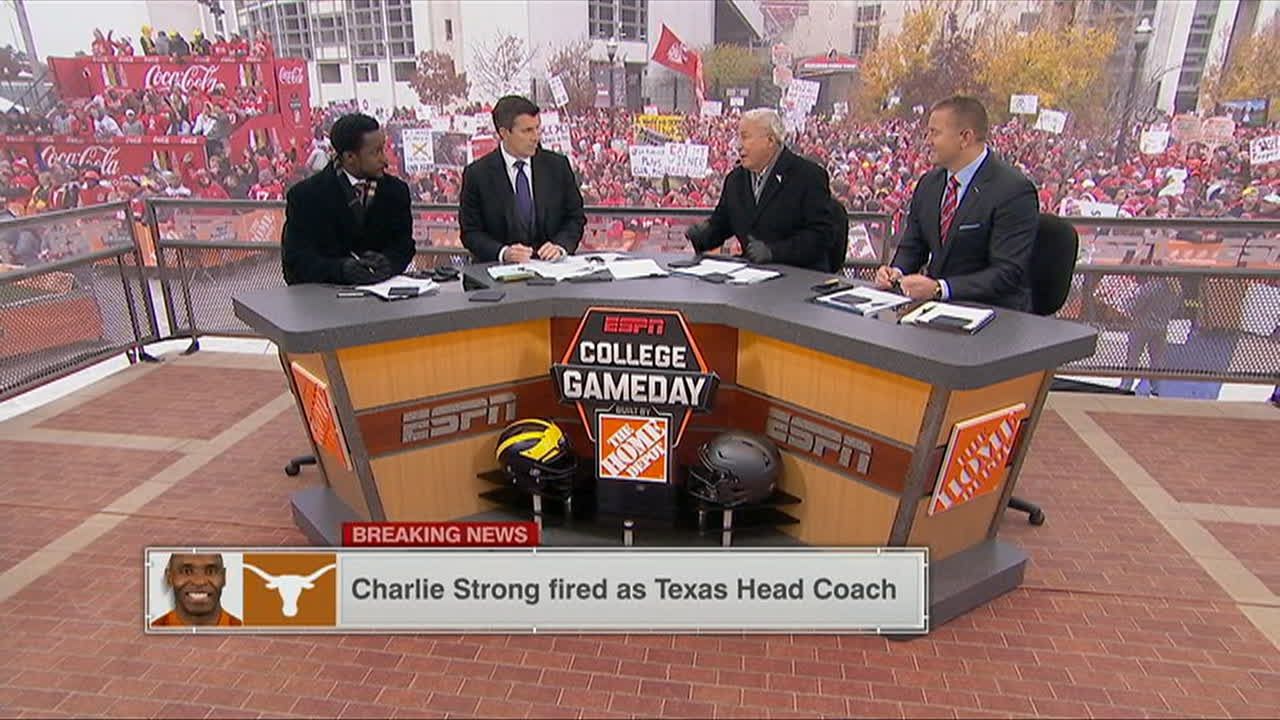 Strong's firing not a surprise
The College GameDay crew isn't surprised to see Texas officially fire Charlie Strong and examines what's next for him.

Loss to Kansas changed Texas' mindset on Strong
Longhorn Network's Alex Loeb explains how it was the loss to Kansas that ultimately had Texas making the decision to let go of Charlie Strong. 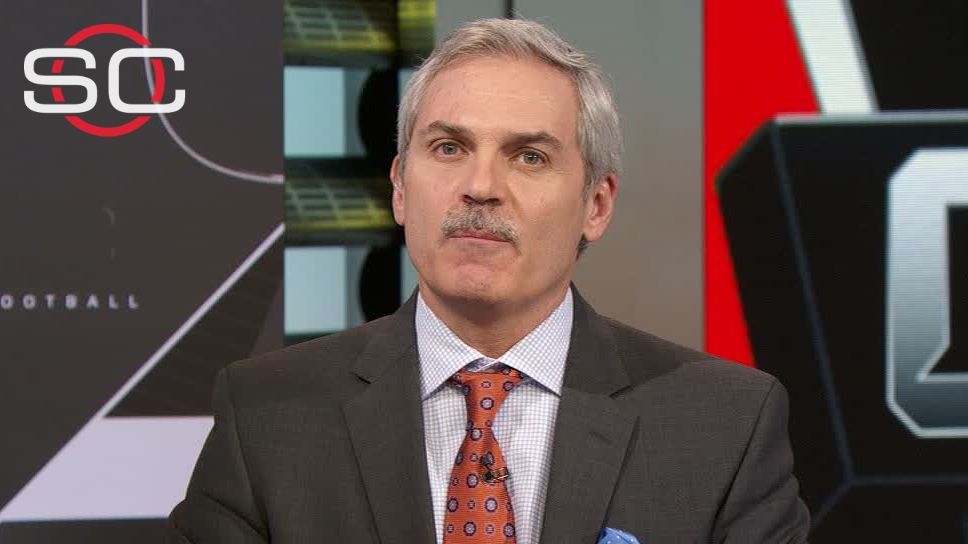