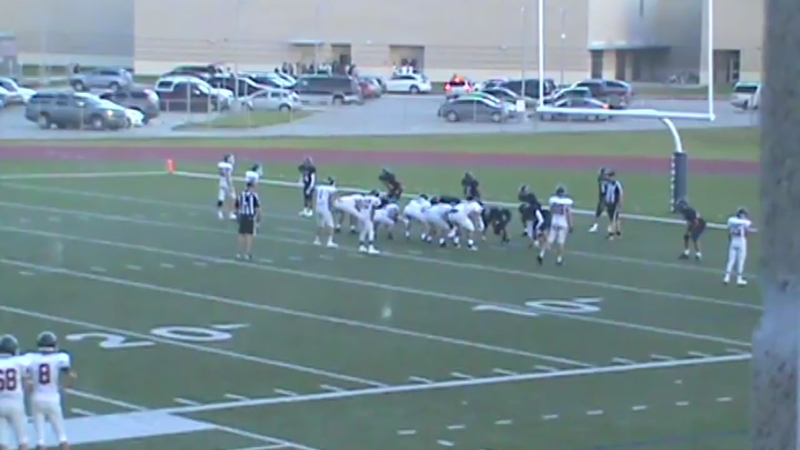 WOODLANDS (KTRK) -- The Woodlands JV team has been working hard on the practice field for a month and half.

The Highlanders are still seeking their first victory and a win was within their reach last Thursday against Tompkins.

The score was 29 - 28 and the Woodlands were about to score.

But on the next to the last play of the game a Tompkins player was seriously injured.

Life Flight was called in and it immediately changed the mood of a very competitive game.

"If we do go and try to win the game, do you really celebrate that," said David Colschen, The Woodlands JV coach.

With one of their opponents headed to the hospital, winning didn't seem all that big anymore.

"I went over to the coaches and said our kids don't really feel like finishing the game. He said coach can I take a knee and I said coach that would be great. They came out and took a knee, a lot of class." said Tony Tademy, Katy Tompkins varsity coach.

"It was a very teachable moment for both teams to remember the moment you take a stand for what's greater for humanity not what the scoreboard says," said Colschen.

The Tompkins player is out of the hospital and doing much better.

The Woodlands players may have come up short on the scoreboard but they still felt like winners.

"I was actually the one who hit him so I felt pretty terrible I'm really glad he's better now. I think we did the right thing in taking a knee and letting them win," said Austin Brauweiler, The Woodlands receiver.