Levi Norwood out after wrist surgery 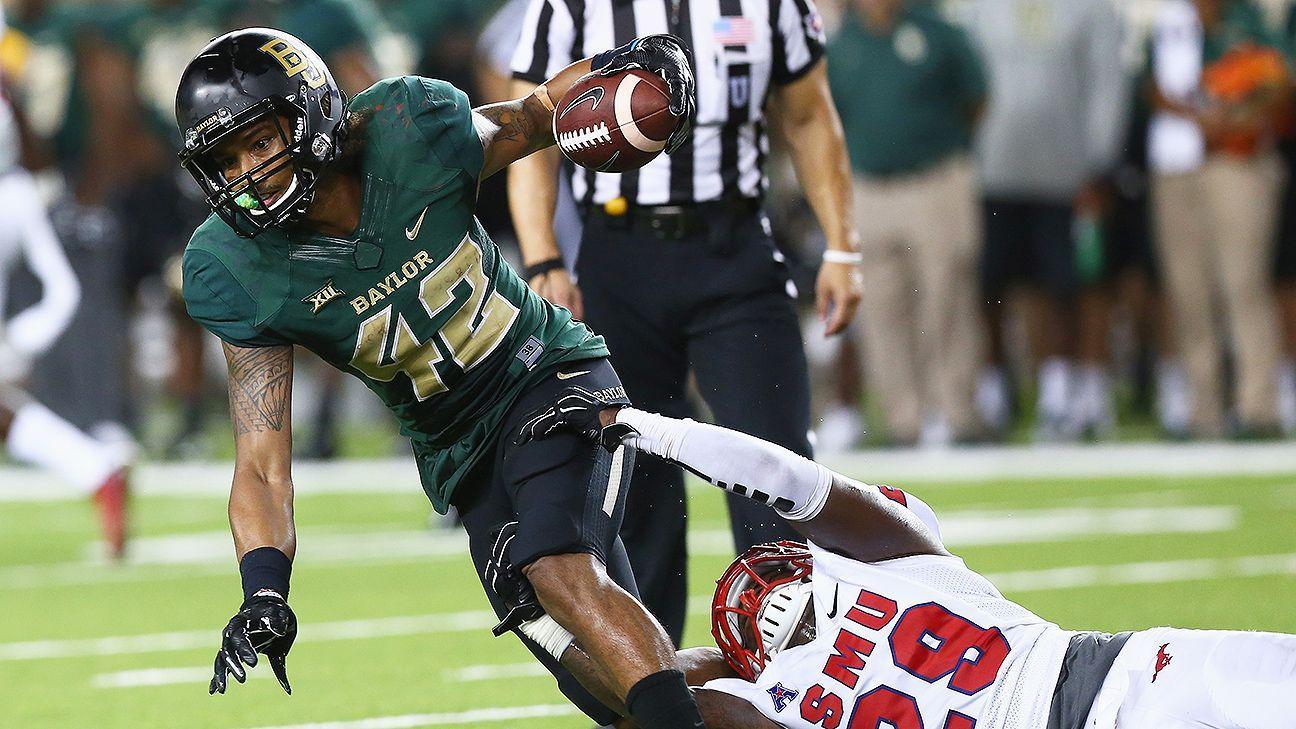 Starting receiver Levi Norwood has become the team's latest player to get injured. Norwood will miss at least the next three weeks after undergoing wrist surgery for an injury he suffered in the opener against SMU, Baylor coach Art Briles told the Waco (Texas) Tribune-Herald on Thursday.

He's not the only key offensive player the Bears could be without against Northwestern State on Saturday. Quarterback Bryce Petty has been sitting out practice this week after cracking two transverse processes in his back against SMU.

Petty sent a get-well message to Norwood via Twitter on Thursday.

@b_petty14 thanks brotha, will be back out there ASAP