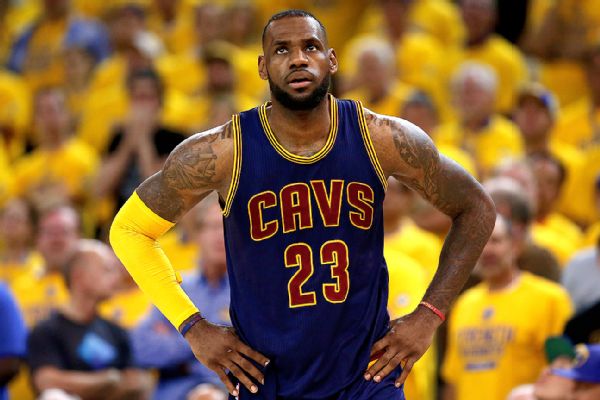 INDEPENDENCE, Ohio -- LeBron James says he has lost all respect for Phil Jackson after the New York Knicks president characterized James' business associates as a "posse" in a recent interview with ESPN.

"Zero," James said Tuesday, when asked if he had any previous ties to Jackson. "No relationship at all. I had nothing but respect for him as a coach for what he was able to do. Obviously he was at the helm of [the team featuring] my favorite player of all time [Michael Jordan], and also being there growing up and watching him with the Lakers, but I got nothing for him."

Jackson, in an interview with ESPN's Jackie MacMullan published this week, made the statement while revisiting James' departure from the Miami Heat to the Cleveland Cavaliers in the summer of 2014 and what it meant for the tenure of Heat president Pat Riley.

"It had to hurt when they lost LeBron," Jackson said. "That was definitely a slap in the face. But there were a lot of little things that came out of that. When LeBron was playing with the Heat, they went to Cleveland, and he wanted to spend the night. They don't do overnights. Teams just don't. So now [coach Erik] Spoelstra has to text Riley and say, 'What do I do in this situation?' And Pat, who has iron-fist rules, answers, 'You are on the plane. You are with this team.' You can't hold up the whole team because you and your mom and your posse want to spend an extra night in Cleveland.

"I always thought Pat had this really nice vibe with his guys. But something happened there where it broke down. I do know LeBron likes special treatment. He needs things his way."

"It's the word 'posse' and the characterization I take offense to," Carter said. "If he would have said LeBron and his agent, LeBron and his business partners or LeBron and his friends, that's one thing. Yet because you're young and black, he can use that word. We're grown men."

"I've been in the league for 14 years and from the beginning two years in, I felt like I wanted to put my guys in positions of power, give those guys an opportunity to better themselves," James said. "You know, in the beginning we were highly criticized and I was highly criticized about what I wanted to do to help some guys around me become very successful in business.

"It just sucks that now at this point having one of the biggest businesses you can have both on and off the floor, having a certified agent in Rich Paul, having a certified business partner in Maverick Carter that's done so many great business [deals], that the title for young African-Americans is the word 'posse.'"

Carter oversees the entertainment aspects of James' off-court interests; Paul represents James as his agent and runs the Klutch Sports Group, which counts many other NBA players as clients; and Randy Mims is the executive administrator of player programs and logistics for the Cavs.

"We see the success that we have, but then there is always someone that lets you know still how far we still have to go as African-Americans," James said.

James said he didn't think Jackson would use the term "posse" to describe a powerful sports figure who isn't African-American.

"If you go and read the definition of what the word 'posse' is, it's not what I've built over my career," James said. "It's not what I stand for, it's not what my family stands for. I believe the only reason he used that word is because he sees young African-Americans trying to make a difference."

Jackson hasn't responded directly to James' or Carter's comments, but on Tuesday he did retweet a post fromKnicks Vice President of Player Personnel Clarence Gaines Jr. about the Posse Foundation, a college access and youth leadership development program.

In the same interview with MacMullan, Jackson said he regularly meets with Knicks star Carmelo Anthony to strengthen their relationship as executive and player.

Anthony, one of James' closest friends in the league, also addressed the issue Tuesday.

"I know [James] and I don't think he would just say something to be saying it," Anthony said. "Whatever was said, I'm pretty sure it hit home and he responded to it. I don't know exactly what was said."

Anthony said he doesn't think Jackson meant to use the word "posse" in a racial connotation, but he also didn't want to speak on Jackson's behalf.

James and the Cavs play the Knicks at Madison Square Garden on Dec. 7, in what now figures to be an even more highly anticipated matchup.

"It's not surprising," James said. "If [Jackson] says it out to the media, you can only imagine what he says when the camera is not on him or the headset or whatever you guys record on. Just got a lot more work to do."

James was asked if there was any correlation between Donald Trump winning the presidential election and Jackson's sentiments.

"I don't know," James said. "It could be a reach. But at the same time ... it could not be a reach. You don't know what the direct correlation is, but I know how hard I work, I know how much I sacrifice, I know I show up to work every single day and I know I put my team and every franchise I've been on -- from the Heat to here -- before me because I've only cared about one thing. And that's winning.

"I've tried to put my guys in position to where they can walk in a meeting and go places and they don't need me because they got to a point where they've done their homework, they've studied on what they want to do and they can hold a meeting without me because of the respect that they have and the knowledge they have. That's just 12 years of hard work and dedication that we put to each other. I know Phil's in a position of power in our sport, but to criticize me and my guys over that is nonsense."

James has played in six consecutive NBA Finals and has three championship rings. Jackson won 11 championships as a coach and two as a player. On Tuesday, James sounded hurt to be scrutinized instead of being embraced by another luminary in league history.

"If anybody needed advice about the game or wanted to talk about the game, I've been nothing but open," James said. "But it seems like when my name is involved with other people that's helped build the game, it's like, 'How can we criticize what he does on and off the floor?' instead of trying to help me."

James' coach in Cleveland, Tyronn Lue, has played under Jackson, but said he's not going to broker any sort of meeting between the two.

"It's not something I talked about so if they want to meet they can meet or whatever. I'm not in that," said Lue, who added that he's focused only on making the Cavs a better team.

James was visibly perturbed with the subject matter for the 10-minute media session. He later told a reporter he would have had much more to say on the subject, but he wanted to stay in a positive state of mind.

He added that he wanted to be able to still get his nap in before the Cavs' game against the Toronto Raptors later that night with first place in the Eastern Conference on the line.

"My whole goal is while I have this platform and this muscle that I have right now is how can I better the youth that looks at me every single day and sees what I do and sees what I say and sees the way I walk and talk and what I wear and use it as a positive way to get out of the situation they're in," James said. "I'm not going to be that guy that ever downplays somebody or tries to knock someone off just [to] feel better about myself." 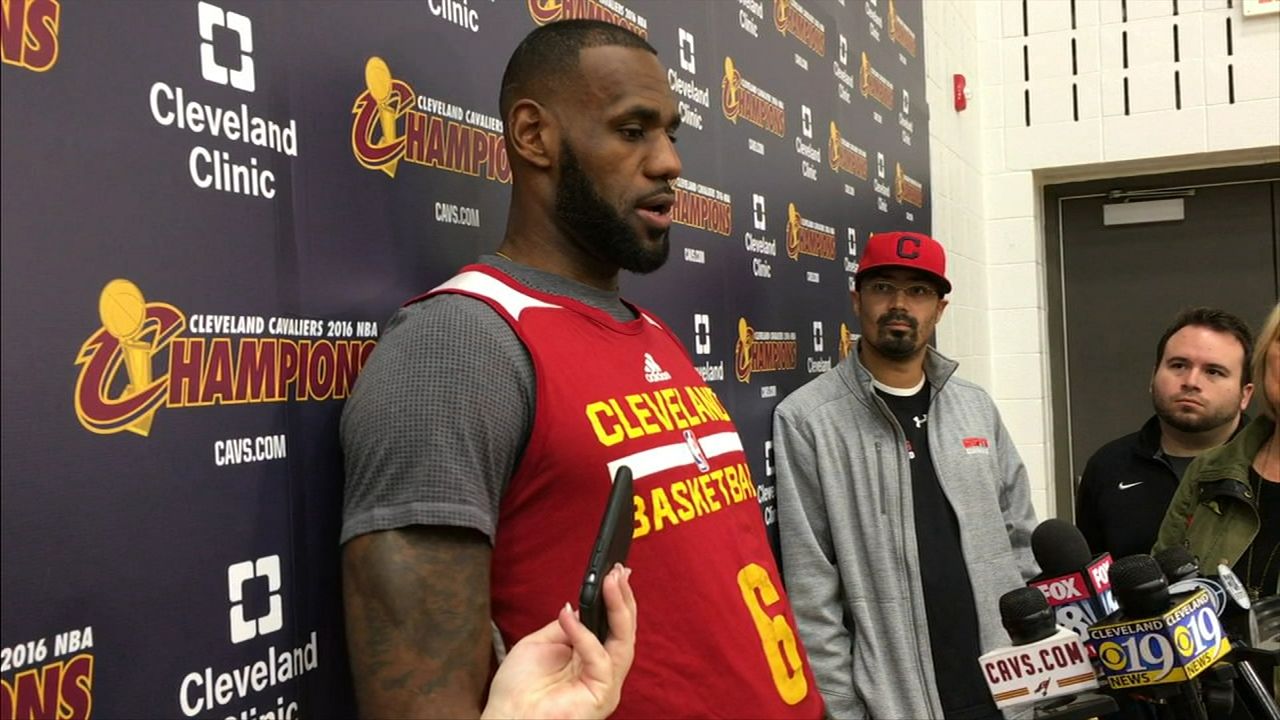