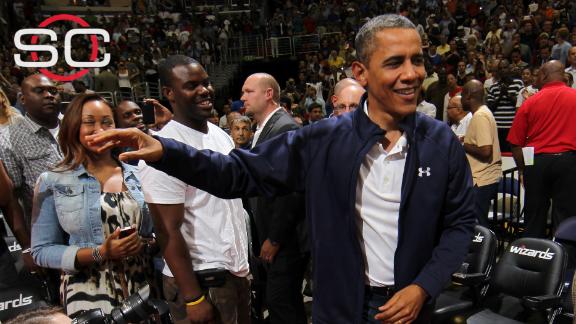 CHICAGO -- President Barack Obama, perhaps the most famous Bulls fan in the world, was in attendance for Chicago's season-opening 97-95 win over the Cavalierson Tuesday.

Obama was interviewed during the game's telecast on TNT and thanked the NBA for supporting his "My Brother's Keeper" initiative, which helps young men of color.

"It's a program to make sure that all of us are supporting disadvantaged youth and particularly disadvantaged boys," Obama said. "The NBA stepped up. Every team in the league is sponsoring mentorship programs."

Following the game, Obama took to Twitter to applaud the Bulls' victory.

Derrick Rose said "it's always an honor" to play in front of the president.

"It's really cool for him to come out and support us," All-Star swingman Jimmy Butler added. "Him being from here and all. I'm glad we got a win for him, of course. We kind of had to focus on the Cavs a little bit but I think everybody was looking over there and saw Obama over there."

"He loves the game of basketball," LeBron James said prior to the Cavs' shootaround Tuesday morning. "We all know that. It's an honor for me to be a part of a venue and a spectacle that the president would like to come and watch. It's an honor, for sure."

James, who teamed up with Michelle Obama last week in Akron, Ohio, as part of a higher-education initiative, said the First Lady did not tip him off about her husband's plans.

"I don't think they disclose information like that," James said with a smirk.

It was not the first time James and teammate Kevin Love have performed in front of Obama. In July 2012, while preparing for the upcoming London Olympics, USA Basketball hosted Brazil's national team in Washington, D.C. James scored 30 points in a come-from-behind victory for the U.S. with Obama in the stands.

"He was able to grace that game and came into the locker room and things of that nature," James said. "It was great to represent the country by playing the game that I love, and so he was there. It was pretty cool."

Obama flew into Chicago on Tuesday to deliver a speech at the annual conference for the International Association of Chiefs of Police at McCormick Place, where he is expected to lobby for stricter gun control in the U.S.

Earlier this month, James also spokein favor of stricter gun laws after an infant was shot to death in Cleveland.

Love said he could feel Obama's presence in the United Center close to nine hours before tipoff.

"Tonight, it'll be cool to see the president there," Love said pregame. "I don't know who he'll be with, but you can tell he's going to be in the building by all the suits running around."

Cavs coach David Blatt, who coached overseas for more than 20 years before coming to the NBA last season, said he had roamed the sideline in front of foreign dignitaries but never the president of the United States.

"You know, I've been in front of some presidents in other parts of the world, actually," Blatt said.

It wasn't the first time Obama attended a game while in office. In February 2009, during his first term, Obama sat courtside for a game between the Bulls andWashington Wizardsin D.C., and he drank a beer as he took in the action.

"I believe our league is the greatest league that we have in the world. We have the greatest athletes and greatest fans and so on and so on," James said. "So [for] the president of the United States to grace us on opening night in Chicago, I'm just honored. [It's] something I can tell my kids a long, long time from now. I'll actually be able to have the film showing them -- kids don't believe me sometimes -- I'll be able to show them the film that the president of the United States was at a ballgame I played in. That's pretty cool."

Information from ESPN.com's Nick Friedell was used in this report.

Obama optimistic for Bulls' season
President Barack Obama joins the TNT broadcast and provides his outlook for the Bulls in 2015-16 and talks about the initiative "My Brother's Keeper," which supports disadvantaged youth. 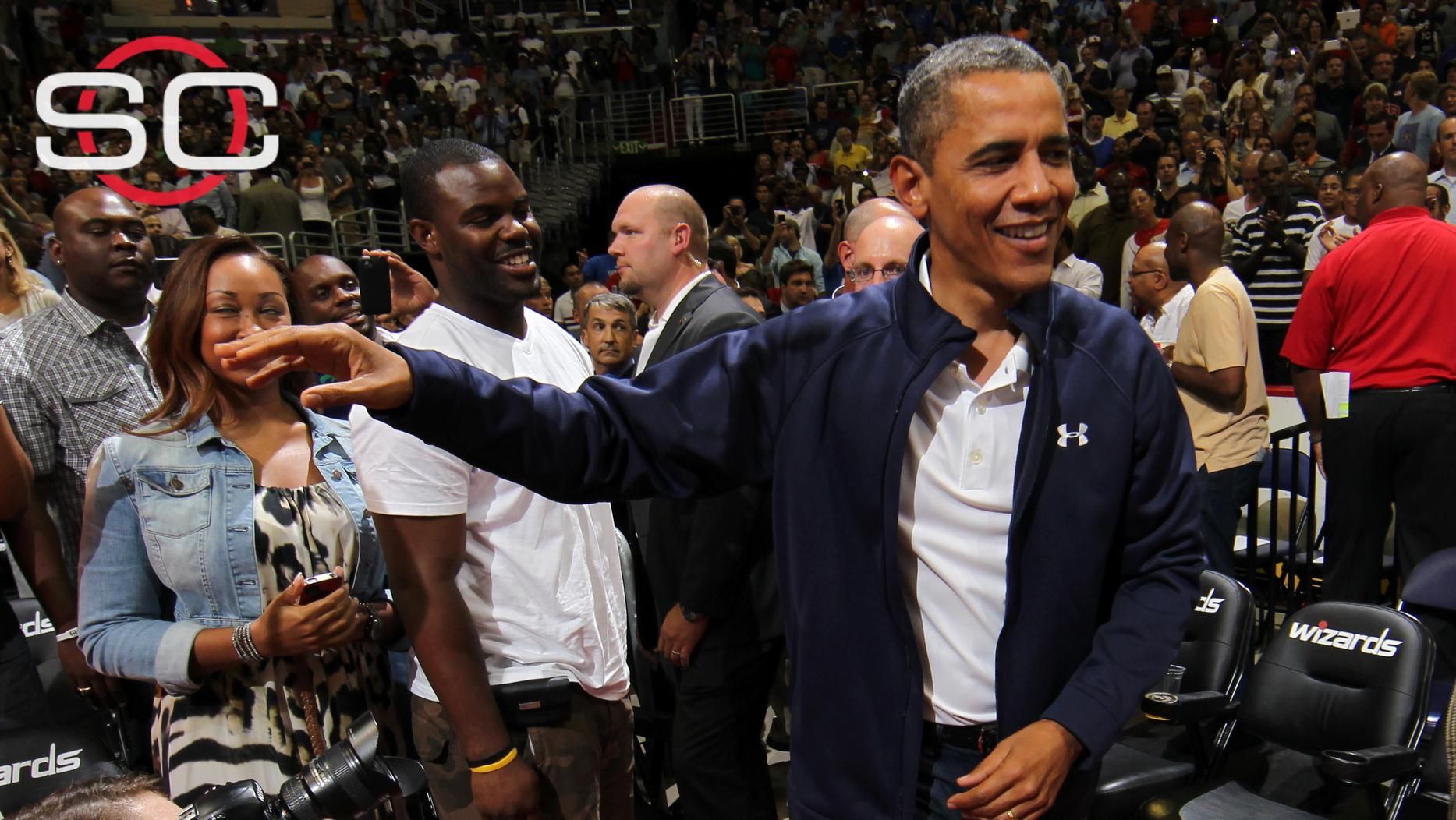