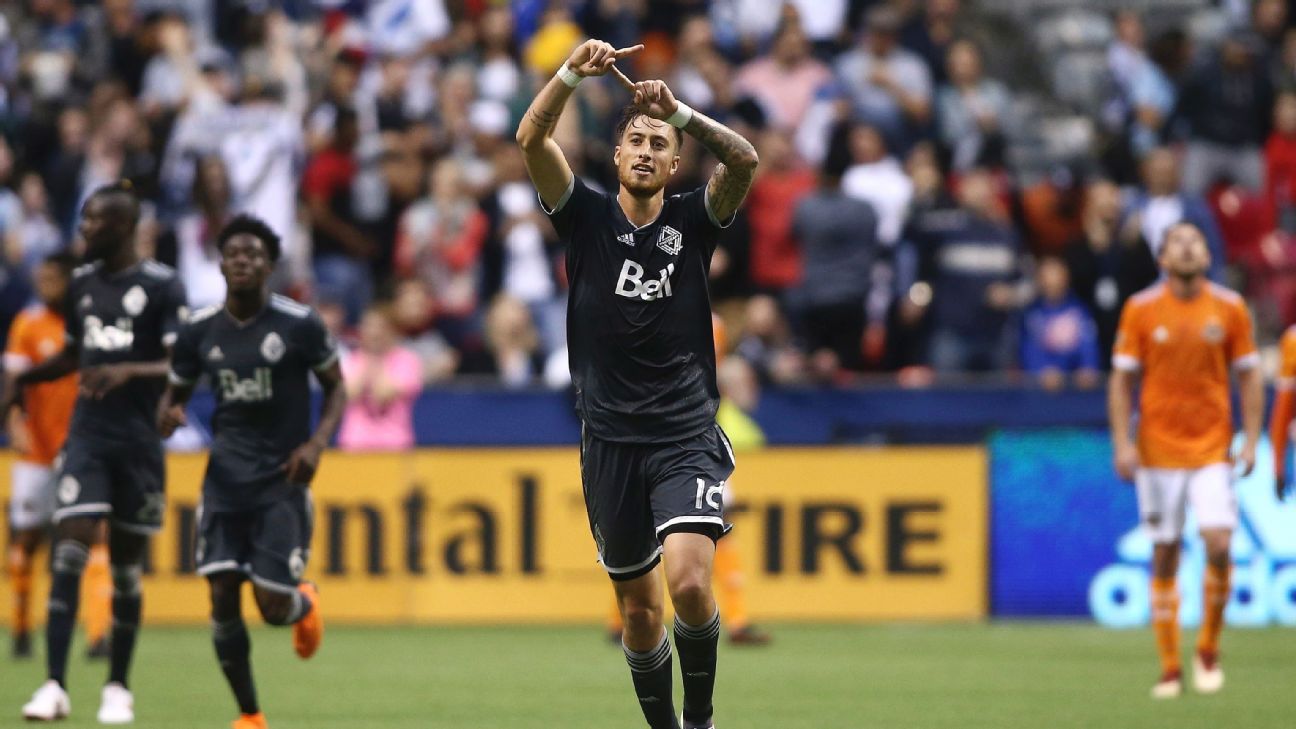 The Houston Dynamo and Vancouver Whitecaps traded late goals to finish 2-2 in an action-packed match at BC Place on Friday night.

Mauro Manotas looked to have the winner for the visitors on 90 minutes, but Kendall Waston headed home the Whitecaps' equalizer in second-half stoppage time to give his team a deserved share of the spoils.

An end-to-end opening half-hour saw both teams find chances, but it was Houston that would strike first in 35th minute. Alberth Elis settled a long pass from the Houston backline and picked out Tomas Martinez at the top of the area, who took one touch to his left and slotted an 18-yard shot past Brian Rowe.

The hosts found an equalizer right before half-time when Waston beat his defender with a clever move and cut the ball back to Jose Aja, who hit a first-time volley from a tight angle past Joe Willis to make it 1-1 at the break.

Bernie Ibini-Isei forced a good save from Willis just past the hour-mark, cutting in from the right side and hitting a low curling shot on goal that the 'Caps keeper did well to keep out.

Shortly after, Vancouver's Kei Kamara was shown a yellow card for kicking a Houston defender as he attempted to volley a looping ball out of the air and on goal.

Elis then had a chance for the Dynamo at the other end, getting free in the Vancouver area after some nice build-up play, but shooting right at Rowe, who easily dealt with the effort.

Waston was next in line to try his luck for the Whitecaps and he out-jumped the Houston defense to get his head on a Felipe Martins free kick, but Willis somehow managed to get a hand on the ball to keep the score level.

Aja almost had his second for Vancouver when he beat his defender to the ball at the far post from a set piece but smashed his bullet header into the side netting.

It was one-way traffic for the hosts now and substitute Brek Shea missed an impossibly easy sitter in front of a wide-open net from a Yordy Reyna cross before Waston headed wide narrowly wide of the goal from another Whitecaps set piece.

But just before full-time, a deflected Arturo Alvarez shot fell right to Manotas and he lashed home a lovely volley to beat Rowe right before Waston rose highest to redirect a headed Kamara cross into the net and save a big point for Carl Robinson's team.