Kevin Durant on resting flap: 'It's only for a couple of players in the league'

ESPN
By Chris Haynes
SAN ANTONIO -- While Kevin Durant empathizes with fans over the controversy about NBA teams resting star players, he doesn't see why commissioner Adam Silver is seeking to get team owners involved.

Silver sent out a memo last week to the league's owners, stating that resting marquee players has become "an extremely significant issue for our league," and he urged them to be more hands-on in that decision-making process.

Durant, an All-Star forward for the Golden State Warriorswho is recovering from an MCL sprain and tibial bone bruise, said he empathizes with both fans and players.

"Players, if anything, need a mental break sometimes. And sorry, they're human," Durant told ESPN. "They go through so much every single day. There are so many obligations off the court that you don't know about. ... It might not be a physical break, it might just be a reset mentally, and I get that.

"And I also get if I was a fan and could afford to get tickets, and I'm circling LeBron James, Stephen Curry and Russell Westbrook on my calendar, I would want to see them play live. I would be disappointed as well. I see it from the fans' perspective and the players' perspective. I'm caught right in the middle."

Curry sat out one game to rest, on March 11, when the Warriors also rested Klay Thompson, Draymond Green and Andre Iguodala. James has missed five games to rest and Cleveland Cavaliers teammate Kyrie Irving has missed four. They both sat out games recently, on March 4 and March 18.

Durant also questioned why there was an absence of outrage when teams at the bottom of the standings have implemented a similar "resting" tactic for longer periods of time.

"It's hard for you to just craft a rule out for the top players," he said. "I've seen guys that's not even in the playoffs resting, sitting out for the rest of the season. And it's nothing against those guys. I'm not trying to bash them or anything. [Phoenix Suns center] Tyson Chandler is out. They got him sitting out for the rest of the year. I'm sure he wants to play, but they're not saying anything about Tyson Chandler, so it's hard for me to really talk about this. It's not a league-wide rule. It's not a league-wide concern.

"It's only a concern for the top players."

While he feels bad for fans who paid for tickets only to see their favorite players on the bench, Durant has a soft spot for the less-fortunate fans who don't have the financial means to purchase a ticket to an NBA game.

"I understand what the fans are saying about buying tickets and not seeing their favorite players play," Durant said. "On the other hand, there's a lot of people that can't even afford tickets to the game. So, I kind of feel sorry for you, but then I don't when I look at it that way.

"I'm looking at it as a big picture, because a lot of these people can't afford to even come to these games and have the opportunity to come watch these players up close and live. Your parents spend hard-earned money, I understand you want to see your favorite players, but there's some people who don't even get a chance to watch a game live."

But Durant wants fans to understand that, while it's never a good time for a player to sit out,he believes an occasional day off is beneficial for the long-term success of the player and organization.

"As far as rest goes, I think mentally it's good for players just to get away," Durant said. "Not even worrying about having to go through shootaround or mentally preparing for their matchup or playing the game. I think mentally it does help when you get a day not to worry about basketball because we're so consumed with the game 24/7. 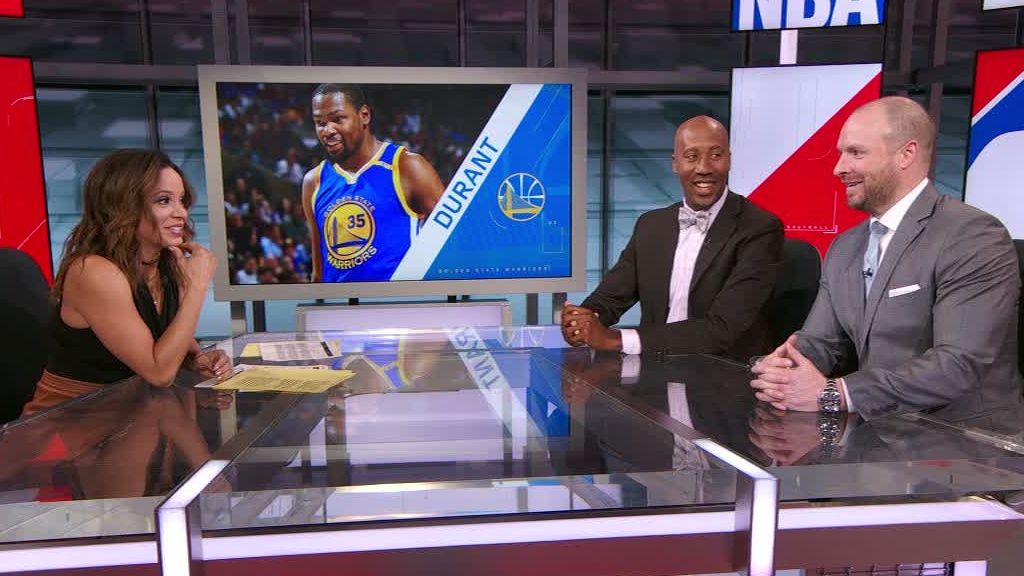