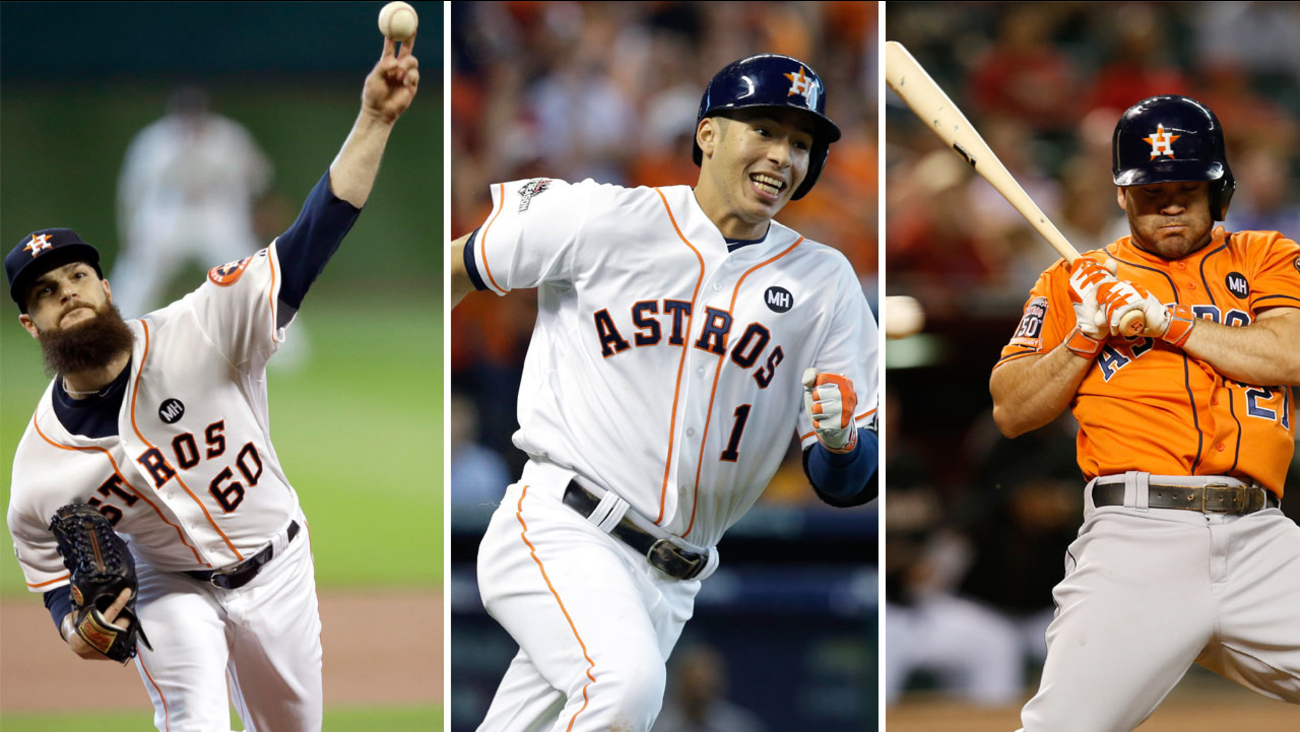 HOUSTON (KTRK) -- It was a breakthrough year for the Houston Astros and on Monday, some of the players who made it so memorable were honored by their peers.

The Major League Baseball Players Association handed out their Players Choice awards and the Astros were well represented.

Correa had a rookie season to remember, hitting .279 with 22 doubles, 22 home runs, 68 RBIs and 14 stolen bases in 99 games. Keuchel was 20-8 for the season with three complete games and a 2.48 ERA. He led all American League pitchers in several categories.

Altuve became the first player in team history with multiple 200-hit season. He led the AL in hits (200) and steals (38).