Kershaw vs. Keuchel could swing the World Series 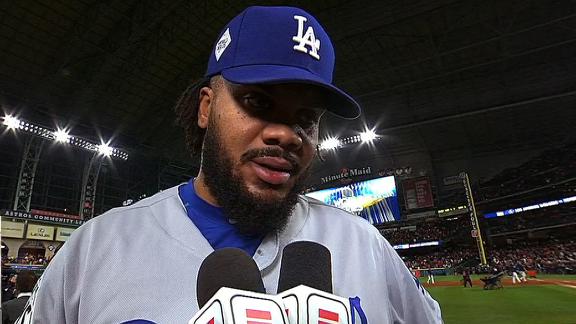 HOUSTON -- The players who populate theHouston Astros and Los Angeles Dodgerspostseason rosters don't have the luxury of sitting back, taking a deep breath and enjoying their involvement in what could turn out to be a classic World Series. They're too immersed in individual confrontations, the inning-by-inning strategy and all the other minutia that makes October baseball such a challenge and a joy to relive and dissect.

But the view from 30,000 feet says this series is starting to develop that special feel of one that people might be talking about for a while.

After four games and multiple plot twists, we've arrived at a potential crossroads and a new nightly theme for Game 5: really good left-handed pitchers with Cy Young Awards and beards, ready to hook up in what should be a doozy.

The Dodgers will send out Clayton Kershaw on Sunday night, while the Astros counter with Dallas Keuchel in a rematch from Game 1 in Los Angeles. Short of a Kershaw-Justin Verlander confrontation -- which might make Minute Maid Park spontaneously combust -- this is about as compelling as October baseball can get.

"We've been talking about it all year, winning [this] series. We had to win the best of seven. Then it turned into a best of five, and now it's the best of three."

When the Dodgers beat the Astros 6-2 on Saturday night, it marked the 45th time in history that a World Series was tied at two wins each. Of the previous 44 occasions, the victorious team in Game 5 has gone on to take the series 29 times (or 65.9 percent of the time). It might be of some comfort to the Astros to know that of those 44 times, the home team has been victorious 26 times (or 59.1 percent of the time).

But each series takes on a mind of its own, and this Houston-Los Angeles matchup has featured enough plots twists and momentum shifts to give everyone a case of emotional whiplash. The teams went from scorching, 100-degree heat in California to a climate-controlled bubble in Texas, and from Kershaw's brilliance in Game 1 to the Astros' stunning, late-inning and home-run fueled resilience to win 7-6 in an 11-inning Game 2.

After Houston's 5-3 victory in Game 3, there was reason to wonder if the Astros would lose another game at home. Until they did. And now the Houston bullpen, which looked so nifty when Brad Peacock was twirling 3 hitless innings Friday, looks suspect again after yet another meltdown by Astros closerKen Giles.

The Dodgers' victory Saturday ensures that the Astros will not be able to wrap things up at home as a gift to their devoted fan base. They will not become the first team to log an 8-0 record at home in a single postseason. And if they want to avoid returning to Dodger Stadium in a position of extreme duress for Game 6, they'll have to beat Kershaw, who is generally regarded as the best pitcher on the planet.

Kershaw has been good enough this postseason, so much so that it's becoming harder to remember his former reputation as a guy who underachieved in October. He's 3-0 with a 2.96 ERA in four starts against the Diamondbacks, Cubs and Astros, despite a nagging case of home run-itis this month. Of the eight runs he has given up this postseason, seven have come on home-run balls.

"We've got our guy on the mound tomorrow, and you're always going to feel excited, positive and confident," Seager said. "He's just the best. There's no other way around it. He's the best."

Keuchel was strong against Boston and New York in the American League playoffs, and he dueled Kershaw on even terms for much of the World Series opener before being done in by a two-run homer from Justin Turner. His 6-3 record, 2.26 ERA and .187 batting average against at Minute Maid Park during the regular season suggest Keuchel is right in his sweet spot on the mound in Houston.

Offensively, the nightly vagaries of the series make it hard to predict what will transpire in Game 5. Just when it appeared the Houston lineup was back in its comfort zone and ready to rock, the Astros went 2-for-28 against Alex Wood and the Los Angeles bullpen in Game 4. With the exception of solo homers by George Springer and Alex Bregman, the night was a washout offensively for A.J. Hinch's team.

Conversely, the Dodgers have reason to feel more hitter-ish and upbeat about their prospects if they can get into Houston's wobbly bullpen.Joc Pederson busted things open with a three-run homer off Joe Musgrove on Saturday, and Cody Bellinger rebounded from a four-strikeout game (and a 0-for-13 start to the Series) with a pair of doubles. The outside world might have wondered if Bellinger were tired, out of sync or pressing, but his fellow Dodgers claimed they never fretted about him in the slightest.

"He's got no pulse," Seager said. "He really doesn't have a memory, either. He forgets things. Things go away. That's what you have to do in baseball. You have to forget the past, forget your last AB and move on to the next one."

The feisty attitude in the Houston clubhouse after Game 4 was embodied by Bregman, whose confidence and aggressive mindset know no bounds. When Bregman wasn't sending a Kenley Jansen slider into the Crawford Boxes, he was catching everything at third base and throwing out yet another runner at home plate.

Bregman is so pumped for Game 5 to get under way, he's probably upset the security folks won't let him sleep at the ballpark.

"It's gonna be a battle," Bregman said. "I can't wait. I know everyone in here wishes the game was right now. We're ready to go. This is the World Series, and it's going to be a dogfight. The two best teams are the two teams left standing -- and I know we're not gonna back down."

A long season is nearing an end, and the Astros and Dodgers are ready for the next plot twist. It's Kershaw vs. Keuchel in Game 5. May the best left-hander win. 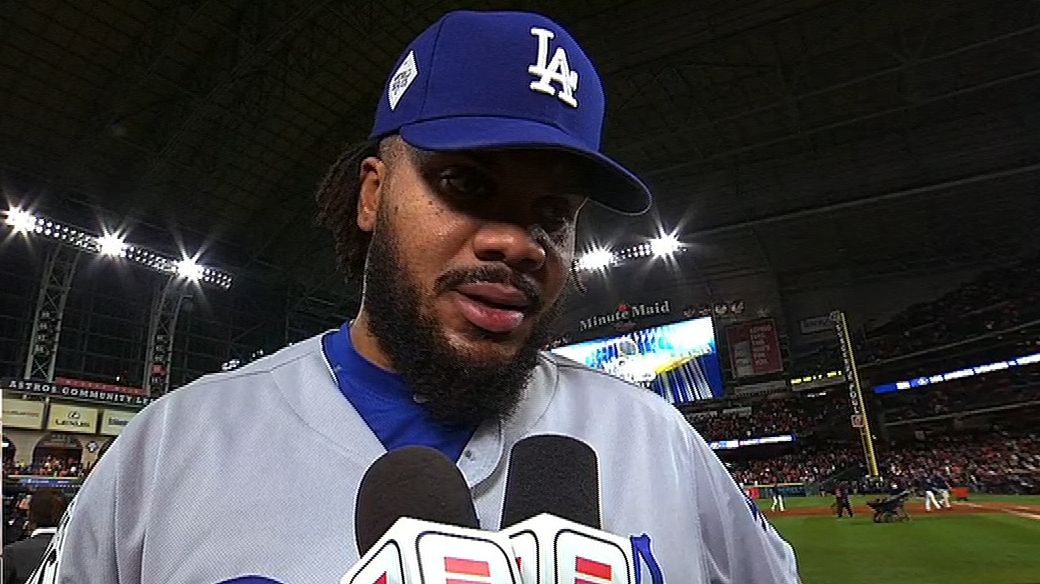 Jansen: 'We got to battle and attack'
Dodgers' pitcher Kenley Jansen reacts to defeating Astros 6-2 to tie series and looks ahead at taking on Dallas Keuchel in Game 5. 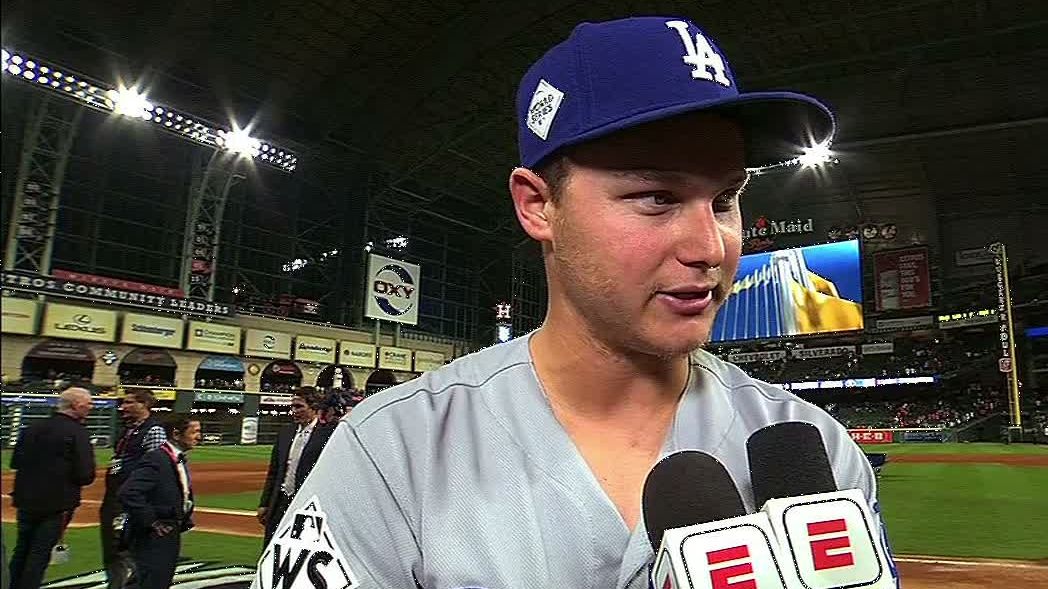