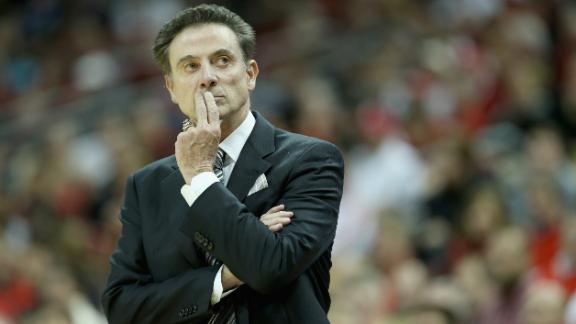 The more things change, the more they stay the same?

The Kentucky Wildcatslost the top seven scorers from last season's team that went 38-1, but that hasn't deterred coaches from picking them as the No. 1 team in the USA Today preseason poll for the third consecutive season.

But the Wildcats aren't alone at the top entering the 2015-16 season. This year, another traditional powerhouse -- the North Carolina Tar Heels -- are the co-favorites.

And more of the sport's blue bloods are on the heels of the co-No. 1s as the Maryland Terrapins, Duke Blue Devils and Kansas Jayhawks round out the top five. All five teams received first-place votes -- the most since eight teams picked up No. 1 votes prior to the 2004-05 season.

The Virginia Cavaliers, Iowa State Cyclones and Oklahoma Sooners filled the next three spots, giving the ACC and Big 12 three representatives apiece among the top eight. Villanovaand Arizona round out the top 10.

Kentucky, which had its bid for a perfect 2014-15 season derailed by Wisconsin in the national semifinals, finished third in the final coaches' poll last season, even picking up two first-place votes.

North Carolina, which starts No. 1 in the coaches' poll for the fourth time, finished 12th last season with a 26-12 record under coach Roy Williams.