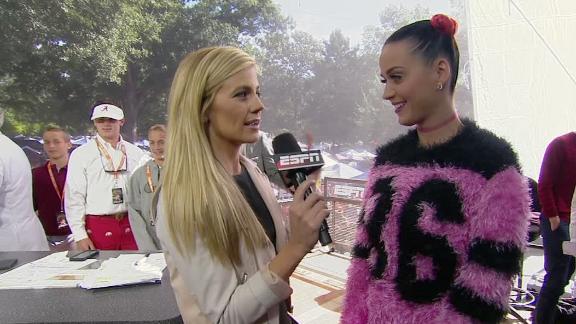 Pop star Katy Perry will be the halftime performer at Super Bowl XLIX, according to multiple reports.

The game will be played Feb. 1, in Glendale, Arizona.

The Wall Street Journal reported in August that Perry, Rihanna and Coldplay were asked if they were interested in playing the Super Bowl. The newspaper also had reported that the NFL was looking for artists to pay up to perform at the game, which draws massive ratings.

Perry, in an appearance on ESPN's "College GameDay" on Saturday, said she's "not the kind of girl to pay to play the Super Bowl."

A record 111.5 million viewers watched last season's Super Bowl between the Seattle Seahawks and Denver Broncos, during which Bruno Mars performed at the half.