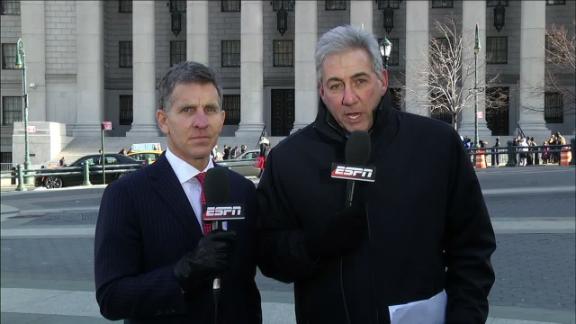 NFL attorney Paul Clement and Kessler, representing Brady for the players' union, were supposed to get 15 minutes to argue their positions at the 2nd U.S. Circuit Court of Appeals in New York. Instead, Chief Judge Robert A. Katzmann, Judge Barrington D. Parker and Judge Denny Chin peppered the lawyers with questions.

Kessler in particular received pointed questions from the judges, and Judge Chin said evidence of ball tampering was "compelling, if not overwhelming."

"How do we simply second-guess a four-game suspension?" Chin asked Kessler.

Brady was accused of playing a role in deflating footballs in violation of league rules for the 2015 AFC Championship Game against the Indianapolis Colts, a game the New England Patriots won 45-7. He was initially suspended four games.

The league is appealing a district court decision to vacate Brady's four-game suspension. Judge Richard Berman ruled Brady received inadequate notice of his alleged misconduct and potential discipline and determined Brady was denied opportunities to question one of the league's lead investigators. Brady remained eligible to play and led the Patriots to a 12-4 record and into this year's playoffs, where the team lost the AFC Championship Game to the Broncos.

There was no immediate ruling Thursday. Neither Brady nor NFL commissioner Roger Goodell attended, as expected.

The NFL Players Association declared itself "very happy with the proceeding."

Each side could find hope and peril in the tenor. The judges questioned why they should "second-guess" Brady's punishment given the usual deference to an arbitrator, in this case Goodell. And the league defended the commissioner's power.

"Could he have suspended Brady for a year?" one judge asked. "I think he could have," Clement answered.

But the judges seemed hardest on Brady's side. The judges quizzed Kessler about Brady's destruction of his cellphone, with Parker saying "the cellphone issue raised the stakes ... from air in a football to compromising the integrity of the proceeding.'' Kessler, for the first time, said Brady refused to turn over his phone due to privacy and stalking issues.

A decision from the three judges hearing the appeal isn't expected for months and possibly into the 2016 regular season.

This marks the first time the sides were in court since August of 2015, when they engaged in settlement talks before Berman.

The essence of the NFL's appeal is that Berman did not apply the law properly in overturning Brady's suspension. The league's stance is that Goodell has the authority to suspend Brady, or any player in a similar situation, via Article 46 of the collective bargaining agreement.

At Super Bowl 50, Goodell said of the appeal: "This is not an individual player issue. This is about the rights we negotiated in our collective bargaining agreement. We think they are very clear, we think they are important to the league going forward, and we disagree with the district judge's decision. We are appealing that, which is part of the legal process."

Goodell added at the Super Bowl that he wouldn't speculate if the NFL would reinstate Brady's four-game suspension should it win its appeal. 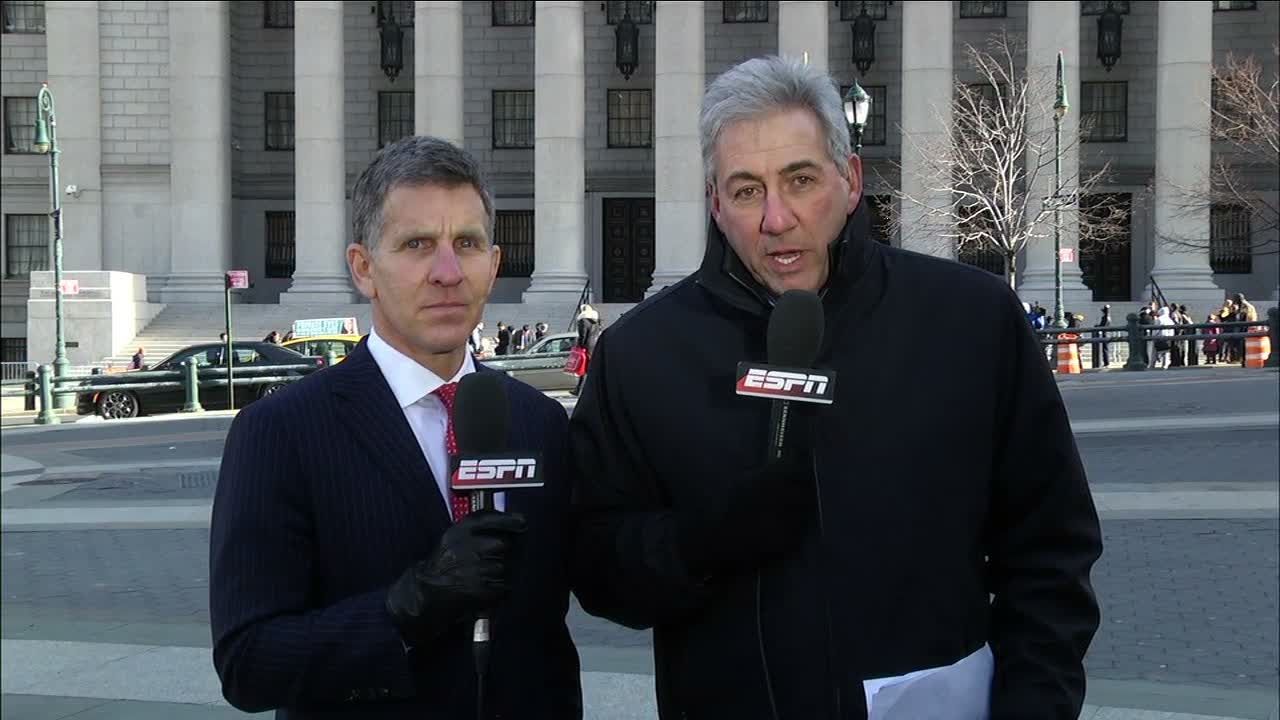