Judge to parties in Tom Brady case: Tone down rhetoric, work together 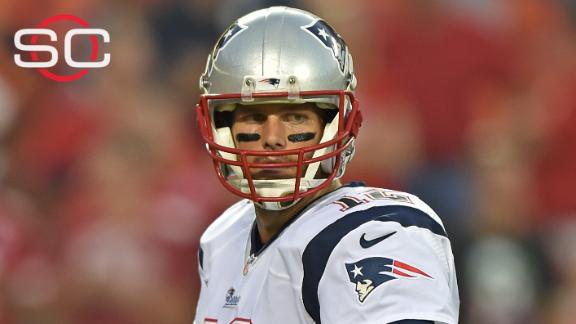 A U.S. District Court judge on Thursday ordered the NFL and NFL Players Association to try to resolve their differences over New England Patriots quarterback Tom Brady's suspension without litigation.

Judge Richard M. Berman, who has been assigned to the Brady case, also suggested the sides "tone down their rhetoric."

In an order filed Thursday in the Southern District of New York, Berman wrote: "While this litigation is ongoing, it is appropriate (and helpful) for all counsel and all parties in this case to tone down their rhetoric."

He added: "If they have not already done so, the parties and counsel are directed forthwith actively to begin to pursue a mutually acceptable resolution of the case.

"The earth is already sufficiently scorched, the Court's view."

A federal judge in Minnesota earlier Thursday ordered that Brady's attempt to vacate his suspension be transferred to New York.

Brady and the NFLPA had filed their suit Wednesday in Minnesota, but the NFL already had filed papers Tuesday in New York, moments after announcing that commissioner Roger Goodell upheld the suspension for Brady's involvement in Deflategate.

U.S. District Court Judge Richard Kyle ordered the transfer, saying he "sees little reason for this action to have been commenced in Minnesota at all." He noted that Brady plays in Massachusetts as a member of the Patriots, the union is headquartered in Washington and the NFL in New York. Kyle added that "the arbitration proceedings took place in New York and the award was issued in New York."

Jeffrey Kessler, the lead attorney for Brady and the union, wasn't concerned about Judge Kyle's decision.

"[The change of venue] makes absolutely no difference to us," he told ESPN's Chris Mortensen. "We're still in a neutral forum for the first time in this case. Our arguments are compelling, and we think when they are presented here [in New York], they will remain compelling."

Kessler added that the union will be filing a specific motion for an injunction Friday in the New York court, in addition to making some technical revisions to Wednesday's 54-page filing to allow for the change in court circuits.

Brady, through the union, will seek an injunction that will allow him to play for the Patriots until the case is final.

Berman would have to agree that Brady would have a reasonable chance of winning his case against the NFL to issue injunctive relief, according to several legal experts.

A settlement still is possible. The next deadline in the case is Aug. 13, when the NFLPA is due to file its response to the NFL's request for the court to confirm Brady's suspension.

Brady was suspended for the first four games of the 2015 season on May 11, after Ted Wells' investigators found that it was "more probable than not" that Patriots personnel deliberately deflated footballs during the AFC Championship Game in January and that Brady was "at least generally aware" of the rules violations. The Patriots were fined $1 million and docked two draft picks for the infraction.