Josh Norman on TV gig: 'It's my off time, I can do whatever I choose' 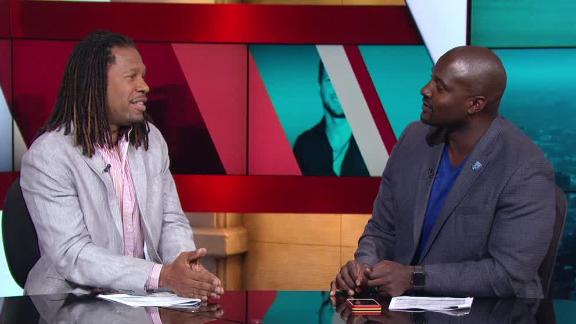 Outspoken Washington Redskins cornerback Josh Norman defended his decision to join Fox Sports' NFL coverage this season as a contributor, saying "it made sense" to expand his career outside of football.

"It's my off time. I can do whatever I choose," Norman said in an interview with ESPN's Dianna Russini. "I'm around my horse all the time, nobody says anything about that. Everybody [is] like, 'Ohh great.'"

Norman, 28, described his new role with Fox as a step toward "setting myself up for not only football, but after that."

"Obviously we know what's going on in the game," Norman told ESPN. "It's an easy transition to spit back football to football minds. It made sense to expand my career. ... Who knows if that's something I want to do, but I have the outlet."

According to SI.com, Norman's agreement with Fox is for one year and requires a minimum of 10 appearances, which will include taped segments and live hits from the stadium or his Virginia home. He will also travel for in-studio shows on his bye week.

Norman, the league's highest-paid corner, will make his debut on the Week 1 edition of Fox NFL Kickoff on Sunday, Sept. 11.

Asked to weigh in on Norman's new gig earlier this week, Washington coach Jay Gruden gave the impression of being in the dark.

"That's the first ... I have no idea what you're talking about," Gruden told reporters Monday, according to CSN Mid Atlantic. "Pregame show for what?"

Norman, for his part, insisted that Gruden knew about the part-time position, explaining, "He's cool with it. It's my off time."

"We are not even shooting Sundays," Norman emphasized to ESPN. "Let's get it together: We are not shooting, we are playing football. This is pre-taped before, obviously; I'll go to [the] studio once or twice. It's in my bye week.

"I play football. I'm a football player. I have a job playing football. This is something I do in my off time. It's cool. I'm appreciative of my team and organization. They obviously knew about it [and] had to sign off on it."

Asked if Norman's second job just slipped Gruden's mind, Norman said, "I don't know, Jay is a wild dude. You know how Jay is. ... I love that guy."