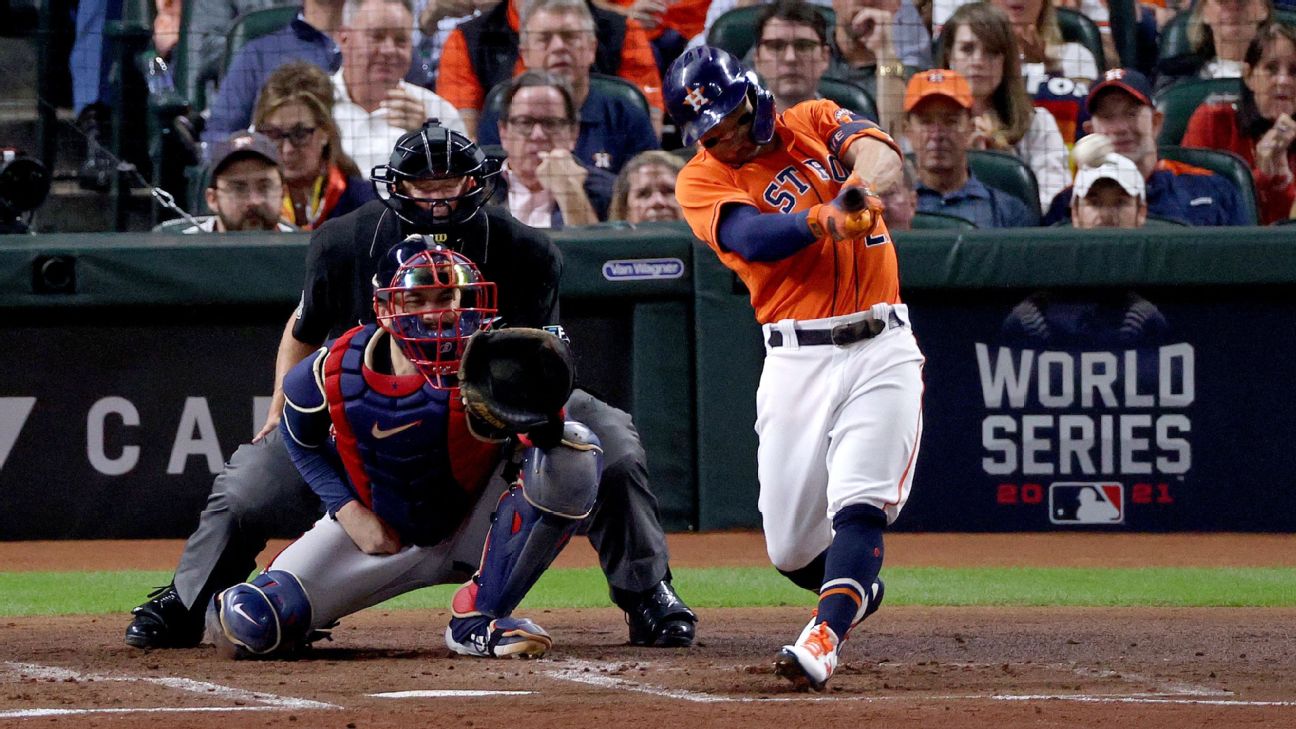 HOUSTON -- Astros second baseman Jose Altuve might not have the gaudy stats he's used to this postseason but he continues to come up big in the bigger moments in October.

Altuve went 2-for-5 with a home run, his 22nd career blast in the playoffs, as Houston won Game 2 of the World Series 7-2 over the Atlanta Braves on Wednesday night.


"You can be 0-for-20, but what about if you get the big hit?" Altuve asked rhetorically after the Astros tied the series up at one win apiece. "So that's what playoffs is about. I don't care I went 0-for-5 last night. I show up today, try to get good pitches to hit and I'm glad that I'm helping my team to win."

Altuve scored the first run of the night, after doubling to lead off the game, then tallied the final one on his home run off Braves reliever Drew Smyly. The homer tied him with formerNew York Yankeesgreat Bernie Williams for second most all-time in the postseason. Only Manny Ramirez (29) has more.

"To hit 22 homers in playoffs and tie him ... it means a lot to me," Altuve said. "It makes me keep going out there, hitting homers to help my team, to keep accomplishing things like this."

Altuve was hitting .178 this postseason before Wednesday's game. His manager was asked how he's able to navigate a slump and still come up big.

"That's what professionals do," Dusty Baker said. "My dad used to tell me it's OK to get down, just don't stay down. So he didn't stay down."

In between the Altuve extra-base hits -- the only two of the night for the Astros -- Houston's offense peppered the Braves with a bunch of singles. Atlanta starter Max Fried made it through five innings but gave up six runs on seven hits and a walk.


The game marked the 10th time in 12 postseason contests that the Astros scored at least five runs. They reached that number in the second inning Wednesday.

"It gets to be like a feeding frenzy, and everybody wants to get in on it," Baker said of the Astros' four-run second inning. "I was just hoping that we could score some more because you know they were going to threaten before too long.

"You never really feel comfortable during these playoffs and the World Series. You're always wanting more."

Altuve complied with his manager's wishes of adding more, hitting his home run on the first pitch he saw from Smyly in the seventh inning. Taking a hack at the first pitch of an at-bat is a trait Altuve is known for and it's increased even more this postseason.

His 43% swing rate on the first pitch is third-highest among 69 players with 200 or more postseason plate appearances in the past 30 years, according to ESPN Stats & Information research. For comparison, during the regular season, he swings at the first pitch 39% of the time.


And now seven of his 22 career postseason home runs have come on the first pitch. That's the highest percentage in playoff history.

Altuve was asked whether he's more likely to swing at the first pitch while in a slump, like the one he's been in this month.

"So it's not a secret, I like swinging. I think I've been like that all my career."

The series shifts to Atlanta on Friday with temperatures expected to be in the low 50s. The teams will play three weekend games, then head back to Houston for Games 6 and 7, if necessary. 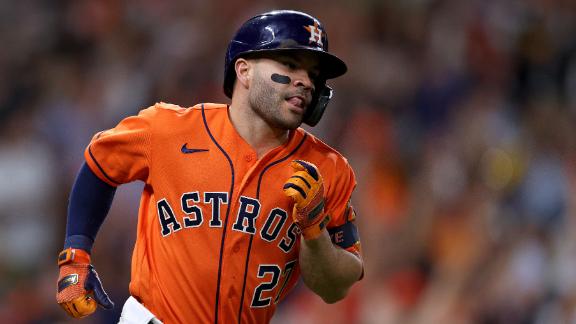