John Calipari: 'No regrets' about turning down Cavaliers 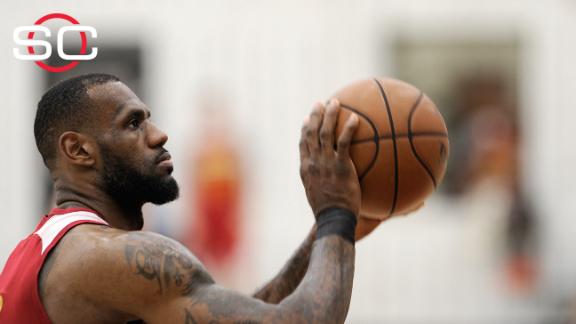 According to sources, the Cavs last year offered Calipari a 10-year deal worth $80 million to be the coach and president of the team, but he instead opted to sign a new seven-year deal with the Wildcats worth $52.5 million.

"The only thing that was ever serious was the Cleveland thing," Calipari told Yahoo Sports during a "Coaches Beat Cancer" event earlier this week.

And with the Cavaliers having advanced to the NBA Finals under coach David Blatt, Calipari doesn't think about what might've been.

"No," Calipari said. "No, nope. Because what happened, and the reason I did what I did, was based on having guys come back who wanted to be coached. I didn't feel comfortable not being at Kentucky."

Calipari and the Wildcats chased perfection for most of this past season before losing to Wisconsin in the Final Four.

Speculation about Calipari jumping back to the NBA, however, has continued. After reports surfaced that the coach was interested in theNew Orleans Pelicans' vacancy, he tweeted on May 19 that "I have a great job and I'mhappy at UK."

He also recently agreed to an extension that keeps him under contract at Kentucky through the 2021-22 season. He makes roughly $8 million per year with the Wildcats.

"No regrets," Calipari said about turning down the Cavaliers. "I'll be watching. But regrets? No. None. ... I'm a guy that's usually looking through the front window."