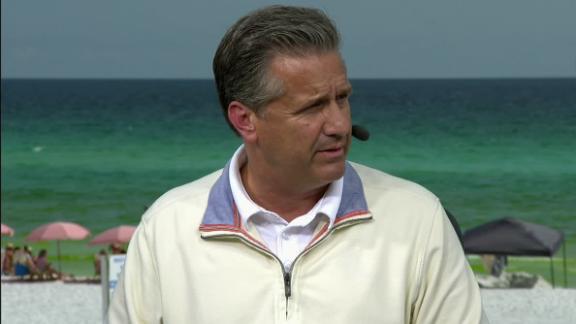 Kentuckybasketball coach John Calipari wants to move the SEC tournament to November and make it a preseason event, eliminating the automatic bid to the NCAA tournament and instead giving the bid to the regular-season champion.

"I'm not a big proponent of the league tournament," Calipari told reporters while at the SEC spring meetings on Wednesday.

"Let's not have a postseason tournament," Calipari added. "Let's have a preseason tournament where you're guaranteed three games. We go somewhere and all the fans come in and we celebrate our league. We'll have great games to start the year, and we'll do it prior to the year."

One SEC head coach told ESPN he did not agree with Calipari, but an assistant coach in the league thought it would be a positive move for the league.

"That's actually a good idea," one SEC assistant coach, who wished to remain anonymous, told ESPN. "It helps everyone's RPI, the media will cover it and make a big deal of it -- and it eliminates the bubble."

"I don't think we seriously debated the topic," Georgia coach Mark Fox told ESPN. "It's an interesting conversation, but I'd fight to keep it in March."

Kentucky beat Texas A&M in the SEC championship game in March, and Calipari felt as though the Wildcats were not rewarded, getting a No. 4 seed while Texas A&M earned a No 3 seed.

"If you win the conference tournament, it doesn't mean anything," he added. "It doesn't move the needle."

Calipari has won four of the seven SEC tournaments since arriving at Kentucky. The Wildcats have also won four regular-season titles during his tenure.

"You have to do it in November," Calipari said. "Play a game or two and then, out of the gate, you have a conference tournament. You know you have it for one week. Maybe you have two sites in the same city. Maybe it's in Atlanta. You're doing it every year. Let's all [have] our fans go to Atlanta and everything is geared for the SEC." 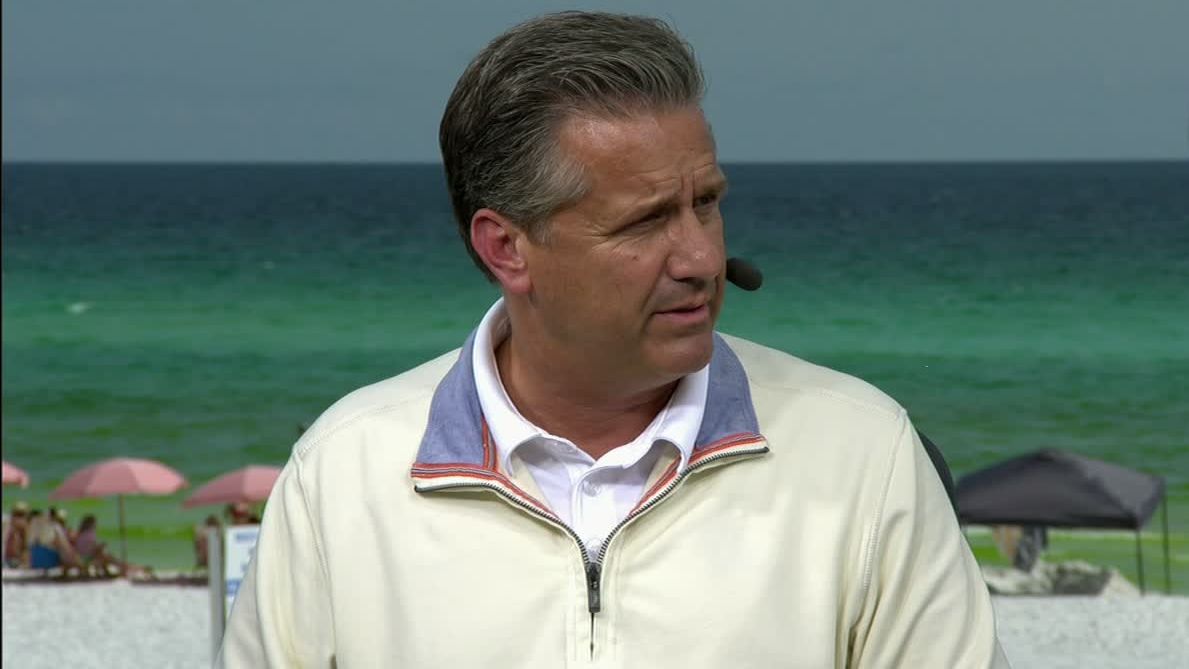 Calipari proposes moving SEC tournament to preseason
Kentucky coach John Calipari expresses his dissatisfaction with the SEC tournament in its current format, saying that it should be moved to the beginning of the season and whoever is the best team at the end of the season should earn the automatic bid.
Related topics:
sportsespnpreseasonmark foxfallautomatic bidkentucky wildcatsjohn caliparisec spring meetingsmens college basketballcoach calsec tournament
Copyright © 2020 ESPN Internet Ventures. All rights reserved.
More Videos
From CNN Newsource affiliates
TOP STORIES