Jeff Fisher: I didn't see Case Keenum 'struggle to get up' after helmet hit 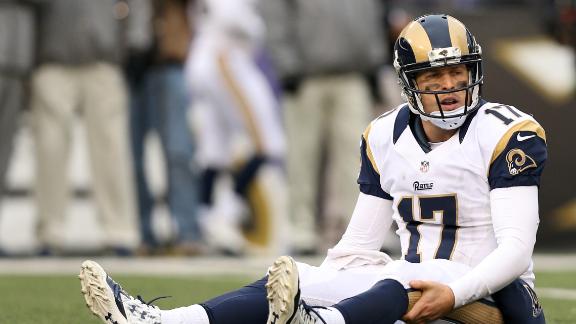 "Yesterday was a combination of unusual events that took place," Fisher said. "I saw Case go down, but I didn't see anything else take place. I didn't see him struggle to get up. I didn't see anything from my vantage point on the sideline as far as Case's slow recovery. The shot that you see where he got up slow that we've seen out there, I didn't see that. I was in the game management mode at that point, less than a minute left. That's where I was."

Keenum's concussion and the subsequent fallout led to the NFL's announcement that it is investigating the series of events that led to Keenum staying in the game for the final two plays after suffering the injury.

The NFL announced Monday it would be taking a closer look at what happened.

"Promptly after the conclusion of yesterday's game, we began a review to determine the facts of the injury to St. Louis quarterback Case Keenum and why he was not removed from the game for the necessary evaluation by a team physician or the unaffiliated neuro-trauma consultant as required by our concussion protocols," the league said in a statement. "We are continuing that review today, which includes discussions with the Rams and their medical staff, the ATC spotter [a certified athletic trainer], the game officials, our medical advisers and the NFLPA [NFL Players Association].

"In the meantime, prior to this week's games, we will reinforce with all involved the need to ensure that these injuries are properly identified and addressed in a manner consistent with our protocols."

The NFL and NFLPA will lead a mandatory conference call for the league's 32 head athletic trainers on Tuesday, league and union sources told ESPN's Chris Mortensen.

Team doctors have been invited to participate in the call, which will discuss the Keenum incident and further review concussion protocols.

With 1 minute, 10 seconds left in Sunday's game, Baltimore linebacker Elvis Dumervil jumped offside. The play was not blown dead, and Ravens defensive end Timmy Jernigan eventually broke through and tackled Keenum, who landed hard as the back of his head bounced off the ground.

As the officials sorted out the penalty, Rams head athletic trainer Reggie Scott came on the field to talk to Keenum while backup quarterback Nick Foles warmed up on the sideline. But Keenum stayed in the game for the next two downs, including a third-down fumble that led to Baltimore's game-winning field goal.

According to the procedure, the ATC spotters don't have to buzz down to the officials if the athletic trainer steps onto the field.

Fisher said he did not speak to Scott until after his postgame news conference and that's when he found out Keenum was being evaluated for a concussion. Likewise, Fisher did not see the replay that shows Keenum hitting his head on the ground.

"Had I seen that, I would have sent Reggie out there on the field and said, 'Hey, get him off the field,'" Fisher said. "We didn't see it. We didn't know. That's the issue."

The NFL added independent certified athletic trainers in 2011 with the intent to have them serve as spotters from the press box. A video component was added during the 2012 playoffs.

Starting this season, those spotters have been given the ability to buzz the officials for medical timeouts if a player appears to need medical help. Those spotters' duties include an emphasis on head injuries and concussions but are meant to span all potential injuries.

Keenum wasn't the only quarterback in Sunday's game to keep playing with an injury. Baltimore's Joe Flacco finished the game with a torn ACL.

Fisher said he spoke to Keenum on the team plane Sunday night and then again Monday morning, and indicated if Keenum clears the concussion protocol, he'll start this week against the Cincinnati Bengals.

"Fortunately, Case feels really good this morning," Fisher said. "He's in the protocol. He feels good. He's got a chance to practice this week and obviously play this weekend. That's the good news. The bad news is that we had an issue, an issue with everybody involved, and we have got to get it straightened out." 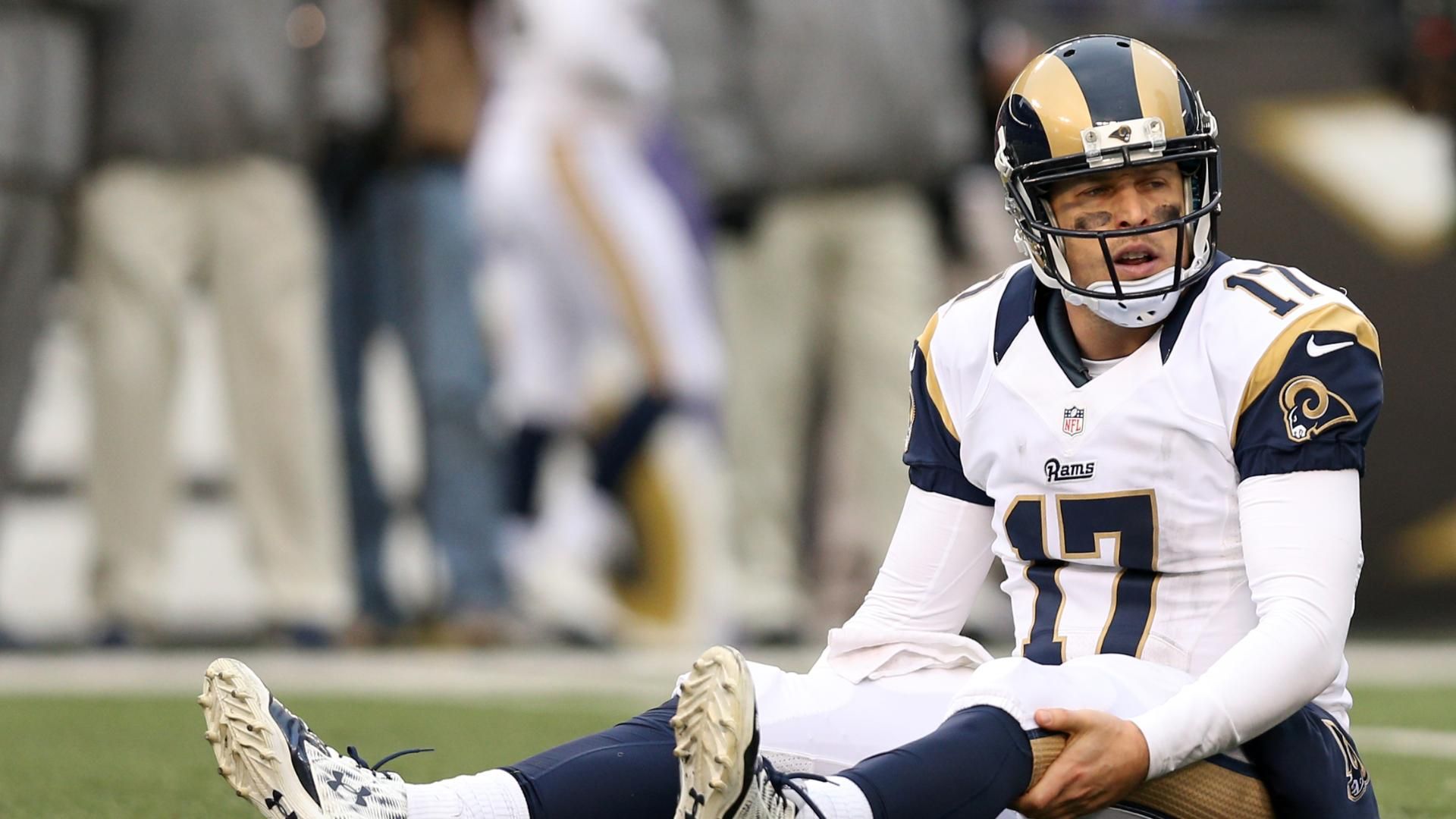