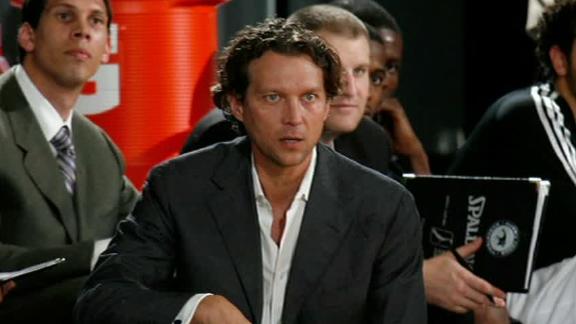 Snyder will receive a three-year deal with a team option for a fourth season to replace Tyrone Corbin on the Utah bench, sources said.

Snyder has a close relationship with Jazz general manager Dennis Lindsey from their time together in San Antonio. He will be a first-time NBA head coach after coaching Missouri at the college level.

"The opportunity to join the Utah Jazz and to be part of such a highly respected franchise with an incredibly bright future is a great honor," Snyder said in a statement released by the team. "I approach this opportunity with gratitude and humility and am committed to doing everything I can to help the Jazz become a championship-caliber team."

Other coaches who reached the final round of interviews with the Jazz include Los Angeles Clippers lead assistant Alvin Gentry and Chicago Bulls assistant coach Adrian Griffin.

Snyder is the eighth head coach in Jazz history and fifth since the franchise relocated to Utah in 1979.

He will be formally introduced at a news conference Saturday.

"Quin Snyder combines a unique skill set with several intangibles that makes him the right fit for our team and approach to basketball," Lindsey said. "He is passionate about the game, and has a 20-year track record of teaching and developing young talent. His personality, work ethic and communications skills are important traits that will benefit the Utah Jazz. We have taken a significant and exciting step forward in the evolution of this franchise."

Added Jazz CEO Greg Miller: "He has an impressive basketball pedigree, including more than a decade of head-coaching experience that positions him well to succeed in the Jazz organization. We look forward to Quin's contributions both on the court and in the community."

Snyder shifted his focus to the pro game after a tumultuous tenure at Missouri filled with quality wins but stained by an NCAA investigation. He most recently completed his first season as an assistant with Atlanta.

"We are extremely happy for Quin and his family," Hawks coach Mike Budenholzer said. "He played an instrumental role within our coaching staff and team. This is a great opportunity for him, and we wish him the best."

Congratulations Quin Snyder for being named Head coach of the @utahjazz!!! The Jazz are getting a great coach and person.

- Paul Millsap (@Paulmillsap4) June 7, 2014Snyder succeeds Corbin, who was not offered a new contract. Corbin went 112-146 in Salt Lake City after taking over on Feb. 10, 2011, following the resignation of Jerry Sloan, for whom he played three seasons and served as a longtime assistant.

Corbin reached the playoffs in the lockout-shortened 2011-12 season, but his team was swept by San Antonio in the first round of the playoffs. The Jazz went 43-39 the next season and dumped a number of veterans. This season, they went 25-57, the worst campaign by the Jazz since 1979-80, when Utah was 24-58 following the franchise's relocation from New Orleans.