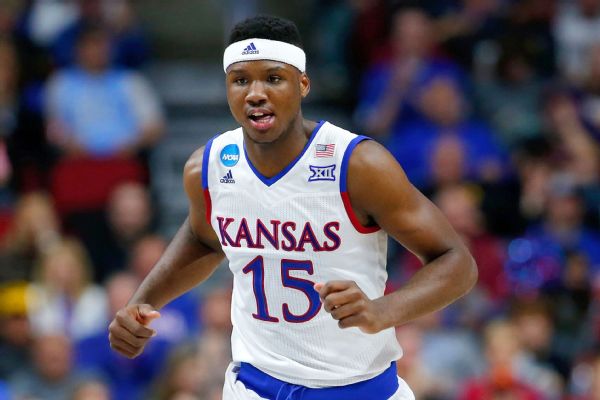 The 6-foot-9 Bragg remained in Douglas County jail Friday, according to the Kansas City Star. He isaccused of causing "reckless bodily harm to a family member," according to booking records. His case was forwarded to the Douglas County prosecutor, but no charges had been filed as of midday Friday.

"We're still trying to gather as much information as we can," Kansas coach Bill Self said in a statement. "I will not comment further until we are able to get information other than the fact that it's obviously a charge that we take seriously."

Bragg is averaging 7.8 points and 5.3 rebounds per game. He recently lost his starting spot and has seen his minutes dwindle for a Kansas team that is ranked third in the country and will play Nebraska on Saturday in Lawrence, Kansas.

A McDonald's All American coming out of high school in Cleveland, Bragg was considered a potential first-round NBA draft pick entering this season.