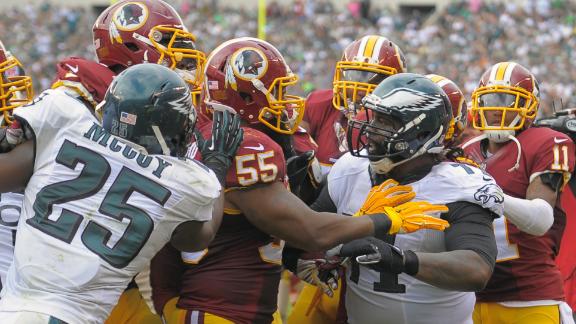 Baker was not fined for his hit on Eagles quarterback Nick Foles that preceded the fight. Although Baker was flagged for it, the league deemed the hit legal.

Jason Peters: I'd Do It Again
Jerome Bettis breaks down how Eagles offensive tackle Jason Peters' teammates are reacting to comments made by Peters, who said that if he and Chris Baker got into another altercation, the same result would occur.