ESPN
By Kevin Seifert
PHOENIX -- The Dallas Cowboys are "working through" their situation with quarterback Tony Romo, coach Jason Garrett said Tuesday. But in a meeting with reporters at the NFL owners meetings, Garrett said "nothing has really changed since the end of the season."

Romo, who will turn 37 in April, is not expected back with the Cowboys after losing his starting job to Dak Prescott. Dallas initially was expected to release him prior to the opening of the free-agent market but instead has kept him on the roster.

Garrett said Romo and owner Jerry Jones are "the principal people in working that situation through," but the coach offered no insight into an eventual resolution.

Jones said Tuesday that a decision on Romo's future might not be determined until training camp.

There have been indications that the Cowboys hope to trade Romo, perhaps to the Houston Texans, to get some compensation for the loss of their former franchise quarterback. Garrett said he "didn't want to get into the specifics" of that issue but acknowledged the obvious: There are league-wide concerns about how many games Romo's body can hold up for.

"He can play the game at a high level," Garrett said. "Durability has been an issue the past couple of years, so nobody really knows how he can handle the course of a 16-game season.

"But that's true for everybody. You take that risk with everyone on your roster. He's been a great football player for us for a long time."

ESPN's Adam Schefter has reported that FOX and CBS have interest in hiring Romo as a broadcaster for the 2017 season. Asked if he was certain that Romo wants to continue playing, Garrett said, "That's not a question for me."

The Cowboys could likely trade or release Romo if he opts to play, but retain his rights by placing him on the retired list if he decides to pursue a second career, a source told ESPN's Ed Werder. Jones is known to have a preference for keeping Romo as long as possible, especially with the uncertainty over whether the Cowboys would eventually need their franchise QB even with Prescott the starter. 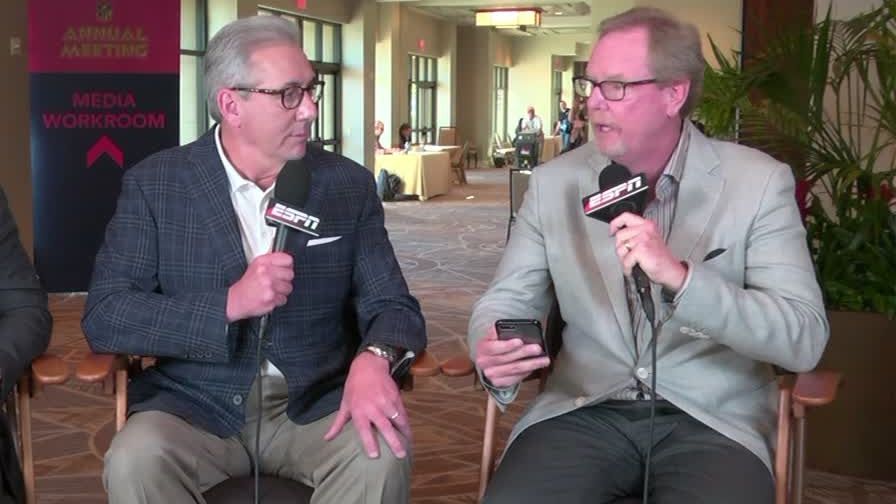