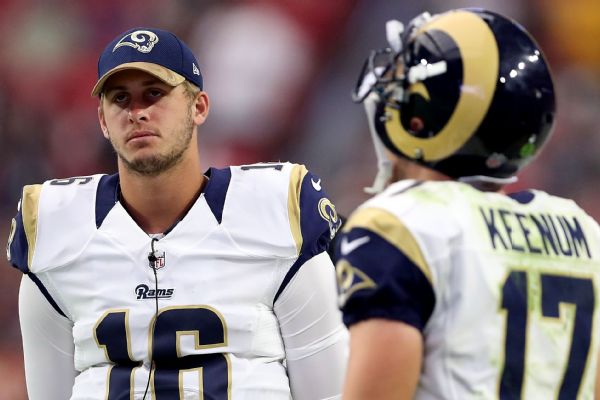 If Case Keenum struggles Sunday against the New York Jets, the Rams will consider going to the No. 1 pick in this year's draft as early as next week, when they return to Los Angeles to host the Dolphins. The Rams would like to trot out Goff for his first NFL start at home, in front of a friendly and receptive crowd. But before Los Angeles makes that decision, it wants to see how Keenum plays Sunday.