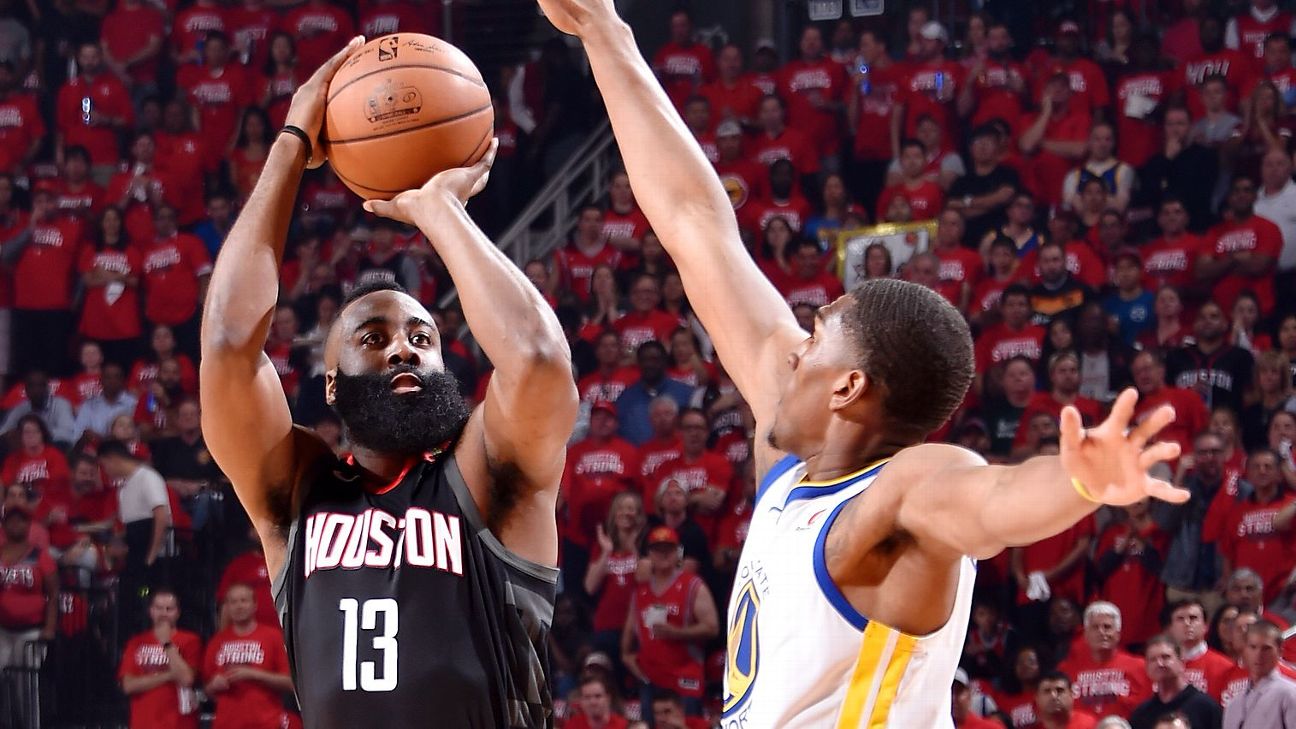 HOUSTON -- With the Rockets a win away from a Western Conference title, probable MVP James Harden isn't sweating his historic shooting slump.

The Rockets took a 3-2 series lead with a 98-94 win over the Golden State Warriors in Game 5 on Thursday despite Harden tying an NBA playoff record for most 3-point attempts without a make.

He was 0-of-11 from 3-point range, matching the record set by former New York Knicks shooting guard John Starks in a Game 7 loss to the Rockets in the 1994 NBA Finals.

"Who cares?" Harden said of his shooting woes.

Going back to Game 4, Harden has missed his past 20 3-point attempts, the worst drought of his career. He said he doesn't feel as if anything is off mechanically with his shot, however.

"Nothing," said Harden, who finished with 19 points on 5-of-21 shooting in Game 5. "I'm just missing shots. But we're winning, and I'm trying to compete on the defensive end and do other things to help my team win. But if we've got a guy like Eric Gordon making shots and being aggressive, who cares?"

Harden shot 36.7 percent from 3-point range during the regular season, leading the league in 3s made (265) and attempted (722) while winning the NBA scoring title with 30.4 points per game.

His step-back 3 has emerged as one of the league's most lethal weapons, giving Harden a go-to countermove when defenders play him to drive.

Harden was 5-of-9 from 3-point range during his 41-point performance in the Rockets' Game 1 loss to the Warriors. Since then, he has made only 8 of 44 3-point attempts, but Houston coach Mike D'Antoni wants Harden to continue to aggressively take those shots.

"Boy, he's due, right?" D'Antoni said. "Next game he might make 10 straight, right? The thermostat will go off."

The Rockets have broken the NBA record for 3s made and attempted in the past two seasons since D'Antoni was hired in Houston. D'Antoni said he believes a key to beating the Warriors is launching at least 40 3s, and he always gives Harden a green light, joking that he might reconsider if Harden misses 100 in a row. Most of Harden's misses have been contested, but those are the kind of shots he took all season.

"It's just the shots [are] not falling, and a lot of it has to do with how hard everybody is playing," D'Antoni said. "Probably his legs aren't the freshest things in the world. But he's invaluable to the defense and offense." 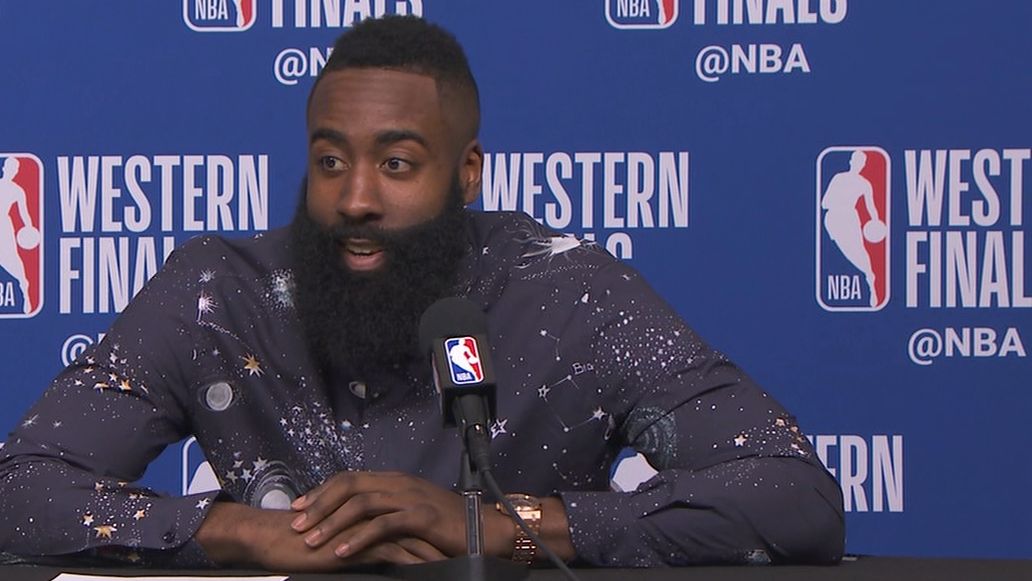