James Harden is in the driver's seat for his MVP breakthrough 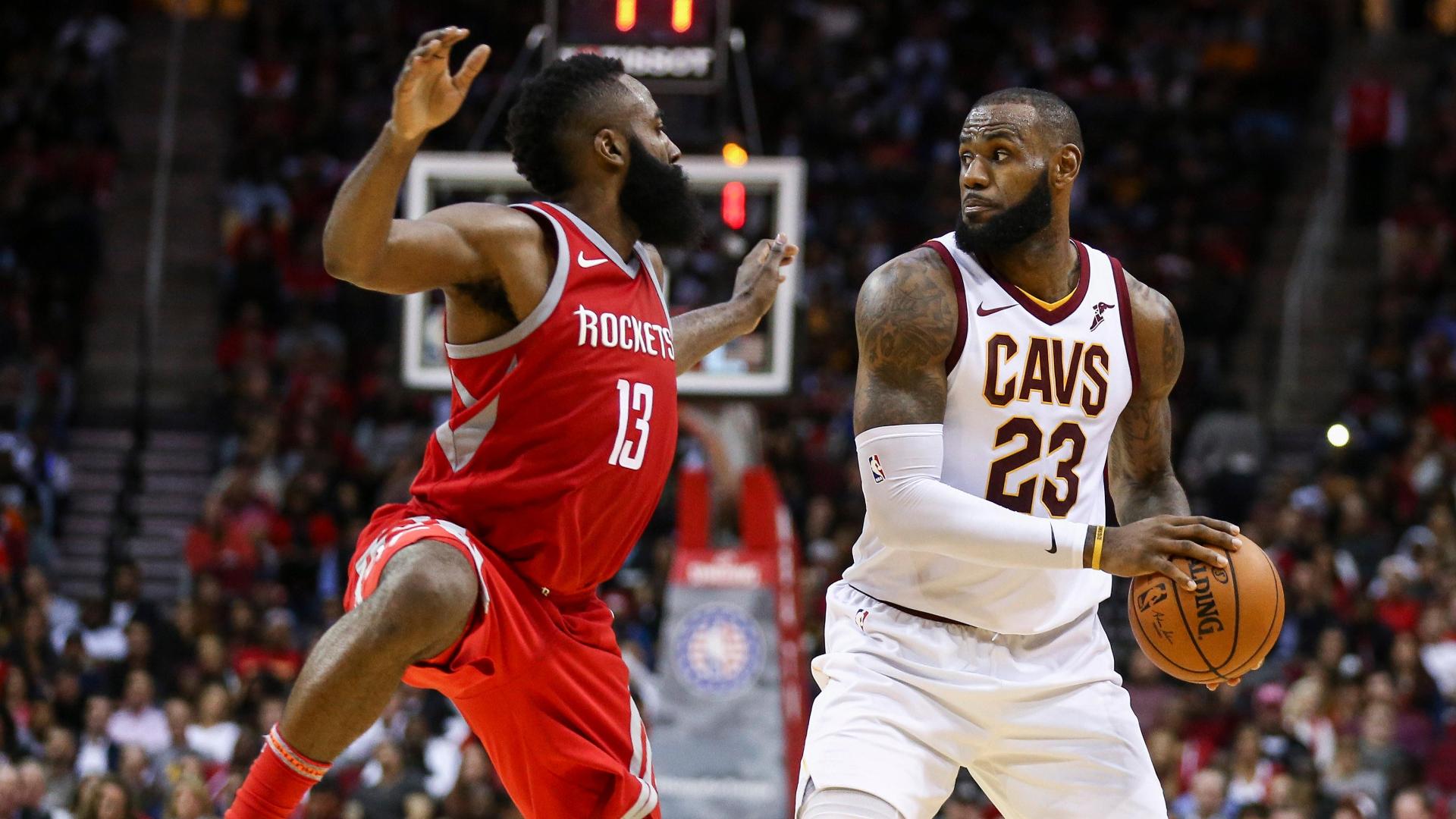 Necessity was the mother of history for James Hardenon Tuesday night.

The Houston Rockets were down two starters -- Harden's co-starChris Paulwas nursing a groin injury, and Trevor Ariza was out with a strained hamstring -- and Eric Gordon, Houston's high-scoring sixth man, played only 10 scoreless minutes before a bad back forced him to call it a night.

Regardless of the rash of injuries, the Rockets could ill afford a home loss to the lowly Orlando Magic as they pursue their goal of catching the Golden State Warriors in the Western Conference standings. As much as at any time this season, Harden had to put his team on his back.

Man, did he deliver.

Harden recorded the first ever 60-point triple-double in NBA history, and the Rockets needed every bit of that production. His and-1 stepback 3-pointer with 45 seconds remaining -- which broke Calvin Murphy's franchise record for points in a game -- was the dagger in Houston's hard-fought win.

It was also an MVP moment. That unprecedented outing seemed to solidify Harden, the runner-up last season for the second time in his career, as the frontrunner for the award.

There are certainly other candidates worthy of consideration. The recent MVPs -- Cleveland's LeBron James, Golden State's Stephen Curry and Kevin Durant, Oklahoma City's Russell Westbrook -- all deserve to be in the discussion again.

James, a four-time MVP, was perhaps the favorite after the Cavaliers ripped off 18 wins in 19 games, but his odds have faded with Cleveland mired in mediocrity over the past month. Triple-double machine Westbrook is surging as the Thunder heat up, but a slow start will be tough to overcome for last season's MVP.

Curry and Durant will likely split votes, and Curry has missed 15 games, more than any MVP in the past three decades. Boston's Kyrie Irving and Milwaukee's Giannis Antetokounmpo created early-season buzz and could get back in the conversation with strong finishes.

None, however, have a case as strong as Harden's as the season nears the All-Star break, despite a hamstring strain that sidelined him for seven games.

"I don't want to talk about that," Harden said when a reporter brought up the case the Rockets superstar is building to win the award this season. "It's way too early."

The performances, however, have done plenty of talking on their own. Here's how Harden is positioning himself for an MVP breakthrough.

Harden improved significantly after finishing second in the league in scoring last season. His points-per-game average has soared to a career-best and league-leading 31.6 -- on pace to break Moses Malone's franchise record for a season -- and Harden is more efficient than ever as the Rockets' go-to guy.

Durant is the only player in NBA history to average as many points with a higher true shooting percentage than Harden's 62.2.

Harden joined Abdul-Jabbar and Wilt Chamberlain as the only players in NBA history to score at least 20 points in the first 35 games of a season. He has scored 20 in all but one game this season and 50 on four occasions. That includes the unprecedented 60-point triple-double and a 56-point, 13-assist masterpiece in a Nov. 5 win over the Utah Jazz, in which Harden was 19-of-25 from the floor, joining Chamberlain as the only players to ever post a 50-point, 10-assist line while shooting at least 75 percent.

Harden, who led the league in assists last season with 11.2 per game, has predictably dipped in that category while sharing playmaking duties with Chris Paul. However, Harden still ranks third in the NBA with 9.1 assists per game, a remarkably rare number for such a prolific scorer.

Harden is on pace to become only the fourth player in league history to average at least 30 points and nine assists for a season. He would join Russell Westbrook, Tiny Archibald and Oscar Robertson (six times).

Go ahead and giggle if you'd like. Snicker and search for the lengthy YouTube lowlights from a few years ago of Harden playing, well, indifferent defense.

Believe it or not, Harden has played a key role in the Rockets' drastically improved defense this season. Make no mistake, the additions of versatile defensive stoppers PJ Tucker and Luc Mbah a Moute have been the primary factor in the Rockets' rise from 18th in defensive efficiency last season to 10th this season -- territory that was a preseason goal for Houston. But Harden's effort and effectiveness have been critical elements in Houston's preferred switch-everything style.

Opponents often attempt to attack Harden, based on his reputation and in hopes of taking some gas out of his tank by forcing him to work hard on the defensive end. Harden, who is averaging career highs in steals (1.9) and blocks (0.7) per game, has consistently been up to the challenge.

According to NBA.com stats, Harden has allowed 0.72 points per possession as an isolation defender this season entering Thursday's win over the San Antonio Spurs, ranking in the league's 82.1 percentile. That makes Harden the stingiest iso defender among the 25 most targeted players this season. By comparison, James and Curry have allowed 1.02 and 1.00 points per possession in isolation, respectively (27.6 and 29.8 percentile).

Harden has allowed only 0.59 points per post-up possession, ranking in the 91.9 percentile. Memphis Grizzlies center Marc Gasol, a former Defensive Player of the Year, is the only defender allowing fewer points per post-up among the 51 players who have guarded at least 50 such possessions.

The Rockets are rolling

Every team among the top two in the standings of either conference has multiple All-Stars with one exception: Harden's Rockets, who have the second-best record in the NBA at 37-13, putting them on pace for a franchise-record 61 wins.

Granted, Paul would probably have made his 10th All-Star appearance if not for injuries, but Harden deserves credit for keeping the Rockets' ship afloat in the 18 games that Paul has missed. Houston has an 11-7 record without Paul, a 50-win pace for a full season. Center Clint Capela sat out two of those losses.

Harden's historic performance in Tuesday's down-to-the-wire win over the Magic was a continuation of a trend of him carrying the Rockets when Paul can't go. Harden has averaged 33.8 points and 10.3 assists in those 18 games.

Even though Harden may not want tobroach the subject at this moment in the season, his teammates, and the rest of the NBA, are taking notice. 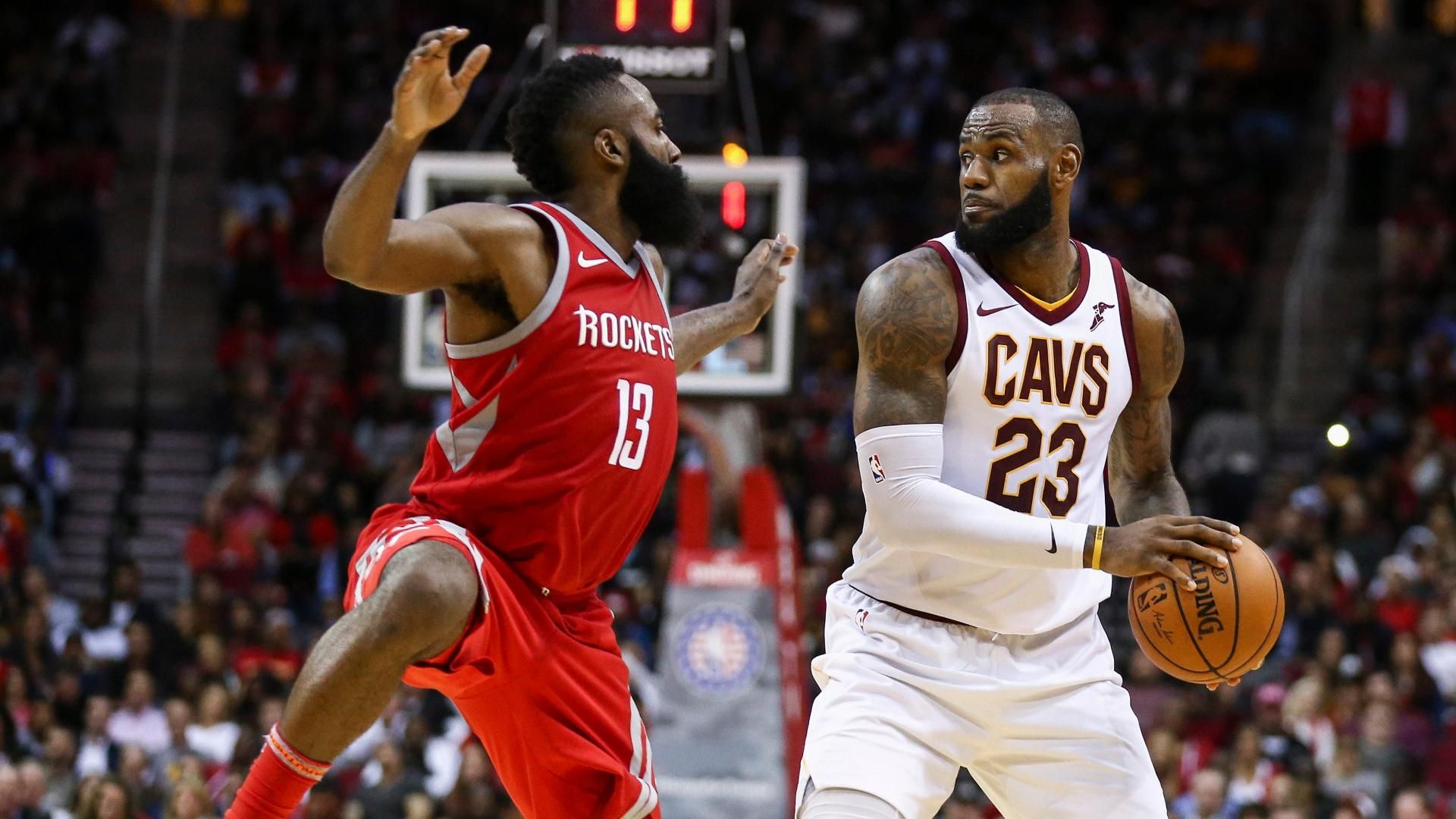 The King or the Beard?
The debate for the 2017-18 MVP has been heating up as James Harden and LeBron James have emerged as leading candidates midway through the season.