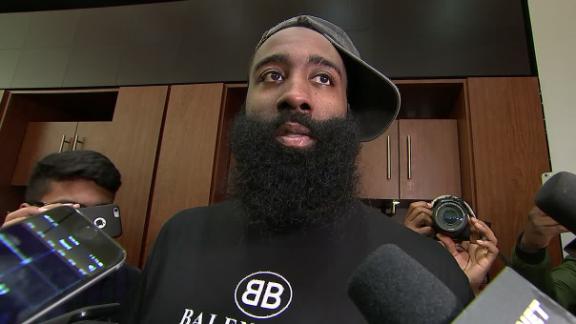 HOUSTON -- James Harden didn't care to discuss becoming the first player in more than a decade to score at least 50 points in back-to-back games, but he made his opinion about the officiating known after the Rockets' second consecutive loss.

Harden fouled out with 26.6 seconds remaining after scoring 51 points in Friday night's 128-118 loss to the LA Clippers. He then was ejected after a testy exchange with referee Pat Fraher.

Asked the source of his frustration, Harden said, "Bulls--- calls."

Harden was called for four of his six fouls in the final 5:13 as the Rockets attempted to rally. He was twice whistled for offensive fouls late, one of which prompted coach Mike D'Antoni to draw a technical foul for arguing with 2:20 remaining.

"I'm tired of hearing, 'I made a mistake,' or 'I didn't see it,'" said Harden, who also scored 51 points Wednesday against theLos Angeles Lakers, who snapped Houston's 14-game winning streak. "That's frustrating when you hear it as a player. I know we all make mistakes, but it's just frustrating."

The last player to have consecutive 50-point performances was Kobe Bryant, who had four in a row in March 2007. Michael Jordan had three straight 50-point nights in April 1987. The only other players with back-to-back 50-point games since the ABA-NBA merger in 1976 are Allen Iverson, Antawn Jamison and Bernard King.

Harden is also just the second player to score 50 points in back-to-back losses. In 1962-63, Wilt Chamberlain had three separate streaks where he scored 50 points in three straight games and lost every one, according to the Elias Sports Bureau.

Harden, who was 15-of-28 from the floor and 15-of-16 from the free throw line, had no interest in hearing about his historic feat after the Rockets fell to 25-6, a half-game behind the first-place Golden State Warriors(26-6) in the Western Conference standings.

"We messed up the game," said D'Antoni, who declined to discuss his displeasure with the officiating. "Our aura is not right. These guys are a little tired. We've got to get guys back. This is an episode, a couple of episodes. The last two games, we just didn't play well enough and without the spirit and all that.

"Guys are kind of a little dead. Whether it's tiredness or whether they're into themselves a little too much, I don't know. We'll work on it, but obviously it's not good enough."

D'Antoni acknowledged that injuries have forced the Rockets to put more on Harden's shoulders in the last two games than they would prefer. Harden played a season-high 43 minutes in the loss to the Lakers and 41 minutes against the Clippers, committing six of his eight turnovers in the second half Friday.

"Obviously, it's tough," said D'Antoni, who anticipates that Paul's status will be day-to-day as he recovers from a strained left adductor suffered Wednesday night. "We're asking him to do [a lot]. Playing 40 minutes, we don't want to do that, but we're trying to win the game, and it's caught up. We have three guys that are key guys for us that are out, and you see the problems.

"We've just got to get healthy and try to win a few and try to battle this and go through some adversity. That's life. We can get through this. It hasn't gone anywhere. We're just a little bit of woe-is-me attitude, and we've got to change it." 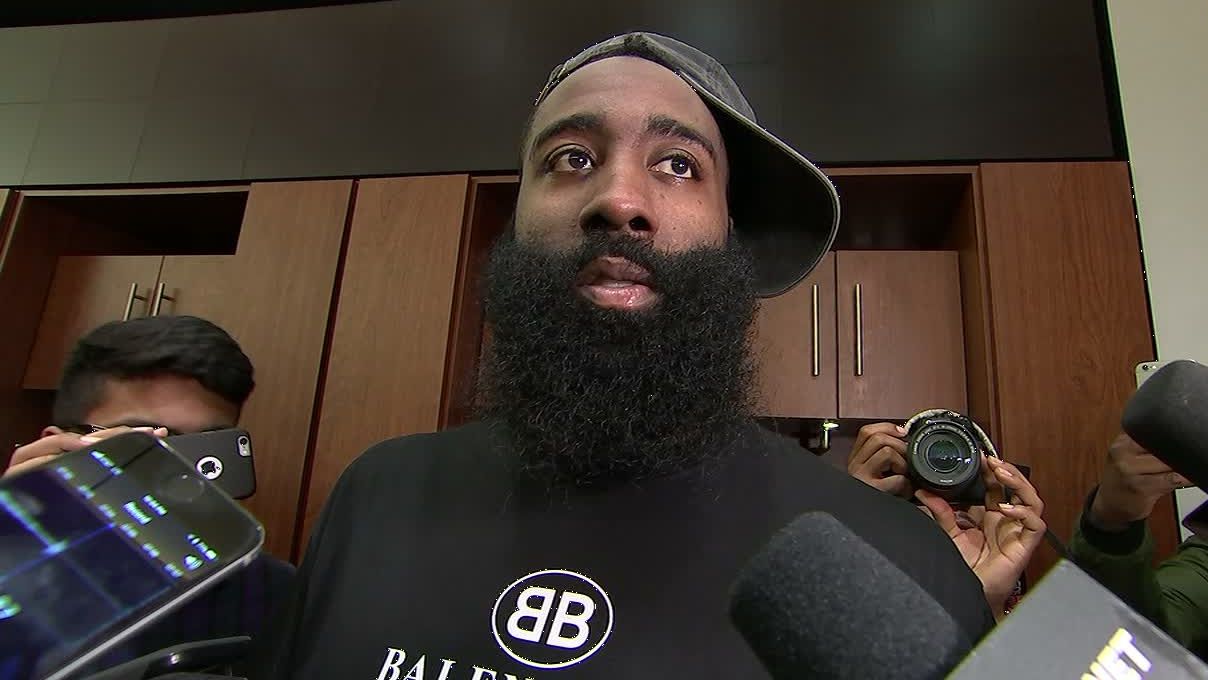 Harden frustrated with officiating after loss to Clippers
After falling to Clippers 128-118, James Harden discusses his displeasure with "a little bit of everything" from the referees.