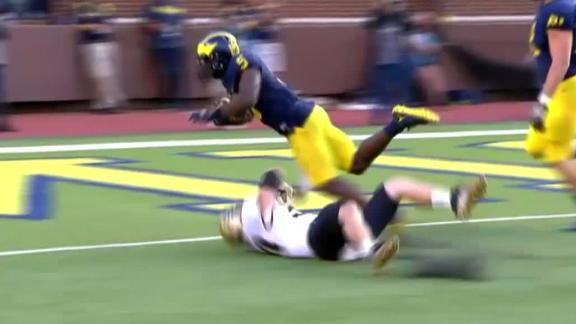 Do-it-all Michiganstar Jabrill Peppers has made his decision. Next, whichever NFL team picks up the versatile defender must decide where exactly to put him.

Peppers, a junior, announced his intentions to declare for the NFL draft on Tuesday, initially revealing his plan to Sports Illustrated. He is projected as a top-10 pick and rated as ESPN NFL draft analyst Mel Kiper Jr.'s No. 1 safety.

Of course, Peppers has shown he can play a few other roles: At Michigan, he spent time at linebacker, cornerback and nickel defender while contributing on special teams as a returner and logging snaps on offense.

"It's one of the hardest things I've ever had to do," Peppers told Sports Illustrated of his decision to turn pro. "I'm choosing between cementing my legacy as a college player and starting my pro legacy. It's something you dream of when you were a kid.

"I was torn between the two."

His final call to turn pro will add to the rebuilding the Wolverines must do under coach Jim Harbaugh, who now must replace 10 defenders who earned at least some form of all-Big Ten honors this past season. Had Peppers returned, his versatility could have eased that burden, but the Wolverines can't be too surprised by the loss of the former five-star recruit and current Big Ten defensive player of the year after three seasons.

Peppers missed Michigan's season-ending loss to Florida State in the Capital One Orange Bowl because of a hamstring injury suffered the day before the game in practice. But he finished his junior campaign as the teamleader in tackles for loss with 16, adding four sacks, an interception and a forced fumble to his defensive totals. He also returned a punt for a touchdown and added three more scores as a rusher during his last year with the Wolverines.

"I think I'll be able to show that I can play one position well when I focus all my time and attention to it," Peppers told Sports Illustrated. "I'm really excited to focus on my back pedal, flipping the hips and my coverage. I'm going to really hone in on that and iron out my weaknesses. I know my weaknesses, and I know what I'm good at and need to improve on." 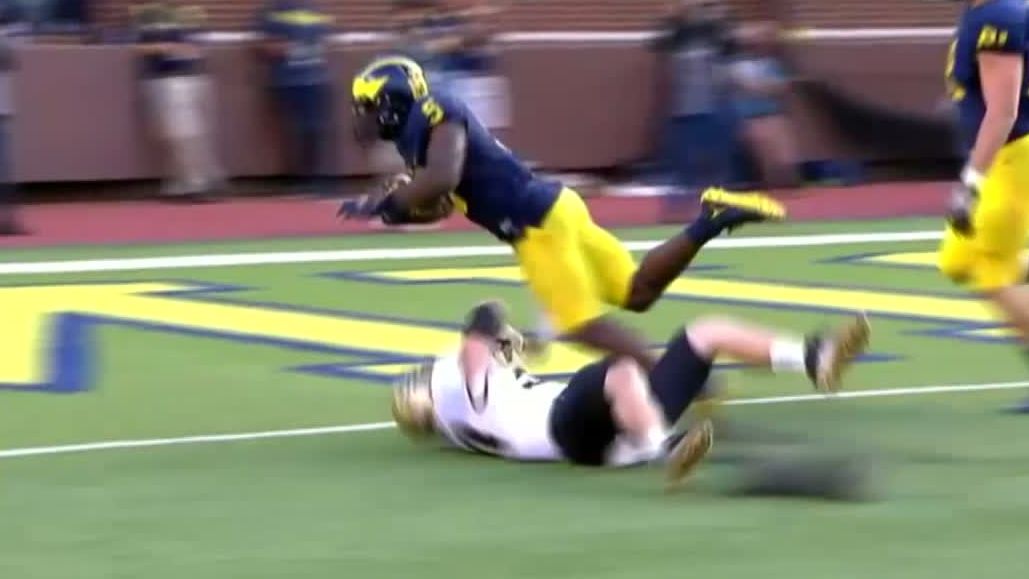 Peppers' best plays of the season
With Jabrill Peppers heading to the NFL, take a look at his three best plays that left us speechless this season.
Related topics:
sportsespnjabrill peppersu mnflnfl draftann arbormichigan wolverines
Copyright © 2022 ESPN Internet Ventures. All rights reserved.
TOP STORIES
Daylight shows home destroyed after standoff with shooting suspect
What we know about man accused of shooting 3 HPD officers
Suspect arrested after 30-minute chase ends on I-45 in Texas City
Clouds clearing today, sunny through the weekend with rain next week
5 people charged in connection with Pct. 5 corporal's murder
How many times can I reuse my N95 mask?
Decades after TV anchor disappears, convicted rapist denies connection
Show More
Driver dies after slamming into 18-wheeler's trailer on US-59
Woman shot in the shoulder during robbery set up in SW Houston
Prepare for a major closure at I-69 and 610 West Loop this weekend
Officers escort body of corporal killed in ambush to funeral home
ABC13 obtains HPD scanner traffic of chase that led to shootout
More TOP STORIES News