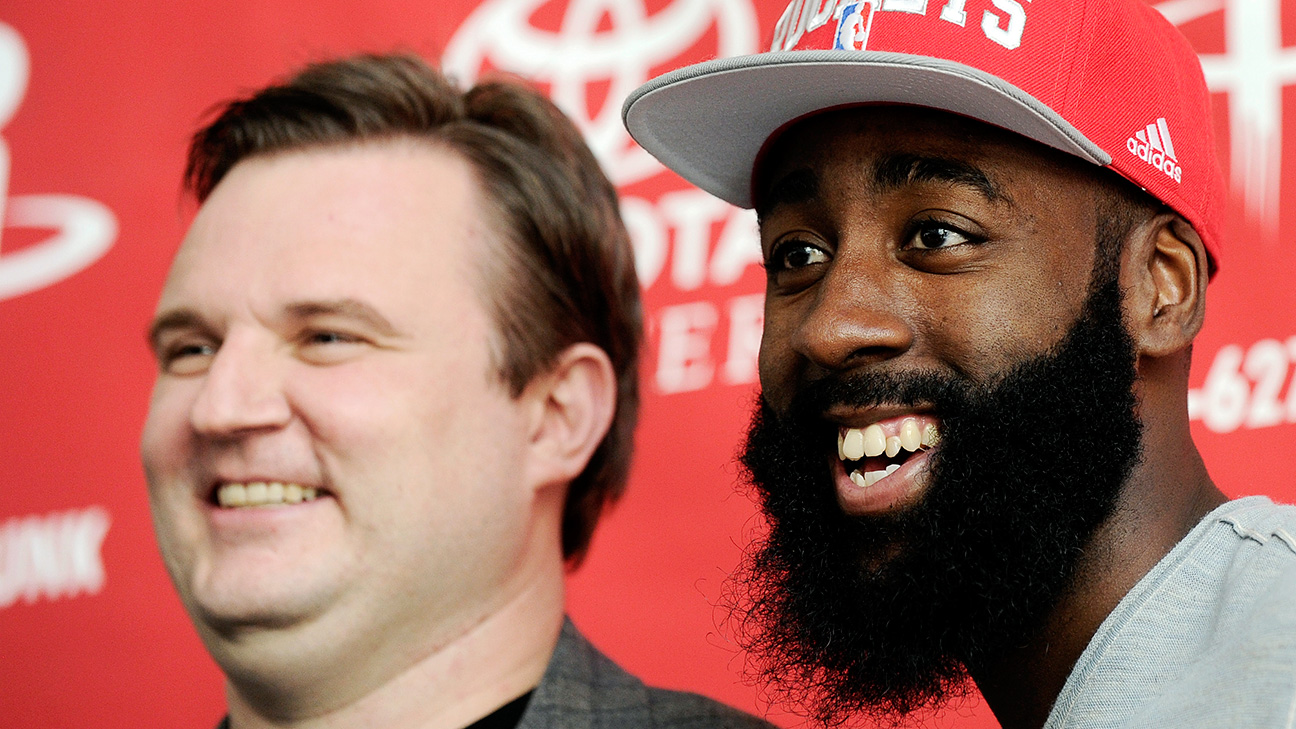 Imagine what the Cleveland Cavaliers might have done with the No. 8 pick in last week's draft if they knew -- really knew -- whether LeBron James would return next season. With a commitment from James, maybe they would have been more aggressive dangling that pick for veteran help. If LeBron had already bolted, or informed the Cavs of plans to do so, they could have picked without even considering his wishes. (In this case, they likely would have selected Collin Sexton regardless.)

This is one kind of scenario the Houston Rockets envisioned in April, when they proposed at a league meeting that the NBA should start free agency at least a week -- and likely more -- before the draft. The Rockets are not the first team to contemplate that notion; Mike Zarren, Boston's assistant general manager, used his very first tweet as a plea to flip the order of the draft and free agency. (The concept is popular across Boston's brain trust; Zarren noted in his tweet that Austin Ainge, Boston's director of player personnel, sold him on the idea.) Other leagues, including the National Football League, schedule free agency first.

But Houston is the first NBA team to officially propose it, and the idea has gained some momentum -- including the support of a few prominent general managers, league sources say. The Rockets are now working with those supporters and the league office to construct a semi-specific calendar outlining how events would flow from free agency, to the draft, and through summer league.

"As a staff, we have been kicking this around for a couple of summers now," says Gersson Rosas, the Rockets' executive vice president of basketball operations, who presented the idea to representatives from the league's 30 teams at a meeting in Chicago ahead of May's draft lottery. "Is there a better way?"

In general, supporters of the flip-flop argue that conducting free agency first would allow teams to use cap space more efficiently -- and increase trade activity at the draft. This year's draft featured only a handful of trades, and for the first time since 2003, none involving current NBA players.

The draft is a natural trade stimulus. It combines the fervor of a deadline with rabid interest in the league's most liquid trade assets -- first-round picks. Those picks reach peak liquidity just before they become actual humans. In the hours leading to the draft, Cleveland's No. 8 pick could have been any player a trade partner might have coveted. The mere act of selecting a player narrows trade options. If the Spurs don't like Sexton, for instance, there is no deal for Kawhi Leonard.

An even bigger draft-day trade suppressor, at least according to Rosas, Zarren, and other backers of the idea: teams hoarding cap space in anticipation of chasing the same star free agent won't make any trade that adds salary and compromises that space.

Only one team ends up with LeBron James. The losers will have wasted their time, and missed potential opportunities at the draft. Some then panic and overindulge on secondary free agents who don't move the needle -- mistakes that can crush teams for years. If those same teams had the draft to look forward to, they might instead keep some space open for strategic draft-day trades.

An even sadder victim: the team that trades down in the draft to unlock cap space for a specific max-level star, only to miss out on both the star and the draftee it really wanted. In 2013, Dallas famously traded down and out of a chance at Giannis Antetokounmpo to pry open a teensy bit more space for Dwight Howard. Whoops. (Mark Cuban has admitted the front office wanted to pick Antetokounmpo, and that he overruled them.)

Are those sad-sack stories reason enough to rearrange the offseason? The teams that missed out on LeBron in 2010 didn't have to lavish Amar'e Stoudemire and Carlos Boozer with max or near-max contracts. And teams who suddenly find themselves in urgent need of more cap space -- the scenario Cuban feared in 2013 -- always have methods of moving money around.

But saving teams from those kinds of mistakes is only a secondary rationale for Houston's proposal -- a happy ripple effect. The main reason for it, supporters say, is to enable smarter and more varied trades at a moment when trade activity is highest.

Right now, the draft happens at the end of the NBA's fiscal year, before expiring contracts actually expire. Cap space that will open up two weeks later remains occupied. On the biggest or second-biggest trading day of the year, there is very little cap space available to facilitate trades -- no place for taxed-out teams to dump players. Players on expiring contracts cannot be legally traded, removing a huge pool of targets. Teams who would love to rent out their space and extract draft picks as the price often can't do so until July -- well after the draft.

(This isn't always true; teams can strike draft-night salary dumps in anticipation of leveraging future space, and delay the official consummation of those trades until July. The recent Charlotte-Brooklyn deal involving Howard and Timofey Mozgov is an example. But that requires a team being absolutely certain it doesn't want to use its space in a more productive way. And waiting two-plus weeks to announce a trade everyone knows has happened is just awkward.)

Flip the order, and teams that need space to fit newly committed free agents could open it by dangling picks in the upcoming draft -- not specific players they've already selected, or faraway future picks.

It is unclear exactly how Houston's proposal would unfold. Rosas hopes to build a calendar not so different from today's version: free agency commencing in late June, the draft around July 10, and the start of summer league perhaps a week after that. But that would push the NBA's calendar back by at least a week to 10 days, and some opponents of Houston's proposal fear an NBA in which urgent business persists well into August, sources say. Everyone needs vacation.

The Rockets have addressed that by building in a two-week window stretching from August into September in which all transactions would be banned -- a new moratorium.

As it is, meaningful free agency can last at least two weeks after July 1 -- and longer if one or two pre-eminent superstars hold up the league. If free agency precedes the draft, there would be instances in which the two overlap, dividing a team's attention. Houston's proposal offers no real fix for that, other than a faith in the NBA's collective ability to do two things at once.

Another common worry from critics: that during the draft, a team will find the best player available on its board plays the same position as someone it just signed in free agency. It is harder to develop a younger player if he never sees the floor.

Supporters counter that signing a free agent point guard shouldn't stop you from drafting another one. A smart team will figure it out, and even find a way to play them together some if the rookie deserves it. (This is not even a problem with wings, anyway. You can't have enough of those.)

The flip side is that having stocked its roster in free agency, a team would be free to draft without fretting about a specific positional need. Houston's proposal might embolden more teams to draft the best player available, which for all but the very richest among them -- e.g., the Warriors now -- is generally the best way to go.

More mundane concerns might torpedo the idea. It takes time for the league and players' union to tabulate revenues from the prior fiscal year, figure out the precise amount players are due, and use those figures to project the next season's cap figure. Teams cannot conduct business until they know how much wiggle room they have beneath the cap and the luxury tax.

That accounting process takes place during the moratorium in early July as revenue figures from the postseason trickle in. It may not be feasible for the league and union to tabulate everything -- especially Finals revenue -- in time to start free-agency signings by June 25 or even July 1. Estimating an expected salary-cap ceiling so that free agency can begin might lead to uncertainty, or even mistakes.

But teams already operate under that kind of uncertainty during the draft. They don't know precisely what the next season's cap will be, and that can make them reluctant to do some major deals. Boston might have pushed harder for Paul George during the 2017 draft, or executed some other move, had it known exactly how much room it needed to preserve in wooing Gordon Hayward.

No system is perfect. The current setup works well enough that simple inertia cuts against any major change.

But Houston's proposal has nudged the dialogue forward. It won't stop anytime soon.